Is Your Child Faking Sick? 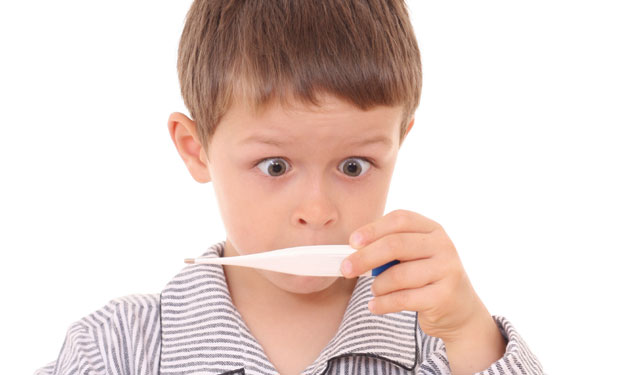 Kids’ griping about aches, pains and ailments can be Oscar-worthy. And faking sick to skip school isn’t rare. Learn why kids do it, whether your child’s illness is copacetic – and what parents can do when they smell a rat.

Not wanting to go to school can occur at any time, the American Academy of Child & Adolescent Psychiatry notes, but it’s most common in children ages 5-7 and 11-14 – when they’re dealing with new challenges of elementary and middle school. It affects girls and boys equally.

The reluctance may follow an extended period at home when kids become closer to parents, like holiday breaks or an illness. Other stressful events, like a family death or moving, may also prompt kids to dodge school altogether. Or your child’s school may frequently call you with news that your child is complaining of an “illness” – just in time to avoid a difficult assignment.

Stomach pains are a favorite tactic. The location will clue you in to the seriousness. “Ask the child to point to where the pain is,” says Richard Weiermiller, a Sterling Heights pediatrician. “If they point directly to their belly button, it’s likely not serious.” Pain around the navel most likely indicates constipation or stomach flu.

If your child points to other areas, investigate further, Weiermiller says. If possible, take the child’s temperature. “Abdominal pain with fever can indicate something more serious.” And it’s hard to fake both of these symptoms at the same time.

Activity levels are another good indicator of whether a child is truly ill. “At every age, if the child is not doing the normal fun things they like to do, it’s a good sign that something is up,” Weiermiller says.

The American Academy of Pediatrics recommends parents “err on the side of sending the child to school,” particularly if you suspect a fake. If your child is well enough to be up and around the house, then he’s well enough to attend school. Once the child is there, symptoms may disappear.

On the other hand, a child may seem fine in the morning, then suddenly develop an “illness” to avoid a test or unpleasant task. Classroom pressures and relationships with other kids may become stressful situations prompting physical complaints.

If your child does remain at home – or leaves school early – don’t treat it like a vacation day, the AAP says. Provide for their safety and comfort, but no special treats. TV, phone and computer access should be strictly limited, and kids should be supervised at home. Your child shouldn’t be allowed to attend after-school activities, either.

When to seek help

Parent or teacher reassurance often solves these issues. But if emotional, learning or behavior problems are interfering with school success, that’s a red flag.

This more serious avoidance, called school refusal or phobia, affects many as 5 percent of children, the AAP reports. Physical complaints occur on school days, and are usually absent on weekends.

If the avoidance lasts more than a week, professional assistance may be needed. First, arrange an exam with your pediatrician. Depending on whether the issue persists – or if your child has signs of separation difficulties when going to school – your doctor may recommend a child psychiatrist or psychologist consultation.

After medical reasons are ruled out, hone in on other causes, says Carol J. Schwartz, Ph.D., of the Psychological Institutes of Michigan in Franklin. “Parents don’t (always) allow or give children the skills to perform on their own,” she says. Issues at home or school, including bullying, could be underlying factors.

“Sometimes kids are afraid to tell parents what is going on,” Schwartz adds. So the child develops physical complaints to get out of a problematic scenario.

Services such as parent guidance, individual child therapy or family counseling can help resolve school avoidance. Treatment should include communication between parents and school personnel – and regular school attendance.

“Insist on school attendance,” says Schwartz. “Unless the child is vomiting with a fever, send them to school.”