Why Kids Should Not Have Cellphones Before Age 12

This West Bloomfield mom of three says cellphones expose kids to too much, too soon. 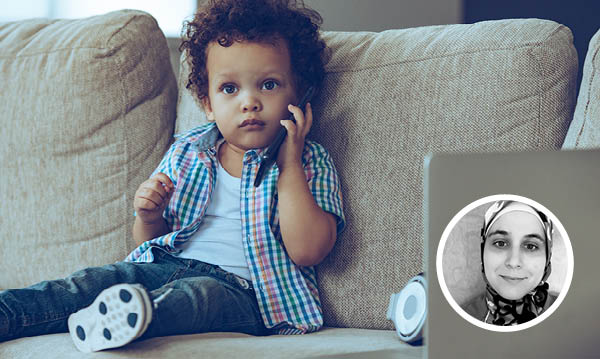 I’ll never forget the first time I learned what sexting was. I was sitting in a New Media and Privacy Class at Wayne State University as the professor explained the details – and it was at that instant I decided I wouldn’t let my kids have phones.

That was six years ago, and social media and the duck face weren’t as prevalent as they are today. As a mother of three girls ages 13, 10 and 8, my stance hasn’t changed much, but it has softened.

According to a 2015 Pew Research Center study on teens, social media and technology, nearly 73 percent of teens have access to smartphones and an additional 15 percent to cellphones. To say that I feel pressure and guilt to give into my children’s constant demand to buy them a phone would be an understatement.

However, as parents we are taught to protect our children. We take them to their pediatric appointments and make sure they are immunized. We teach them to look both ways before crossing a street and about stranger danger. We pack them healthy food and teach them healthy habits. Yet we hand over the world – good and bad – into their tiny palms.

This double standard has left me dazed. I’ve seen children in my daughter’s third grade class come to school with an iPhone. I understand that there are positives to smartphones. Parents have easy access to their children at all times, and these tiny gadgets keep kids easily entertained.

Still, the negatives far outweigh the positives. In a recent study conducted by the Hospital for Sick Children in Canada, researchers found that the more time young children spent using handheld devices, the more likely they were to have speech delays. Another study at the Harvard T.H. Chan School of Public Health found that screen time correlates with an increase in obesity and decrease in sleep for adolescents.

Kids 12 and under don’t have the maturity level to navigate the internet safely. I see adults that are addicted to their phones. The constant urge to check for likes, emails and messages is powerful, and social media sites program their features to be addicting. Why would I expect my children to overcome an addiction adults struggle with?

The request to get my oldest a phone started around the fifth grade. I told her I wouldn’t consider it until she entered high school. She asked me if I trusted her, and I told her I did, but I didn’t trust the internet.

When my kids aren’t with me, they are at school, where there is a phone in the office. When they are at an extracurricular, I make sure to know the phone number of the chaperones. If they need to call me, they know it’s OK to ask to use a phone.

The New York Times once referred to Steve Jobs as a low-tech parent, because of the rules he placed on his kids’ screen time. Bill Gates didn’t allow his kids to have smartphones until they turned 14. I don’t like to think of myself as a strict mom, but rather more like Bill Gates.

When my daughter starts high school, she’ll get a cellphone, and when she starts to drive, she’ll probably need a smartphone. Until then, I’m going to stick to low-tech parenting.

Farmington Hills mom of two says kids should have cellphones before age 12. Read her take here.

If you want to join the fight to help end gun violence, start with these organizations.
Read more
Parenting

How busy moms can really — and should — make time for themselves.
Read more
Advice