The new research from Michigan State University reinforces the importance of fostering a 'growth mindset' in kids. 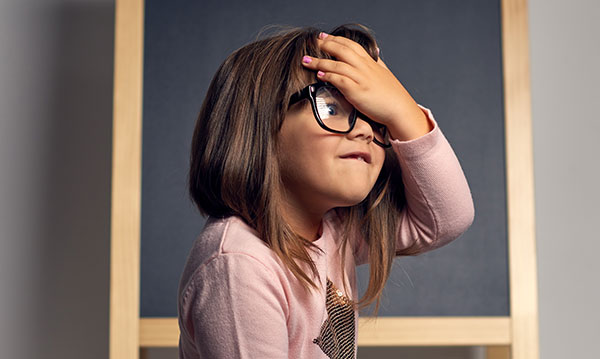 A new study found that kids who have a growth mindset are more likely to pay more attention to their mistakes – and recover from them – than kids with a fixed mindset.

The Michigan State University study measured the brainwaves of 123 children with an average age of 7 years old, according to a press release from the university.

The research points to the importance of parents and teachers making sure that kids pay attention to the mistakes they make and learn from them instead of shying away from the issue.

“The main implication here is that we should pay close attention to our mistakes and use them as opportunities to learn,” Hans Schroder, the study’s lead author and a fifth-year doctoral student in MSU’s Department of Psychology, says in the press release.

Metro Parent wrote about the importance of fostering a growth mindset in kids – including input from Schroder – in a 2015 article.

Unlike kids with a fixed mindset, who believe their intelligence is set, kids with a growth mindset believe hard work and persistence will lead to success in any topic.

In this new study, recently published online in the journal Developmental Cognitive Neuroscience, brain activity was measured as kids took a computer-based accuracy test. Within a half-second of making a mistake on the test, researchers found brain activity increased as the child became aware of and paid close attention to what went wrong. A bigger brain response meant that the child was focusing more on the error.

While previous research found that kids with a fixed mindset don’t want to acknowledge their mistakes, this study found that even kids with fixed mindsets could bounce back from mistakes as well as kids with growth mindsets as long as they paid close attention to their errors.

So what does this mean for parents? Don’t be afraid to talk about your child’s mistakes. You shouldn’t tell them “you’ll get it next time,” for example, without helping them see what went wrong.

“Instead they could say: ‘Mistakes happen, so let’s try to pay attention to what went wrong and figure it out,'” Schroder suggests in the press release.

As Schroder told us in 2015, the language you use with your kids is an important part of fostering a growth mindset. As another example, using “smart” is discouraged.

“If you say ‘you’re smart,’ that’s inducing a fixed mindset,” Schroder explained. “Instead you want to focus on the effort, the strategy, the specific thing that you did to earn that score.”

If a child is told he’s “smart” for earning a high score on a test, he might assume he’s not smart if he makes a mistake.

“Kids come to that conclusion by themselves,” Schroder says.