That's just one of the findings of a new study that looked at parent and child perspectives on technology rules in families. 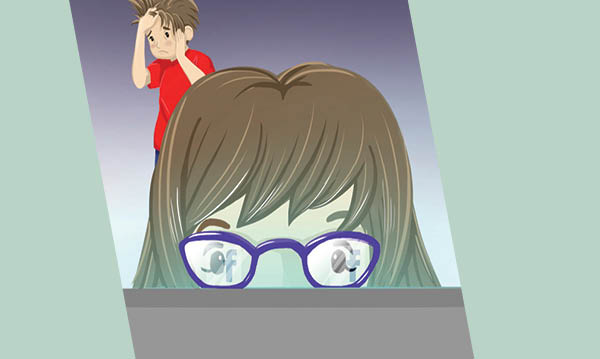 From pregnancy and birth to the first day of school and college graduation, today’s parents post every milestone of their child’s life to social media. Some even create their newborn’s Facebook or Instagram – establishing baby’s online presence instantly.

While Facebook offers community and support for parents, it can also be a source of frustration for their kids.

In fact, a new study says kids would prefer if their parents stopped posting photos of – or statuses about – them without permission.

That’s one highlight of a new study by the University of Michigan and University of Washington that looked at technology rules in families.

“Kids as young as 6, 7 and 8 are asking their parents, ‘Are you going to put that on Facebook?'” says Sarita Schoenebeck, an assistant professor with U-M’s information school and a study co-author. Questions like this are common. Technology use in daily life has significantly increased, and it’s clear social media has changed the landscape of family life.

Schoenebeck and her fellow researchers wanted to get a better idea of technology restrictions, if they’re honored and how both parents and children feel about them. To do so, they looked at data from 249 parent-child pairs across 40 states.

While parents and kids ages 10-17 aligned on several rules, there was a huge difference in how children felt about what their parents posted about them online. “Parents are sharing before children are even born,” Schoenebeck says, “and there’s a big question about how kids feel about having that identity.”

Children report being embarrassed and frustrated by this content, while parents seem less worried. “Our results suggest that children’s need to control their online image is undermined by the common parent practice of sharing information about children online, a result that echoes recent works suggesting that parents feel other parents overshare as well,” the study notes.

Despite this disconnect, parents and children did align on several other key rules:

Setting boundaries was a struggle for both parents and kids, too. It was harder for parents to enforce “no Snapchat at night” vs. “leave your phone downstairs at night,” she says. Context rules simply don’t work.

Something that does work? Involving kids in the rule setting. “Rules where kids felt like they had a say, helped to form it or shape it, they were more likely to follow those rules,” Schoenebeck says. Work together.

No one knows what impact that status about your teen’s suspension will have on her in the long-run, but one thing is sure: In the present, kids are often embarrassed by your posts. And they want you to ask first.

It’s unreasonable every time, Schoenebeck says, but have a conversation about what’s appropriate. “In general, the things that are more OK (with kids) are the more positive things: sports, music, sometimes the good grade in school,” she says. If you’re taking to Facebook to be critical, think twice. Negative posts tend to embarrass kids, she says.

Ultimately, both parents and kids should respect each other’s online presence, she adds. After all, it’s there forever.