Kids Who are Picky Eaters: What to Do When Meals Become Battles

Got a major food fight brewing at the family table? Southeast Michigan experts share advice and tips for parents to help avoid or diffuse mealtime struggles. 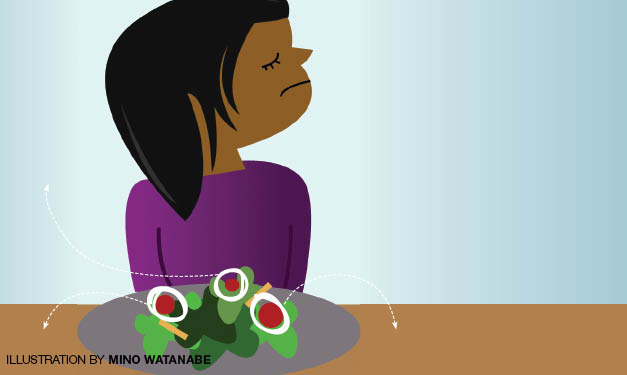 For parents of a picky eater, the kitchen can sometimes feel like a battlefield. The importance of a healthy diet is lost on the child set on eating chicken nuggets for every meal. And with kids and parents squaring off over what the child will or will not eat, mealtimes can be stressful for the whole family. What’s a concerned parent to do?

First, remember you are far from alone. More than two-thirds of moms reported having a picky eater, according to a survey by Abbott, the makers of PediaSure nutritional shakes. In fact, picky eating is expected in younger kids, says dietician Anne Van Wagoner of Children’s Hospital of Michigan in Detroit.

The heart of the issue

Van Wagoner, who has raised a picky eater of her own, says fussy eating isn’t a health problem as long as the child is gaining weight and growing – although adding a multivitamin to the child’s diet couldn’t hurt.

Picky eating only becomes a concern when kids are eliminating an entire food group or decreasing in weight percentile, she says.

Parents often feel responsible for what their child eats and how much he eats, Van Wagoner says, but they are only responsible for buying, preparing and serving healthy food.

That takes some of the pressure off parents. Still, meals with a picky eater can get rocky; what can parents do to help mealtimes go smoothly?

But although those strategies may help get the family through dinner, they can send the wrong message to kids.

Often, kids pick up negotiating skills instead of better eating habits. Using a sweet dessert as a reward for the child who finishes her broccoli reinforces dessert as the desirable food and veggies as the undesirable food.

And forcing a child to eat an undesired food can leave parents feeling like the “bad guy.”

Van Wagoner offers a better solution: “It’s important to give attention for trying new foods – and to turn your head” when a child refuses a food, she says.

Kids can use picky eating as a way to take control, and giving them attention for it only reinforces the bad eating habits, Van Wagoner explains.

“Don’t panic. Don’t be afraid your kid is going to starve,” she says. “Realize that you’re changing a child’s eating habits for life, not for a day.”

The mom of four stressed the importance of eating together as a family as often as possible. A family dinner encourages relationship development as well as a healthy diet, she says. And with the right techniques and some patience, those family dinners can be a positive, pleasant experience for everyone.