Learning How to Forgive Others

Find out why holding on to anger, judgment and resentment isn't good for you in these trying times and get tips on how to forgive others. 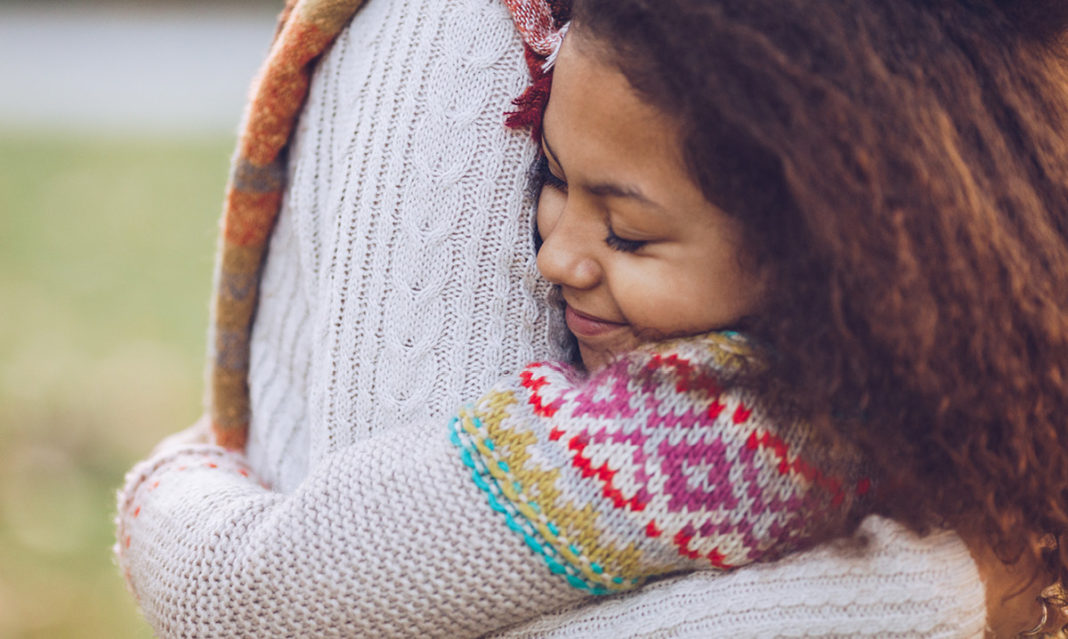 The Washington Post dubbed this period an “angry incubator,” while mental health experts are warning of widespread distress.

There’s a ton to be angry about these days, from the virus itself (it’s ruining everything!) to e-learning to Zoom to the election to BLM to all the canceled events . . . the list could go on and on.

Social media has turned seemingly friendly people into trolls, with arguments erupting over everything from mask-wearing to gatherings deemed not “socially distant enough,” to vacation decisions akin to making a deal with the COVID-19 devil.

“In this climate, there is so much divisiveness,” says Gina Handley Schmitt, a psychotherapist and author of Friending, which focuses on forgiveness. “I think forgiveness could go a long way to healing some of the divides that currently exist, while we can also continue to acknowledge that some of the issues we are facing are more important and worthy of our ongoing advocacy.”

But how do we move on from anger when we feel like we’re being crushed by the force of all the unfairness suddenly thrust upon us?

It’s totally normal and OK to feel angry – especially right now, says Gail Saltz, associate professor of psychiatry at the New York Presbyterian Hospital Weill-Cornell School of Medicine, and host of the Personology podcast. Denying your anger tends to make you explode later in an unreasonable way, prevents you from attempts at problem-solving or causes you to implode by having symptoms of repressed anger, Saltz says.

“But at some point, holding onto anger or ruminating over anger that has no problem-solving solutions in an obsessive way leads you to consume your mind with constant negative thoughts,” she says. “This can, over time, lead to self-destructive behavior and symptoms of high stress, which is why at some point, finding a way to let it go is better for your mental and physical health.”

Letting it go can be deciding that you can put your anger aside even though you don’t really forgive the other person: you agree to disagree. Or, you can actually forgive.

The benefit to forgiving is that it alleviates your anger and the accompanying symptoms, Saltz says.

Elizabeth Cohen, a licensed clinical psychologist and weekly contributor to Psychology Today, describes herself as a “recovering zealot.”

There was a time Cohen would be judgy and angry about masks, indoor haircuts and general COVID-19 behavior. That was until she realized that it’s essential to understand that thinking you know better than another person is not just an opinion – but also a judgment. Even if your judgment is totally correct, this judgment does nothing to change the other person, and more importantly, being judgmental sucks your energy dry.

The physical effects of staying angry

Think about the last time you were complaining to a friend about your ex, your boss or your friend’s behavior, Cohen says.

“Reflect on how your body felt,” she says. “Remember how worked up you got?”

Studies find that if you hold onto grudges, you’ll have a chronic stressor. Every time you think about the issue, your body will produce cortisol, the stress hormone – it’s that feeling that your “blood is boiling.” This can raise your blood pressure, and over time, can cause health problems.

Another study published in Scientific Reports linked the tendency not to forgive with depression, neuroticism, sleep problems, hypertension and cardiovascular disease.

Conversely, a study found that cortisol levels drop if you perceive that the other person is open to apologizing. And brain imaging studies of those who practice kindness rather than anger find that kind people have enhanced signals from their brain associated with empathy.

Those who don’t forgive – especially couples – become competitive, focusing on who is winning the arguments rather than how to get along. This leads to detrimental relationships between you and the other person – and within yourself.

It’s a lot of emotional energy that would be better spent on something you wanted to change in your life, rather than on what you believe someone else needs to change.

So how do you stop judging and learn to forgive?

Often, when we are upset with someone, it’s because they’re demonstrating a behavior about ourselves that we don’t like. For example, if you’re judging someone who is not following the suggested guidelines by not wearing a mask, maybe you’re angry because you’re uncomfortable with the times you have bent the rules? Or maybe you’re angry that you never break the rules, while others seem to get away with it? You may be envious that they can be so cavalier, and you have to always watch what you do and say.

“The more we understand our feelings, the better we can help ourselves,” Cohen says.

It’s also important to take control of the situation.

Carrie Krawiec, a therapist at Birmingham Maple Clinic in Troy, says she had repeat conflicts with a family member whom she believed was dishonest. So instead of getting angrier and angrier, she confronted that person, explaining that it was hurtful and wrong behavior.

“But because this pattern of interaction had existed for a while, I had to reflect on my own role,” Krawiec says. She decided to stop asking about topics that triggered her family member’s impulse to lie.

Once she decided on her path forward, Krawiec was able to let go of her anger. She had forgiven.

“I would argue that one cannot truly move on without forgiveness,” says Jared Grant, a relationship-oriented psychologist.

There’s one step that most people forget to take, however, and that’s forgiving yourself first. Often, we beat ourselves up for not knowing better, for not seeing this coming. So you’ll need to forgive yourself so you don’t carry the negativity and weight of the anger.

“It’s less about others when you get down to it,” Grant says.

It’s also the path to peace and connection. In any relationship, it’s the repair after the rupture that brings the closeness. For example, Grant says, couples who say they never fight are more alarming to him as a psychologist.

“To me, that’s a clear indicator that communication is not going on,” he says.

And if you’re having a difficult time forgiving?

Do it anyway, he says.

“It may sound trite, but sometimes, it’s nice to think of it like a muscle that needs training – it’s not going to get easier if you just don’t do it,” Grant says.

One way to help with your struggle to forgive is to focus on empathy; to place yourself in someone else’s shoes or mask, says Kahil King, a mental health expert specializing in behavioral social sciences. Imagine what it may feel like to experience certain circumstances, she says.

A warm stack of flapjacks with butter and syrup really hits the spot any time of day (or year!). Get your fill at these southeast Michigan pancake spots.
Read more
Health

Want to change your workout routine in 2022, but don't know how to find personal trainers in metro Detroit? Here are some pros in Macomb, Oakland, Washtenaw and Wayne counties.
Read more
Things to Do

'Even in our darkest moments, there’s light where you least expect it.'
Read more