April Baer, the new host of NPR's 'Stateside' talk show, talks about her passion for radio and how she melds that with being a mom. 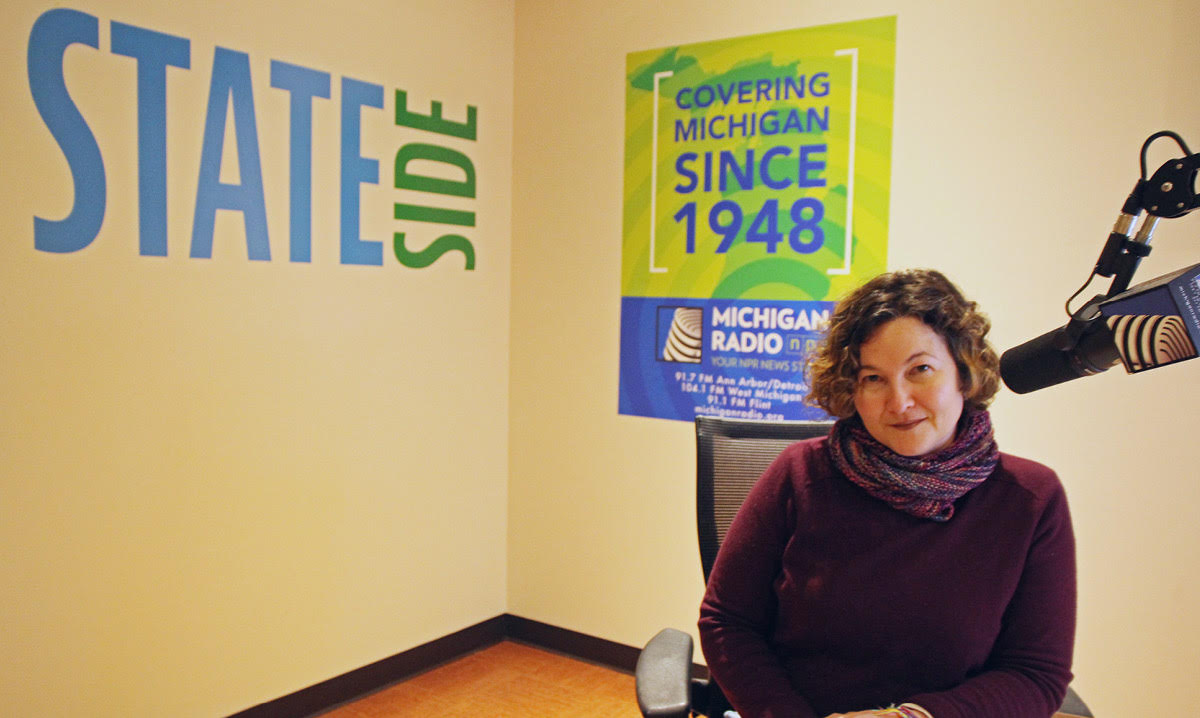 April Baer’s 4th grade daughter knows more than most kids about current events – not surprising given that her mom is a veteran public radio reporter.

In December, Baer joined Michigan Public Radio as host of the popular Stateside talk show, which takes a deep dive into all things Michigan. Her first episode aired Monday, January 6.

She has a passion for her work, but also appreciated some “down time” around the move.

“Having time before I had to plunge into work was a real gift,” she says. “It was a challenge for me to stay in neutral for that long, but that time turned out to be incredibly important for my daughter and me.”

The Baers returned to the Midwest, in part, for family reasons. April’s husband, Ryan, is a native of Ann Arbor, which is where the couple purchased a home last year, but there was also a professional draw.

“It was kind of interesting to think about being back in the region in such a momentous year,” Baer says. “Michigan is very different from Oregon but there are also similar themes in both states’ experience that seem relevant to me.”

While they moved around the holidays, and with Baer’s daughter fighting pneumonia two weeks before they left the Pacific Northwest, Baer says spending quality time with family has eased the transition. Making friends and the support of a welcoming school community have also been key to her daughter’s successful adjustment.

“The biggest thing was finding her ‘girl gang’ in the neighborhood,” Baer says. “That’s when things got better.”

Over the years, Baer said, being a mom and working in the news business have worked together in unexpected ways.

“I was afraid I would be less of a reporter, because of my responsibilities at home,” she says, “but (parenting) informed my reporting in ways I never dreamed of.”

Baer says she often took her daughter along to interviews and discovered “it’s really hard for people to prevaricate when they’re focused on this small person in the room.” But she protects her girl from much of her work world.

“The first six or seven years of her life were very strange to me because I didn’t listen to my own station around the house,” Baer says. “Public radio doesn’t sugar coat… She understands Black Lives Matter and the role of the police, and that broke my heart, but I am absolutely committed to her having names for all the bad things in the world. It’s a very challenging time to be a parent.”

Baer says her daughter isn’t much of an audiophile. She’ll listen to audiobooks, but prefers to have mom read stories. They move through the mysteries of Sherlock Holmes; past favorites include Erin Hunter’s Warrior series, the saga of feral cats who live in clans and fight mysterious dark forces.

Podcasts are more of a solo treat for Baer, who listens while working around the house. She recommends these for families:

“I think everyone should know about Dolly Parton,” Baer says, noting the pod is appropriate for parents and older kids. “It’s a super-engaging listen and fast-paced.” The name of the podcast is taken from a college course offered by the University of Tennessee and focuses on the iconic country singer.

Parents should be mindful of the subject matter for each episode, Baer says, “but it’s all storytelling.” Every episode features speakers who share their experiences around a common theme.

This popular public radio quiz show did a kids’ edition in 2018 featuring Neil Patrick Harris. “I really hope they do more of those,” Baer says.