Make an Adoption Lifebook for Your Child 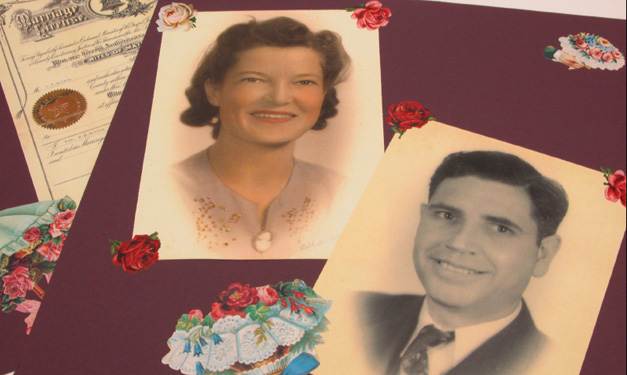 It’s natural for adopted children to eventually have questions about their lives – including who their birth parents are and why they were adopted-away from their birth family. All kids deserve to know about their lives. But adoptive parents can struggle with how to delve into their child’s past.

An adoption lifebook is a key starting point for many families. This is a scrapbook that parents put together from scratch – sometimes with the help from a social worker or other supportive people – telling the child’s story.

“A lifebook connects a child to their roots with pictures and words,” says Dina Novelli, adoption coordinator at The Children’s Center in Detroit and formerly the adoption supervisor at Evergreen Children’s Services, a private, nonprofit foster care and adoption agency in Detroit. Novelli believes the lifebook causes fewer gaps in the child’s childhood – and answers the question of, “Who Am I?”

“If you don’t fill in gaps they do it themselves, and that (can) become detrimental,” says Novelli.

The lifebook has three essential components:

It’s important to document as much as possible, Novelli says, from basic facts to memories. Getting details about the child’s birth parents is even important.

Sometimes, though, kids are adopted when they are a little older, so parents wouldn’t know about their childhood. That’s where the lifebook becomes even more critical: It physically can take the place of a birth certificate and other “evidences of growing up,” according to Arizona-based Adoption.com.

“This would be harder, but parents could try to get pictures from their foster care,” Novelli says. No matter what records parents can obtain, however, “they should definitely start from the date they adopt the child.”

Novelli and her team are sure to mention lifebooks to parents that are looking to adopt: “We encourage all parents to do this. It is really good for the child.”

The lifebook for adopted kids can be created in many different ways. Two of the most popular are a picture book and a chapter book. The chapter book is know for expressing the child’s life with imagery and words – which can help clarify any questions the child might have.

You can opt to use a company to create your child’s lifebook, such as Adoption Lifebooks. Other sites provide layout ideas and inspiration, such as Scrap and Tell or Shutterfly. Find maps of specific countries (and special cutouts with adoptive families in mind) at Red Thread Maps.

However you approach your lifebook, it can be as tailored – and go as far as – the child and parents want.

“The lifebook has no limitation at all,” Novelli says, noting that additions are common. “The child could now be graduating college. If they want that rite of passage in the book, they definitely should go for it.”

Are you prepared to tell your child they are adopted? Get some insight on how – and when – to have the conversation.

Ready for Kindergarten? At Wayne-Westland, Your Family Has Options

6 Unique Ways to Volunteer at Your Child’s School

Looking for ways to volunteer at your child's school? Detroit parents go beyond the PTA meetings with alternative ways to give back and get involved.
Read more