Making Kids Give Hugs and Kisses: Should Parents Stop?

It's a common issue for parents who feel torn between offending relatives and respecting kids' choices. Two southeast Michigan psychologists weigh in on making kids give hugs and kisses. 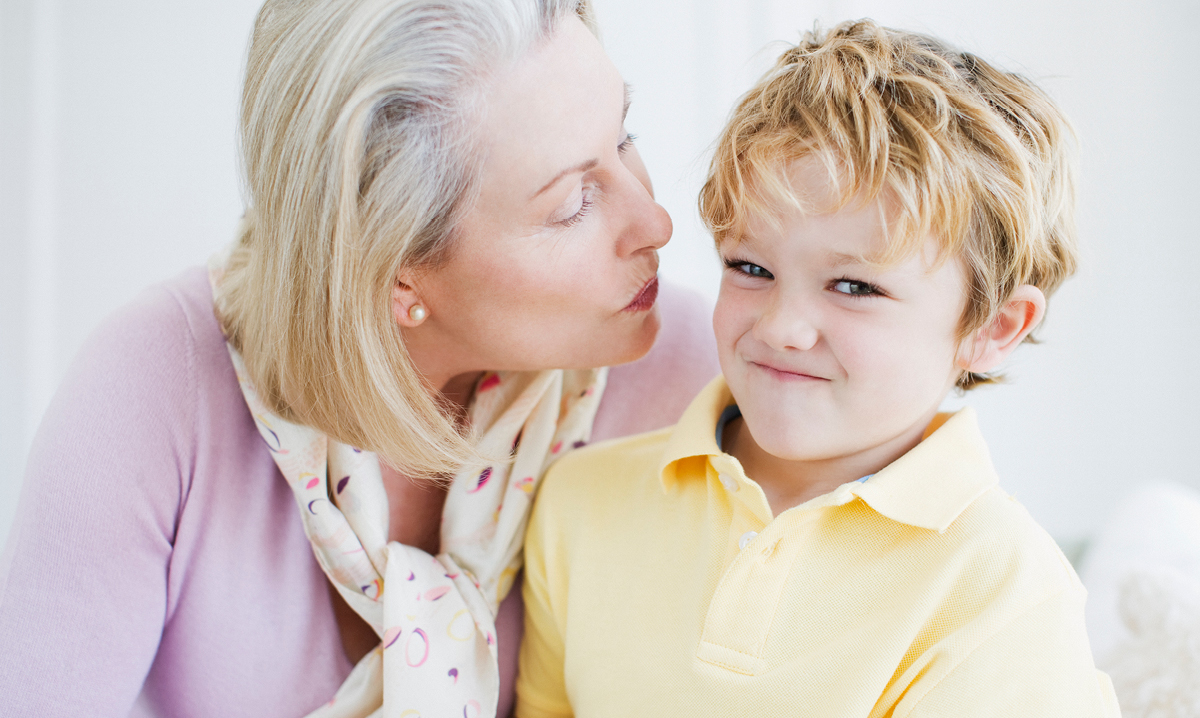 It’s the big family reunion and every aunt, uncle and cousin you ever knew is anxious to shower your kids with affection. Is making kids give hugs and kisses fine in these cases?

And what if your kids aren’t too keen on the idea?

You might remember similar scenes from your own childhood. In fact, many of us were taught it’s a sign of respect to personally greet each relative in the room with a hug or kiss.

So is it a sign of disrespect if your kids don’t?

That can raise a sticky situation for parents with kids of all ages. Do you err on the side of making kids give hugs and kisses – or let them politely decline?

There’s no clear-cut answer, according to two local psychologists. Here’s what they say.

Why it’s not OK

Forcing your child to kiss or hug anyone – even a grandparent – isn’t necessary to teach children respect, says clinical social worker and licensed marriage and family therapist Lori Edelson, the director and owner of Birmingham Maple Clinic in Troy.

“If a child really has an aversion to it, I’m not sure that forcing them to do it is teaching them that this is the way that we respect other people,” she says. “I think there are other ways to do that.”

Edelson says she has spoken with patients about the issue and experienced it herself as a parent and an aunt.

“I certainly understand when adults feel offended or hurt that their young children or grandchildren or nieces and nephews, or their own children, don’t want to kiss them or hug them,” she explains.

“However, I think that it is important to know that there are other ways to show respect and closeness and a strong relational bond than just through kissing and hugging.”

So what should your kids do instead? “We can teach kids to say, ‘I don’t really like to hug and kiss that much,'” for example, Edelson suggests.

“We can teach kids that it’s important to make great eye contact, to listen, to be polite and friendly, to say hello and be responsive when an adult speaks to them or asks them questions.”

Your child might offer to play a game with grandma instead, read a book together or get out some toy cars. Having a nice conversation is likely to be more impactful than making kids give hugs and kisses anyway, she says.

“I think giving a kiss and a hug and then running away doesn’t necessarily show respect more than saying hello, looking someone in the eye,” she adds. “I’m not sure forcing a child to (hug or kiss) has a benefit.”

The word “force” is also key. “You don’t want to ‘force,'” Edelson emphasizes. “When do we force and at what price is it worth it?”

Parents and other adults should be sensitive to the discomfort some kids might feel.

“If the child is shy and doesn’t know the person very well, I don’t know why they would expect the child to be physically affectionate,” she says.

And be sure to let kids know you respect their decision. “It doesn’t mean you don’t love your grandma – it just means you’re not in the mood and don’t feel like kissing them right now,” she says.

Dr. Eric Herman, a clinical psychologist with Children’s Hospital of Michigan, says encouraging affection toward relatives is just teaching your kids how to be part of a family.

“My first thought is, kids should hug their relatives. I’d like to make that happen if we can,” he says. “I think it’s good socialization. I think we’re helping kids to develop their relationships and that’s a traditional way to do it.”

It might not come naturally and that’s where parents can step in, modeling the way they’d like their kids to behave.

“Parents should model that by example. Kiss and hug grandma and aunts and uncles,” Herman recommends.

Though he recognizes that “it kind of flies in the face” of the stranger-danger talks when kids don’t know certain relatives very well, he points out that parents are only asking children to show affection to known, safe family members – not strangers.

“These people – even though they’re relatives – if they don’t see them very much they’re kind of strangers. I get it,” Herman says. Still, “your family is not strangers.”

Greeting relatives with a hug or kiss might be more of a challenge for kids who are especially shy or prone to anxiety.

“If the child is super anxious, we’re going to have to work on that. We can’t just force them to do it and then have a big meltdown or a big problem at a family holiday,” Herman says, comparing it to making a child sit on Santa’s lap even though the child is crying. “It’s not good.”

But when it comes to the average child who just doesn’t feel like giving a hug or kiss to grandma, “the thing that I don’t like is when parents don’t teach their kids to be respectful.”

Sometimes, Herman says, parents are more interested in avoiding a meltdown or tantrum than they are about teaching respect.

But as an uncle, cousin and friend with kids in his own life who might not know him as well, Herman expects people to be reasonable and says he wouldn’t expect a hug from a child who hardly knows him.

“I don’t need a hug,” he says, adding that he realizes “it’s nothing personal.” But if other more distant relatives are expecting a hug or kiss, “it gets sticky.”

Encouraging the affection shouldn’t be harmful as long as your child knows the person is safe and you’re there with them, Herman says.

Of course, parents can – and should – still talk with their kids about wanted and unwanted affection.

“We all should be cautious and careful with our children,” he says. Likewise, “You show your kids how to greet somebody and what’s OK, what’s not OK. I don’t think there’s anything wrong with that.”

Issues originating from making kids give hugs or kisses to relatives seems unlikely. “I don’t see that as the problem,” Herman says.

“I’d be more concerned about the kids being disrespectful to their relatives and not learning how to be part of a family.”

If this issue comes up in your family, keep an open dialogue with your children about it. You can let them know that grandma asks for a hug because she’s excited to see them and loves them, Edelson suggests.

Tell them, “It’s not a bad thing that they want to do that. But if you aren’t comfortable with it, it’s OK to tell them, ‘I’m not in the mood for a kiss right now,'” she offers.

If you do insist that your kids offer hugs or kisses, explain why, Edelson recommends.

“If the parent has the feeling that they should do it anyway, I think it’s important for the parent to explain to the child, ‘Even though you don’t know this cousin very well, this is a very close part of my family – we love this person very much and we know that this is a safe person and we’re with you,'” she says.

And if you’re having second thoughts about making kids give hugs or kisses to relatives when they didn’t want to in the past, know that once or twice is unlikely to cause harm or lasting confusion.

“I think if it’s a repeated experience, if a child is continually put in a situation where they have to be physically affectionate and it’s over and over, I think that there’s a message there that’s very confusing and I don’t think that’s healthy,” Edelson says.

“I think if a parent realizes that the child is uncomfortable and it’s a one time deal, or a two time deal, I don’t think that it’s necessarily confusing. I think that it’s still important for the parent to clarify, ‘I’m only saying this is OK because I’m here, I know this is a safe person.'”

What do you think? Should parents insist on kids hugging or kissing relatives? Tell us in the comments.