How to Manage Your Child’s Anger

Got a big kid who's prone to temper tantrums? Here are six steps to help parents deal with anger issues in children. 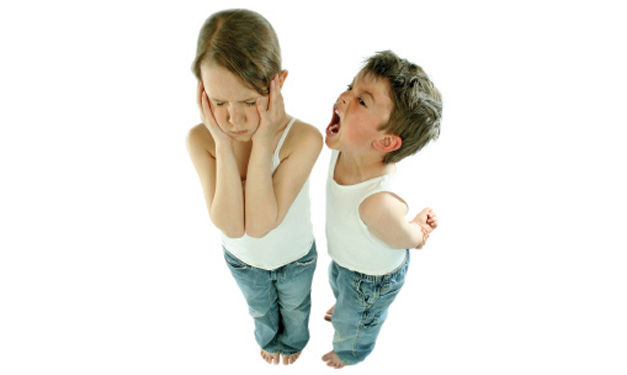 Neither of my kids, who are 8 and 10, have so-called “bad tempers.” But I’ve noticed that if they’re around each other too long, such as when they’re home together during the summer, they start to get on each other’s nerves. By the end of a typical day, if I’m not careful, someone will be “losing it.” Sound familiar?

Whatever it is that sets your kids off, keep in mind that “anger is as legitimate an emotion as joy or sadness and it’s the most common way children express feelings of frustration,” says Sal Severe, Ph.D., a school psychologist and author of the best-seller, How to Behave So Your Children Will, Too!  But anger can cause problems later.

According to Mitchell H. Messer, a Chicago-based counselor, children who don’t learn to express their anger properly can develop an attitude of perceived unfairness. This mindset can linger into adulthood and contribute to social maladies such as road rage, violence, and the syndrome in which grown men and women act like 4-year-olds when the going gets tough. To manage their anger constructively, children need their parents’ help. Here are some temper-taming tactics that can help your kids learn to handle this powerful emotion – and help you keep your sanity.

1. Be a role model. “Children learn by imitating your behavior and emotions,” Messer says. So, if you don’t want them to carry on when they’re angry, be sure to avoid that behavior yourself.

2. Don’t take it personally. When your child lashes out at you – “Mommy, I hate you!” – don’t strike back in anger. “Reacting angrily teaches children what to say and do to push your emotional buttons in the future when you do something else that hurts their feelings,” says Severe. Instead, neutralize your child’s anger by acknowledging it with phrases, such as, “I’m sorry you’re so angry,” or “I’m sorry you hate me today, but I still love you.”

3. Give your child choices. After you’ve acknowledged your child’s anger, give her choices. “What do you want to do about this?” “How long do you want to stay angry?” The goal: You want your child to calm down enough to talk about solutions to the problem.

4. Negotiate. Let’s say you allow your son an hour of computer time a day, but he won’t abide by the rule you’ve set. “Don’t hit him head-on by forcing him off the computer at the end of the hour,” Severe says. Instead, sit down and talk with your child about solutions to the problem. “He might have a better resolution than you do,” Severe says. When you come up with a rule, write it down—even make it a contract for both of you to sign. By soliciting your child’s cooperation, “you’ll take away the reason for the power struggle,” Severe says.

5. Think ahead. Anticipate tough situations that are likely to cause your child to have an outburst. If you’re food shopping, for example, engage your kids in the activity and make them part of the process, such as helping you pick out a healthy breakfast cereal. “The more involved they are in any situation, the better they’re going to behave,” says Severe. If that doesn’t work and a tantrum ensues anyway, leave the store and try again later.

6. Reinforce good behavior. Praising kid for what they do well. “It’s a very simple idea, but it’s something we all forget to do,” says Severe. “Kids live for acknowledgment and approval.”

This post was originally published in 2010 and has been updated in 2015.