Many Parents Texting and Driving with Kids in the Car, Study Says

It's risky for the driver, passengers and others on the road, but a recent study says the phenomenon of parents texting and driving is pretty common. 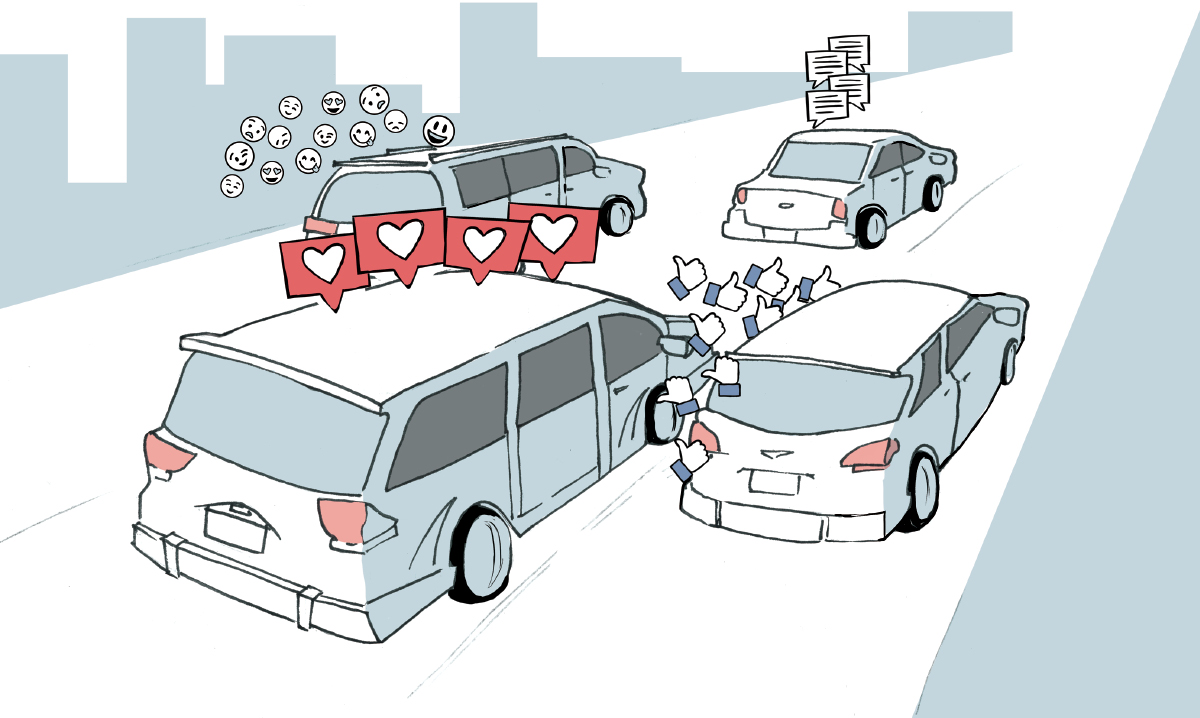 Pop quiz on the topic of parents texting and driving. Ready? Here goes. It is OK to read a text while you’re driving with your kid in the car as long as …

Any reasonable adult knows the last answer is correct. However, even with their most precious cargo in tow, parents engage in distracted driving behaviors including talking on the phone, reading and responding to text messages and browsing social media.

That’s according to a new study from Children’s Hospital of Philadelphia and the University of Pennsylvania School of Nursing that found about one-third of parents reported reading text messages while driving, 1 in 4 sent a text and 1 in 7 used social media while driving in the car with kids between the ages of 4 and 10 – and it’s a huge issue.

“Car crashes, injuries and even death are among the potential consequences of being a distracted driver who texts or talks while driving,” says Susan Hiltz, the public affairs director of AAA Michigan.

According to the National Highway Traffic Safety Administration, distracted driving resulted in 3,450 deaths in 2016, with nearly one-tenth of fatal crashes reported involving distractions. And these trends are similar throughout Michigan, Hiltz says.

“Parents need to have their attention on the road to help keep their child safe and anything that takes their attention away from the road can be dangerous,” says study author Catherine McDonald, an assistant professor at the University of Pennsylvania School of Nursing and senior fellow at the Center for Injury Research and Prevention at the Children’s Hospital of Philadelphia.

Still, parents are doing it. What can be done to avoid the urge?

In our fast-paced society, it’s no surprise parents feel the need to remain plugged in at all times – even when they are in the car with their children.

“We wanted to get a handle on what parents are doing while their children are in the car and the car was moving,” McDonald says of the study.

Researchers asked 760 parents from 47 states, including Michigan, a series of questions about their driving behaviors.

“Those are types of behaviors with a cellphone that require you to take (your) eyes off the road,” McDonald says.

In addition to those risky phone-related behaviors, people who reportedly used their phones while driving with their children were also more likely to drive under the influence, not wear a seatbelt and not use proper child restraint systems and adhere to car seat safety for kids, the study adds.

“I think one of the things we try to remember is parents inherently want to keep their children safe,” McDonald says. Because it is so normal to read and send text messages throughout the day that parents texting and driving may not even realize they are putting their children in danger.

But they are, and being on the road already has risks. After all, you can’t control the person driving in front, behind or next to you – but you can keep your own behaviors in check with a few simple steps.

“Making a habit of either putting your phone in the glove compartment, trunk or shutting it off once you are in your vehicle is not only a good habit, but it sets a good example for children who are watching what mom and dad are doing when they are behind the wheel,” Hiltz says.

There are also apps, such as LifeSaver and AT&T DriveMode, which can help drivers disconnect during their commute.

“That call or that text can wait. It’s not worth the risk to yourself, your children and other drivers,” Hiltz says. “Set a good example as a safe driver so your children will mirror your habits once they are licensed to drive.”