Michigan-Grown Vegetables for Kids to Try

Ready to visit your local farmers market for some late spring hometown veggies? Test out our taste guide to learn about great Michigan-grown vegetables for kids and how to get your child to eat them. 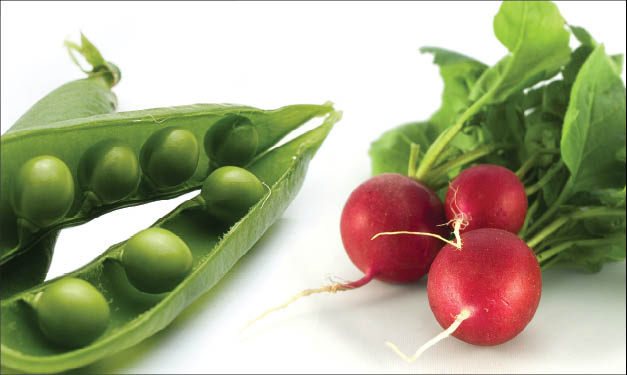 Beginning in late spring, loads of farm stands and farmers markets open up throughout southeast Michigan as fresh produce starts to make its way from the farm field to your dinner table.

Yet getting kids to eat healthy and embrace fresh fruits and vegetables can prove a challenge. The key is to get them involved in the process – both in preparing the food they’ll be eating and pointing out where that food comes from.

A trip to a local farm market is a good start. Let your child pick out some favorites for home – and a few new ones. Have them help with washing and cooking the vegetables to use in meals, too.

To guide your tykes in appreciating the fresh flavor of foods grown here in Michigan, read on for some vegetables you can expect to find around the month of May – along with their health benefits (and how to get your kids to eat ’em!).

In fact, asparagus is particularly rich in glutathione, an antioxidant that helps protect against cancer – among other health benefits.

Prep it: Instead of the standard steaming method, roast or grill asparagus. Preheat the oven to 400 F. Wash and remove the asparagus stem by snapping off the end. Toss the stalks in a little olive oil and sprinkle lightly with salt. Cook for around 15 minutes. These crispy treats are sure to please.

High in vitamins K and C, rhubarb grows easily and abundantly in Michigan (it’s usually considered a veggie, but the U.S. government counts it as a fruit). Be careful, though: Because of rhubarb’s tart flavor, it’s often paired with sugar-laden snacks like pies, canceling out its nutritional value.

When preparing rhubarb for your kids, balance the sour flavor with a sweet fruit like strawberries or raspberries instead of just sugar.

Prep it: Make sure to remove the rhubarb leaves (which are toxic) before washing and chopping it. Maximize the nutritional punch of rhubarb by using it in a fruit crisp: Top with plenty of oatmeal; you can also substitute some or all of the regular flour with whole wheat flour and even toss in a little ground flax.

Tummy troubles? Radishes contain a number of sulfur-based chemicals that can help the liver and gall bladder function better – along with the rest of the digestive system.

But that’s not all. This palm-sized veggie that comes in a variety of shapes and colors contains anti-inflammatory boosters, antioxidants and more. Applying radish juice to bug bites even helps reduce the swelling and pain. Who knew?

Prep them: Radishes don’t need much dressing up to make them a kid favorite. Simply wash and cut up radishes to serve as finger foods – or put them in salads.

Round peas, sugar peas, snap peas – take your pick to help give your child a quick energy pick-me-up.

Along with packing nutrients that provide energy, peas are high in vitamins K and C. They also contain plenty of folic acid. Together, these nutrients and vitamins promote healthy bone growth.

Prep them: Chances are if you put out a bowl of peas – washed and ready to eat – they’ll disappear without any coaxing from you. Peas are a kid pleaser! But if your kids want a little something with their veggie snack, pair the peas with some healthy dips, like hummus or flavored low-fat cream cheese.

Even in ancient times, onions were recognized for their health-promoting – and healing – properties. In fact, the same sulfur-containing compounds that give onions their distinct odor also ward off bacteria.

Not bad for a flavorful member of the lily family that’s been linked to a number of other health benefits, like lowering blood pressure, preventing cancer, lowering cholesterol … the list goes on!

Prep them: Even though many sources say you can eat raw onions just fine, I don’t think kids would go for chomping on an onion as a treat. Instead, include flavor-filled onions in a number of savory dishes like spaghetti sauces and chowders.

You can also toss minced or diced onions into fresh-made salsas. For the more adventurous eaters, Turner suggests tossing green onions into a mixer along with an apple, yogurt and other fruits to make smoothies.

Bok choy (also called Chinese cabbage), tatsoi, green mustard and other Asian greens are ready for eating by May. Packed with vitamins, bok choy is fat-free and low in calories. It also contains plenty of beta carotene, which not only promotes healthier eyes, but also has been linked in studies to building up compounds in the body that help stave off cancer.

Prep them: You can wash, chop and serve bok choy in salads. Or, add bok choy to a stir-fry. I made a stir-fry loaded with bok choy when my kids had a friend over for dinner. I was sure that he would turn up his nose at the meal. Instead, he asked for seconds!

Lettuce, in general, is also full of folates, a water-soluble version of vitamin B that helps boost the body’s ability to produce cells. Promoting cell building is especially important for children who are growing up fast.

Prep it: Salad would be the obvious choice for serving your butter lettuce. But beyond the bowl, try something that might appeal to kids even more – lettuce wraps.

Use sandwich fixings, like ham and cheese, or other ingredients, like rice and sauteed veggies with a little soy sauce, to fill the wrap. Pack and roll as you would a tortilla.

Technically a fungus (but often lumped in with veggies), the mushrooms you’ll find at farmers markets are greenhouse-grown, but they’re still full of plenty nutrients – and flavor.

They contain anti-cancer promoting chemicals, too. Several varieties, in particular shiitake, have been found to aid in the body’s healing. Add anti-inflammatory, cholesterol-lowering, healthy heart-boosting and more to the list and one little button mushroom packs quite a health punch.

Prep them: Mushrooms are great served raw as fingers foods or in salads, added to sauces and more. Their complex flavor adds a distinctive depth to many dishes. Around our house, we regularly saute mushrooms to add to veggie-filled omelets or on warm sandwiches.

Never heard of garlic scape? You’re not alone. This garlic stalk appears before the fully developed garlic bulb, which is beneath the ground. Farmers need to cut the scape for the bulb to continue growing properly.

Garlic, like its onion cousin, contains numerous health-promoting compounds. But perhaps the one of the prevailing benefits behind garlic is that it keeps your heart healthy in a number of ways.

Prep it: Garlic scape is a bit like a cross between a chive and green onion in texture, but has a milder flavor than minced garlic. Add garlic scape to scrambled eggs or into your omelet batter. Toss it into pasta dishes or salads for a little added zing.

Popeye was definitely on to something when he gulped down spinach for an added boost of strength. This dark, leafy vegetable is full of vitamins, minerals and pretty much everything good for your body. Antioxidant, cancer-fighter, brain booster, anti-inflammatory agent, digestive health promoter: If you’re looking for the most “oomph” in your veggies, spinach has it all!

Prep it: Spinach is excellent on its own or mixed with lettuce for a salad. You can add spinach to just about anything – Italian sauces, soups, eggs, casseroles and more.

Turner really gets creative with spinach. In his “Better for you Brownie,” the rich flavor and dark color comes from a puree of spinach and blueberries. While chocolate and spinach may not seem like a perfect pairing, you should try out the recipe yourself – your kids will thank you for it!

Brought to you by Huron-Clinton Metroparks
Read more
Guides