Find out what's what with Michigan's fireworks law and get tips on how your family can safely, and legally, enjoy fireworks this summer. 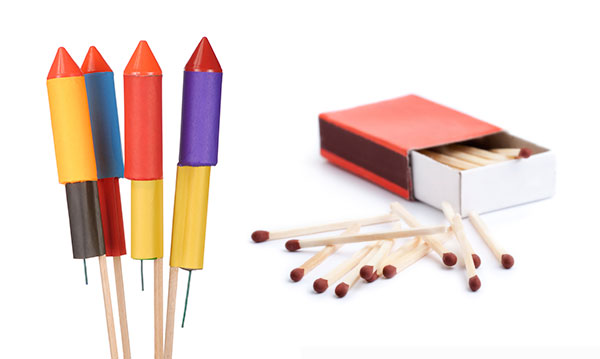 No more traveling to Ohio for those consumer-grade fireworks.

The potential dangers of the regulations are raising concerns, among both southeast Michigan families and public safety departments.

In the July 2015 issue of Metro Parent, Children’s Hospital of Michigan shed some light on firework safety and concerns in the post Are There Safe Fireworks for Kids? And in December of 2018, House Bill 5939 significantly cut the days in which residents can light off fireworks.

Here’s a breakdown of what you need to know about Michigan’s fireworks law, as well as safety precautions to take with fireworks around your family this Independence Day and in the days surrounding the holiday.

About the fireworks law

The Michigan Fireworks Safety Act – or Public Act 256 of 2011 – altered the rules on what size fireworks Michiganders can buy, and also when they can shoot them off.

Consumer-grade fireworks are now legal for purchase from state-authorized retailers, and must meet Consumer Product Safety Commission standards, the law notes. This genre includes Roman candles, bottle rockets, aerials and missile-type rockets, according to a state press release (download a PDF of the full list of legal fireworks in Michigan here).

Michigan has put rules in place to regulate the sale of consumer fireworks, though.

Residents must be at least 18 years old to buy the fireworks, the state release notes, and retailers must apply for certification to sell the fireworks – which can’t be shot off on school grounds or public property. Fireworks also cannot be used on private property without permission from the property owner.

There are punishments in place for people who cause fire or injury with fireworks of any kind, as well as retailers who sell fireworks without certification from the state, the state adds.

The 2011 law prevented local governments from setting ordinances on certain days, which allowed residents to shoot off fireworks more days of the year, but House Bill 5939 of 2018 reversed that and allowed communities to set regulations.

However, the bill also states that communities can not regulate fireworks on certain holidays. According to the bill, families can now legally shoot off unrestricted fireworks on the following dates:

Those who violated ordinances set by a community are subject to a fine of $1000 for each offense.

Safety tips for shooting off fireworks

So how do these laws affect your family, and how can you ensure you and the kids enjoy a safe Independence Day?

Former Shelby Township fire marshal Edward Vojtush recommends that kids under the age of 12 not be permitted to use fireworks – even sparklers – without adult supervision.

Vojtush does express concerns regarding the Michigan’s fireworks law.

“I can’t imagine us having less injuries or fires as we had in years past,” he says. “Obviously, from (the fire department’s) point of view, if you want to enjoy fireworks, go to a professional display.”

Vojtush recommends that those who do decide to light off their own consumer-grade fireworks do so in “an open area away from homes, buildings and spectators.”

The fire marshal’s bottom line: “Use common sense, stay safe and be mindful of other people’s property.”

But wait! Before you go gung-ho, the state recommends you keep these things in mind, too: