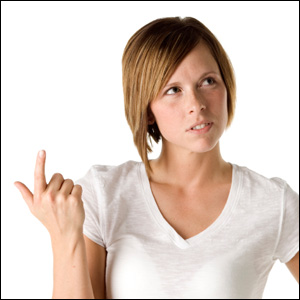 Between her part-time job as a restaurant server and chasing around 18-month-old Paully, Brianna Hardy of Harrison Township says one thing constantly gets lost in the shuffle.

“I misplace my phone a lot,” the 24-year-old Macomb County mom admits. “I do notice myself becoming more forgetful. I do believe I’m more forgetful than my mom!”

While adjusting to an on-the-go toddler may take some of the blame, Hardy is hardly alone when it comes to the small stuff slipping her mind – especially considering her age, according to a new poll by The Trending Machine.

It revealed that millennials – defined as ages 18 and 34 – are more forgetful than senior citizens. They beat out their counterparts (ages 35-54 and 55-plus) in losing track of eight of 10 total categories during the previous week, with “what day it is” and “keys (house or car)” topping the list.

Are these seemingly increasing “senior moments” for young people something to worry about, especially when it comes to new parents? Metro Parent took a look at the survey results – and got some perspective from a southeast Michigan family therapist.

A closer look at the poll

Trotted out late last month, this survey is one of many conducted by The Trending Machine – an effort of New Jersey-based market research company Leflein Associates, Inc.

Of the 800 total respondents (all ages 18-plus), it found that two-fifths (39 percent) had forgotten or misplaced an everyday item in the past week.

The younger crowd does outshine their elders, however, in two areas: remembering passwords and people’s names. Seniors are still much more likely to forget a person’s name (23 vs. 16 percent).

In a local report on the poll, HuffPost Detroit also noted that the amount of stress people encounter can vary based on the region that they live in. The Northeast – the states a bit east of Michigan – is more forgetful than the “laidback” West coast (51 vs. 39 percent).

However, while it’s tempting to draw broad conclusions, Dr. Barbara Foley, a licensed psychologist in Farmington Hills, offers a few notes of caution.

“It was actually a national online poll,” Foley explains, “but not clinical research.” That means the folks who responded aren’t representative of the general population – especially since those ages 18-34 are more likely to be online, so “the results are likely to be skewed and perhaps misleading.”

It’s also unclear how many people in each of the groups replied, which could change the stats.

Even so, Foley says, it raises interesting questions about memory and young people.

To dissect its data, The Trending Machine turned to Patricia Gutentag, a family therapist in the New Jersey area.

“Stress! Stress often leads to forgetfulness, depression and poor judgment,” Gutentag told TTM. “This is a population that has grown up multitasking using technology, often compounded by lack of sleep, all of which results in high levels of forgetfulness.”

Foley certainly sees many of these elements play out in her own practice – from the financial pressure of working more hours to keep a job and make ends meet, to the gadgets glued to our sides that keep us constantly connected.

“There is a high correlation between stress levels and our ability to recall certain facts,” she says. “When we are distracted by other things in our lives, we tend to forget to do things – or we find our car keys in the freezer.”

Increasingly, she says “multitasking” and sleep deprivation are taking a toll, too. “People stay up later to catch up on the endless tasks of the day or simply relax,” and many “can’t shut their brains down when it is time to sleep.”

Instant access to info also means there “isn’t much as much of a requirement to retain information, because it is easily retrievable from other sources.” And while technology is awesome, she adds, it can be overwhelming to children, who sometimes can’t process it all that fast.

“They often are pretty anxious kids who are over-stimulated, and need to achieve balance in their own lives with the help of their parents,” Foley says.

Foley’s advice for millennial parents who feel like they’re trapped in this cycle? Tap the proverbial “brakes” vs. your smartphone screen – and make and take time to nurture close emotional and personal relationships, too.

“Technology, time-constraints, stressed-out sleep-deprived parents and children, cramming more and more into the day,” she notes, “does not allow for work-life balance.”

So “unplug” a bit. Build-in time for family and friends, reading and talking.

“This is a great way to reconnect with people and slow down our fast-paced world,” she says, “allowing us to absorb things happening around us, and re-setting our focus.”

And this example can show children how to manage and diffuse their own stress in the future. (Hopefully without losing the keys in the process.)