The minivan vs. SUV question can be a big decision for parents. Find out how these family-sized vehicles compare for convenience, car seats and more. 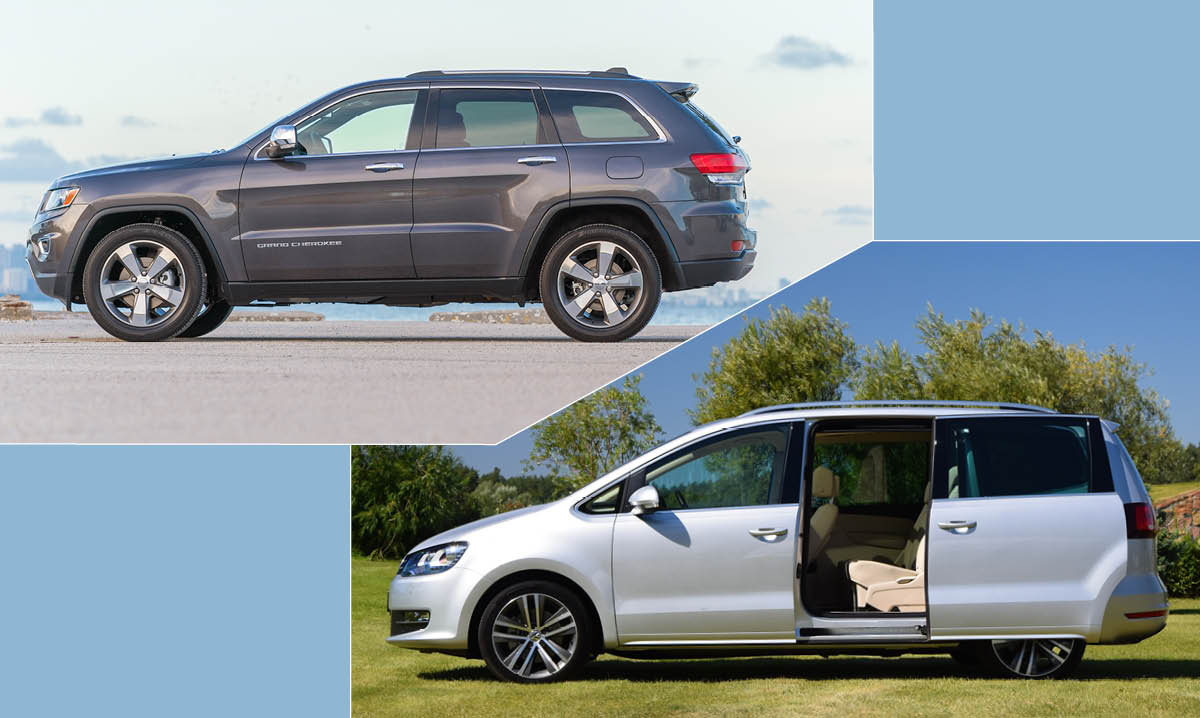 Buying a new car is a big decision. When you have kids, there’s even more to consider.

What will fit your car seats best? Is there enough room for your double stroller plus a load of groceries? Will it be able to tow your pop-up camper?

Those are just some of the questions you might consider when buying a new vehicle, especially when it comes to the minivan vs. SUV debate. Minivans and SUVs are both very popular among families. While SUVs have gained stylish traction over the years, a minivan makeover has been gathering steam, too. So – which is best?

Tom Keech, a metro Detroit dad and the former sales manager at Suburban Chrysler Dodge Jeep Ram in Troy, says the choice came easily for him and his wife as their family grew. With five daughters plus two Newfoundlands that like to tag along, they eventually traded in their SUVs for minivans.

“I’ve enjoyed both SUVs and minivans through the years,” Keech says. Most recently, he and his wife were both driving Town and Country minivans.

The obvious extra space plus conveniences like a comfortable step-in height made the minivan ideal for the Keech family. But for other families, an SUV could be a better fit.

Here are some of the pros and cons Keech explained based on his 20-plus years of experience selling both types of vehicle.

Even though many SUVs have a third row option, minivans tend to have roomier third rows and can fit seven to eight people comfortably.

Doors slide open with the push of a button – a huge bonus when loading groceries, dealing with car seats or anytime your hands are full (always). Plus you’ll have a clear view when the doors are open and you won’t need to worry about kids accidentally hitting the car parked next to you when they open the door.

Most minivans offer the option to fold down seats for more cargo room in back, remove a captain’s chair in the middle row to make it easier to get kids in and out of car seats or any number of other configurations based on your family’s needs.

Keech says getting into his Town and Country is just like sitting at his desk or kitchen table – a comfortable height that requires no stooping down or stepping up.

“That’s why we moved away from SUVs, or one of the main reasons – my wife and kids can’t lift those dogs up into an SUV,” he says of his Newfoundlands. “The dogs can step in and out safely and without injury into the lower step of the Town and Country and Pacifica.”

Some parents just don’t want the stigma of driving a minivan, Keech says. “A lot of younger buyers that grew up maybe in minivans or that have seen others drive minivans, a lot of people say, ‘I’ll never drive a minivan,'” he says. “It has that stigma that they remember.” An SUV, on the other hand, seems sporty and cool.

On the more practical side, “SUVs have larger engines including V8s, diesels and hybrid engines that can not only be very functional for transporting a large group of people and pets and everything that goes along with that – all the bags and books and everything – but also they can tow,” Keech points out. “SUVs can pull trailers, they can pull your boats, Jet Skis.”

SUVs are usually equipped with four-wheel drive. “Minivans are front-wheel drive so they perform very well in almost all conditions, (but) they are just not going to be off-road vehicles,” Keech says. “In the snowbelt, there are some days where those roads – it’s like being off road.”

Shoppers will find a wide selection of small, mid-size and large SUVs to choose from on the market. If you want a minivan, though, you’re limited to a handful of models.

Rear entertainment systems can be priceless when you have young kids. DVD players are definitely available on SUVs, Keech says, but it’s not as common.

While each family will want to weigh the pros and cons of an SUV or minivan based on their individual needs, Keech does have some advice for all on making the choice.

“My recommendation would be if you’re taking the time to do the research (of) which vehicle fits your family the best, find a friendly dealer that will let you take one and drive it for a day or drive each for a day,” he suggests.

“Take it on a longer test drive than 10 minutes or an hour. Take it for a full day and let the family get in and out of it. See what they like and what they don’t like so you can put that whole experience for everybody together so it functions the best for your family down the road.”

This article was originally published in 2016 and is updated regularly.