More Kids Are Getting Their Caffeine Fix From Coffee 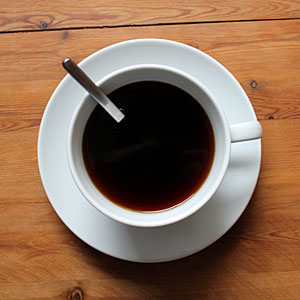 Each day, a majority of toddlers consume a substance that can cause anxiety, restlessness, high blood pressure and rapid heart beats. This drug is found in a wide variety of drinks, foods and snacks. Until the last decade, this strong stimulant was forbidden for use by Olympic athletes. The drug is caffeine, and a recent study published in Pediatrics found that three out of four children receive significant caffeine doses on a daily basis.

While the U.S. Food and Drug Administration (FDA) considers caffeine a "safe substance", the potential harmful effects on children and teens are unknown because most research has been done with adults.

"There haven't been a lot of studies of caffeine in young children," says Nakia V. Williams, M.D., a senior staff physician in the department of pediatrics at Henry Ford Health System. "But we do know that children suffer from similar side effects as adults, and that on average these side effects can occur at lower doses given the smaller body sizes."

The study found that the overall caffeine intake of children has not risen in recent years, with nearly 75 percent of young people drinking some type of caffeinated beverage every day. This figure closely tracks findings from other studies showing 80 percent of adults consume caffeine daily. What is different, according to the study authors, is the greater variety of caffeine sources that kids now use.

The study authors point out that in the past, soda and tea have been the main sources of caffeine intake for young children and teens. However, sales of energy drinks, specialty coffee drinks and food products containing caffeine, including candy bars, potato chips and gum, have steadily increased over the past 10 years. The study authors point out that these high-caffeine products are often targeted toward children and teens. These drinks generally have higher concentrations and amounts of caffeine than soda.

Drinks are not the only source for caffeine doses. Caffeine is often added to over-the-counter medications such as pain relievers, over-the-counter diet pills and cold medicines. There is even an e-cigarette, which contains caffeine.

What effects might switching caffeine sources from soda have on kids? Williams debunks the warning of "stunted growth" that parents used to tell coffee-drinking children. "This seems to be an age-old question, but the evidence suggests that caffeine does not stunt growth," But, use could lead to longer-term side effects. "Being a sugary drink, there is concern about the development of cavities and increased weight gain," she says.

The AAP currently takes the position that "stimulant-containing energy drinks have no place in the diets of children and adolescents." Williams adds, "As of now, the United States has not released an official value for the amount of caffeine we should provide children."

Not everyone experiences the same symptoms from caffeine use, Williams says, but common side effects include headaches, upset stomach, shakiness, increased nervousness, increased heart rate, increased blood pressure, decreased ability to sleep and difficulty concentrating. "Caffeine works like a diuretic (water pill), which can lead to increased potty breaks," she adds.

Parents who might want to give their children doses of caffeine should discuss the idea with a health care provider so that the effects can be monitored, Williams concludes.