Moving My Son Into Military School

Sending her child off to military school 445 miles and three states away from Michigan wasn't easy for this local mom. Here's why she did it and how she coped. 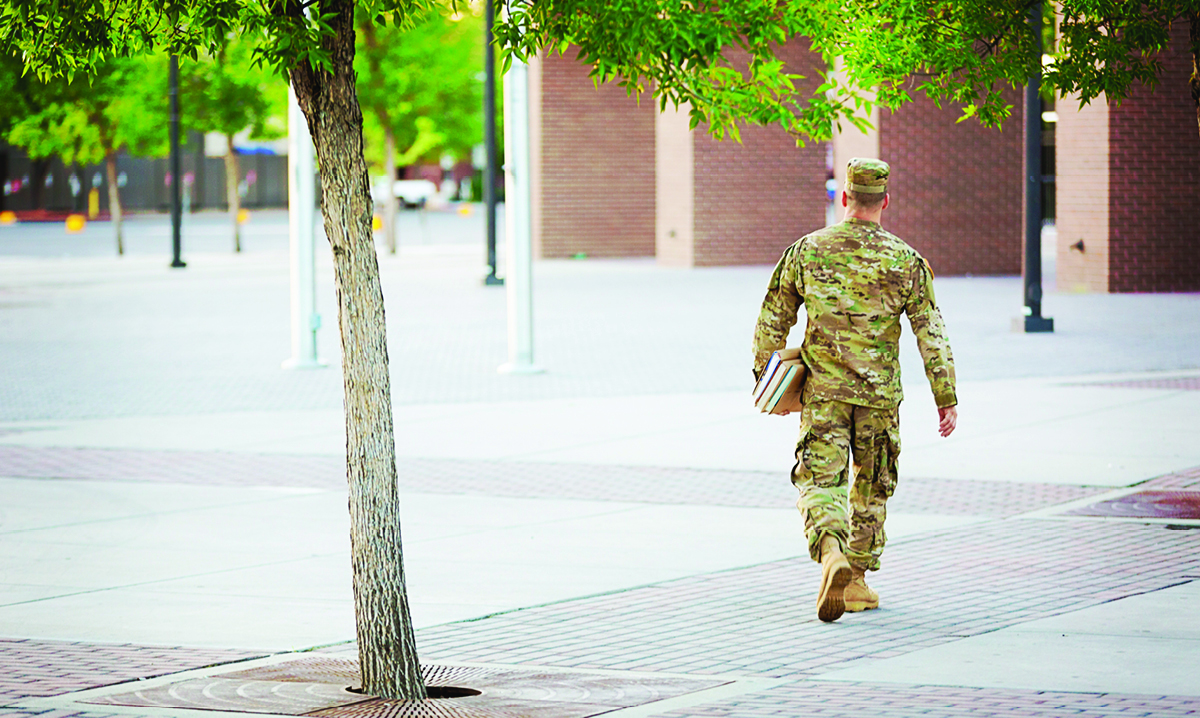 I started sobbing in the airport and cried steadily for the entire two-hour flight home. We had just left our son at a military school 445 miles and three states away – and I couldn’t imagine how I was going to face the next six weeks with no contact from him, and the next four months with him not living in our home. It was the hardest parenting decision we have ever had to make and, while signs indicate that it was the right thing to do, we won’t know for sure until … well, I don’t know if or when we will know for sure.

I have moved a kid to college, and then moved that same child to Minneapolis four years later for her new job. They were emotional but joyous occasions. She was taking the steps that I had taken, that my husband had taken, that our friends and their children had taken. The path was familiar. We were emotionally prepared. And when I missed her, as I did, I had people who understood, who I could talk to about it.

My son is a smart, funny, kind young man. When people who know him hear that he is at military school, they are shocked. But he was diagnosed with ADD in eighth grade – and then, a year later, was unable to tolerate the side effects of any medication. We tried them all. Then he suffered a debilitating, frightening depression. With some wonderful professional help and good medication, he has recovered, but he still can’t manage to turn in assignments and be honest about not getting them in. By his junior year, while his friends were starting to look at colleges, we weren’t even sure he would have enough credits to graduate from high school when the time came. We tried every therapist, tutor and idea that was offered. None worked. We visited three military schools and each promised they could help.

I couldn’t help but compare the two moving days in my mind on that flight home. My daughter’s move required two packed SUVs and several trips to Target and Bed Bath and Beyond. My son had one duffel bag with the few required and allowed items on the school’s list. I had helped my daughter unpack and set up her room – where shall we put the dresser, the laundry, the pictures? At the military school we registered my son for classes, turned in his medications, then waited in line with him as he picked up his package of uniforms and bedding. He would learn to make his bed and set up his room the “right” way after we left. My daughter was excited to be in the dorm and chatted with everyone she met in the hall. My son barely spoke a word, even to us. We said the same words to him that we had said to our daughter. “It’s a new adventure. You’ll make friends.” But it didn’t feel the same.

I didn’t prepare myself. As the military school start date grew closer and it became more of a reality, I found myself thinking, “Maybe he’ll figure out a way to do what he needs to do and he won’t have to go.” Have to go. There you have it. This wasn’t a choice, a goal or a dream. This wasn’t anything we had ever considered until we had to. And though the college my daughter moved into was her last choice, it was still a choice she had made. I remember talking to other parents on her move-in day and asking, “How did your child decide on Michigan?” I couldn’t even talk to the other parents on move-in day at the military school. I was too wrapped up in my own despair to hear their stories, which I suspect were similar to our own.

Now I see I was comparing the wrong days. This was more like the first time you drop off your first child at day care or preschool or kindergarten. You assume the people you are entrusting with their care will be good to your child, you pray it’s the right decision, you hope it will all work out. You watch them march bravely into this new environment and then you go sit in your car and cry.