My Kids Are Freaked That I Have a New Boyfriend

One local mom is facing a brick wall with her kids when it comes to her new boyfriend. Here's some advice other parents offer on the topic. 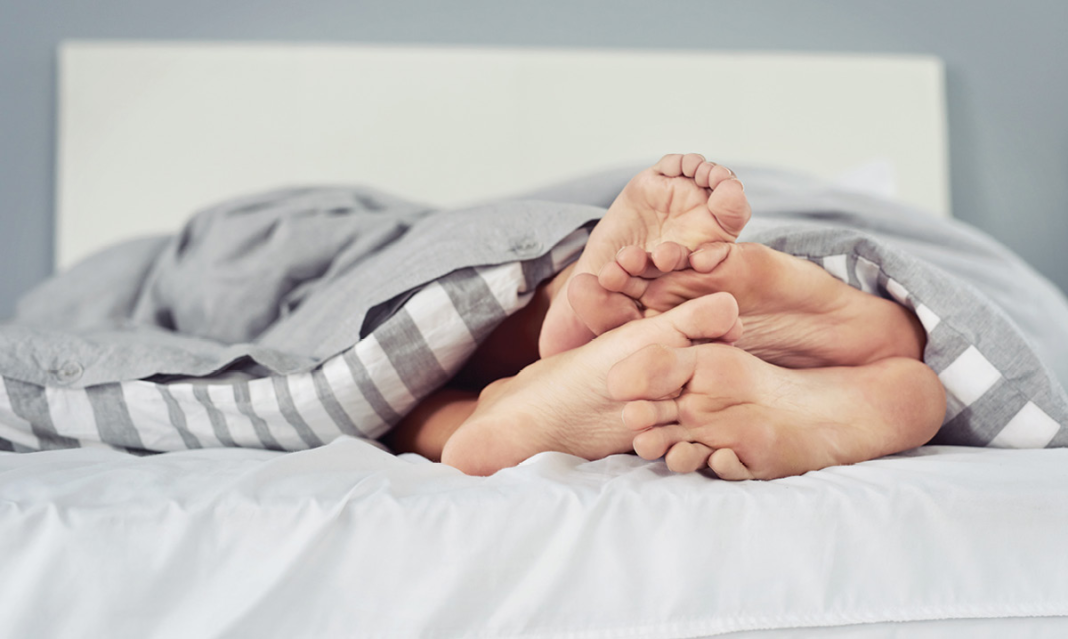 Each month, we pose a parenting question from local moms and dads to local moms and dads. This month, one local mom writes in to tell us that she’s dating again for the first after her divorce. Her new (and younger) boyfriend slept over and her kids freaked out — now she’s looking for help to make it better moving forward. Here’s what other local parents have to say on the issue.

After a nine-year marriage nightmare, I am finally starting to date again. (Yay!) My new boyfriend, (who is 15 years younger than me, double yay!), slept over for the first time last weekend. I didn’t expect my kids (10, 8 and 7) to be so freaked out. Sleepovers at his place aren’t an option because I don’t have anyone to stay with my kids. Not sure how to make this OK going forward. Would love to hear your thoughts. Thanks!

Speaking as a child who saw my mom on the dating scene after my parents’ divorce at age 11, trust me, no man, no date, no feeling normal again is really worth how confused and disturbed your children will feel about this. It isn’t fair you had a bad marriage, but keep your private issues of finding yourself again away from your role as a parent. Which is more important than anything. — Emily P.

Mom MUST move on! Do not let your children run your life!! — Erin H.

Sleepovers are not an option. Period. — Yvonne C.

Blending is one thing, forcing upon, is another. This mother is being irresponsible and being selfish. Her children should come first always. A good mother never negotiates or compromises with her children’s happiness or safety. Ever. — Mayra P.

I dated my boyfriend for almost a year before I even introduced him to my kids, then 3 and 5. There were definitely no sleepovers. I waited to bring him around my kids until I knew he would be “the one.” I didn’t want to bring another man around them only to have him disappear, too. Your kids need to feel safe in their home. — Nicky H.

Yes, Mom must move on but she also needs to put her children first. They are so vulnerable and undoubtedly inarticulate in expressing their fears. Definitely no sleepovers. Figure out how to get a babysitter. Instead of a dinner date, get a room if that’s the issue. No swinging door with various men. Again, these kids are so vulnerable, and you are raising the next generation. Your duty is to them. Take care of the little ones properly, and the karma you get from that will take care of you. — Frances H.

I think you are jumping into this so casually when you need to bunker down and think about the behavior they might display to him. I had this happen so I do speak from experience, so if you want to sleep over with him, you need to make a concerted effort to get someone to stay with your kids unless this fling is a serious-for-real relationship. Otherwise, you might just be modeling to your kids behavior you don’t want them to display later on in life. — Jennifer L.

I know first-hand how challenging it is to date while being a single parent. However, one should always put their children’s needs before their own. I would recommend outings alone first, then later on include children if he is a keeper and hotels until you know his intentions. Having three children makes your dating experience hard, but if he cares, he will be flexible, understanding and patient. Children are vulnerable and need to always feel safe and secure, please talk to your children and put their needs first. Do this now or they will resent you later. — Elizabeth W.

You just started dating. I assume they haven’t met on neutral grounds, haven’t had enough time to get to know each other, etc. Bad choice. — Jenny B.

It is recommended that your children only meet a boyfriend once you have serious intentions (marriage) so that they do not suffer loss again and again as you break up with men. — Jennifer H.

I don’t think the sleepover is the dilemma as much as the priorities. Can’t really judge someone’s situation from a paragraph but based on this information alone I’d say figure out a different way to enjoy your “adult time” that doesn’t traumatize your children. — Rita D.

I am not surprised that they were freaked out. I’m sure they think only “mommies and daddies” have “sleepovers.” You have to look at the world through their eyes. — Lori S.

I don’t think sleepovers are OK unless/until you’ve decided that boyfriend is going to be a consistent part of life. This is a big deal for the kids and they shouldn’t be part of the relationship until the relationship is stable. — Anne G.

Celebrate the season by reading one of these festive children's books.
Read more
At Home