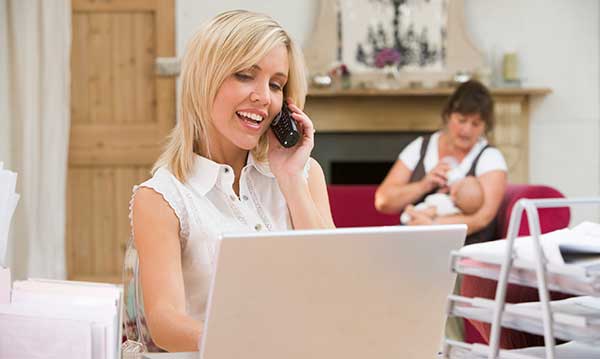 You posted the ads, conducted the interviews and ran the background checks. Finally, the moment has arrived: You’ve found the perfect nanny.

Your work isn’t over yet, though. Now you have to keep her. Being a “mom boss” or “dad boss,” as you might be called in nanny circles, comes with some terms and conditions. Before your nanny’s start date, consider these nanny etiquette tips to help make sure your nanny feels like the respected professional she is.

1. Put it in writing

Consider writing up a “nanny contract” to help avoid conflicts and awkward conversations in the future. “It lays out what is expected of the family and what the nanny agrees upon,” says Kristin Riga, co-owner of Golden Touch Baby Concierge, a nanny agency in Birmingham. “Open communication is so important and with a contract everything is in writing and has been discussed prior to the nanny starting.”

Debi Weaver, placement director with Michigan-based nanny agency A Nanny Network, says parents need to know that a nanny must be paid legally – not in cash “under the table” or as a contract employee who gets a 1099 at the end of the year. Both are illegal, she says.

“Expecting unreasonable flexibility” is a common mistake parents make with their nannies, Weaver says. Nannies get sick and need time off just like anyone else and they also have personal lives that may prevent them from accommodating last-minute schedule changes.

Most full-time, professional nannies are paid a set amount for up to a certain number of hours per week. Feel free to let your nanny leave early if mom or dad’s schedule changes, but you still need to pay her for the full day, Weaver says.

“Our families typically provide lunch for the nanny, or dinner if she is working later hours,” Weaver says. “Typically nannies don’t ‘brown bag it’ unless they have a special diet.” Hilary Golden, the co-owner at Golden Touch in Birmingham, agrees and says she always tells her nanny to help herself to any food. “I think that they should be able to eat the food that’s in the home,” Golden says.

6. Pay for nanny’s meals and activities during outings

If your nanny is taking the kids out of the house for an outing like the zoo or the pool, plan to leave spending money for the children’s and the nanny’s admission and meals.

Nannies who drive kids to activities or outings need to be reimbursed at the current IRS rate, Weaver says.

Unless your agreement with your nanny includes major housekeeping duties, don’t expect her to do chores beyond picking up after the kids’ toys and meals. “They should not clean toilets and scrub showers unless that is an additional payment and that’s what they sign up to do when the kids are not around,” Golden says.

9. Be clear about your rules – especially about cell phones

Many parents have concerns about caregivers spending too much time on cell phones when they’re with the children, Golden says, so make your rules about this and other topics clear from the beginning. Do your part, too: texting and driving is a serious hazard, so don’t text your nanny for an update when you know she’s on the road.

10. Treat her as part of the family

Finding a nanny who’s a great match with your family can be tricky, so do what you can to make your nanny happy and chances are she’ll be doing the same for you. “That’s what I think keeps a strong relationship – you treat them as part of your family,” Golden says.