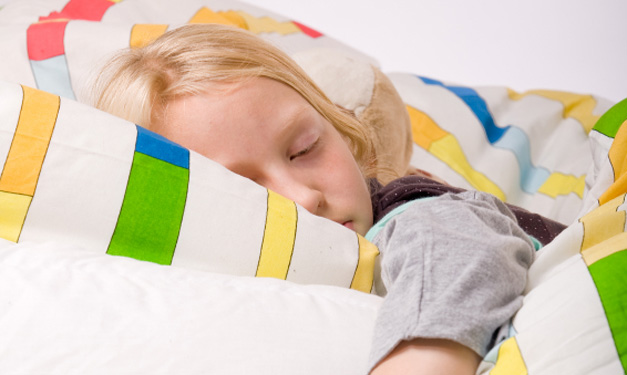 When should your toddler’s two naps become one? When should they cease altogether? Ask five different parents these questions, and you’ll likely get five different answers. So how do you know if your little one is getting enough sleep, too much or just the right amount?

Parenting educator Elizabeth Pantley notes that most children will transition from two naps to one at some point between their first and second birthday.

“However, that year of difference is a very long span of time,” says Pantley, president of Better Beginnings, Inc., a family resource and education company. “And age alone is not the only factor to consider when changing your child’s nap routine.”

Pantley asserts that if your child sleeps for an hour or more when put down for a morning and afternoon nap, he or she probably still needs both. If, however, your child fusses or talks to him or herself in the crib, but never falls asleep, or does so for less than an hour, it may be time to consider one daily nap.

Getting into a routine

Similarly, if your child seems cranky or overtired when he or she misses a nap, it’s likely that two naps are still beneficial. Same if he or she is falling asleep during daytime car rides.

On the weekends, when schedules are often interrupted, your toddler may miss one of his naps and seem fine. But if when back in his usual routine, he still readily takes two naps, continue following his lead.

Over time, you’ll notice your child easily falls asleep for either his morning or afternoon nap, but not for both. This is a sure sign that your child may need only one daily nap – and most likely that will be his afternoon nap. You may need to move that nap up slightly to just after lunch.

Once down to one nap a day, you may wonder (and fear!) when your child’s next napping milestone of going nap-free will strike. For some children, that’s as early as age 3. For others, it’s as late as age 5 or 6. On average though, naps taper off between ages 3 and 4.

How much nap time your toddler needs will hinge in large part on how much nighttime sleep he or she is getting. If your 3- or 4-year-old is getting more than 12 hours of sleep at night and doesn’t exhibit daytime signs of fatigue, he or she may be ready to forgo naps (ready or not!).

As your child becomes more active in playgroups, preschool and other activities, she may be more likely to resist naps. After all, she has places to go and people to see.

Even so, many parents are surprised when, after they believed a new no-nap routine had taken hold, their child suddenly begins dozing during the day – weeks or even months after the habit had gone away.

This is often a result of a change in your child’s daily routine, like starting school or taking part in a more physically demanding activity like dance or soccer. If that happens, allow your child to resume his or her napping routine. Your child’s body is indicating it needs the energy that sleep can restore.

If your child stops napping before the age of 4, you may want to consider instituting “quiet time,” a period when he can rest with his stuffed animals or books. It will give him a chance to wind down and store up some energy for later in the day. It’ll also give you the gift of a little bit of time to yourself!