How much would it cost per year if you ate only ramen? Find out this stat and more in March 2017. 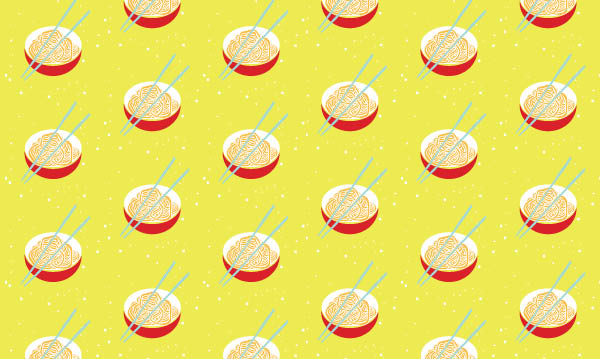 That’s all it would cost in a year if you ate only ramen, according to number crunchers around the web. March marks National Noodle Month and, considering the average person in North America consumes 15 1/2 pounds of pasta yearly, notes the National Pasta Association, it’s safe to say this food is a beloved family staple.

This many 12-year-olds said they had better relationships with their pets than their siblings, a recent UK study says – particularly girls. In general, those with dogs indicated the most satisfaction. With National Puppy Day coming up March 23, maybe now’s a good time to consider adding a pooch to the family?

In this year, St. Patrick’s Day was first celebrated in Detroit – so says an 1889 book by “city historiographer” Silas Farmer. Irish parades were a big deal in the D till the ’20s, notes the United Irish Societies. So, in 1959, it started its own. You can join in the Corktown tradition’s 59th year on March 12.

Michigan’s ranking on WalletHub’s 2017 list of best to worst states (plus the District of Columbia) to raise a family. From family fun to housing affordability and unemployment rate, North Dakota topped the chart and New Mexico fell to the bottom.

That’s how much land our Great Lakes – Huron, Ontario, Michigan, Erie and Superior – cover, carving out Michigan’s infamous mitten shape. World Water Day is March 22, making it a great time to celebrate the largest fresh surface water system on earth and a reminder to be mindful of the environment.