Here's our primer on how moms (and dads) can successfully deal with and balance intrusive mothers-in-law, fathers-in-law and new baby, and set some boundaries, too. 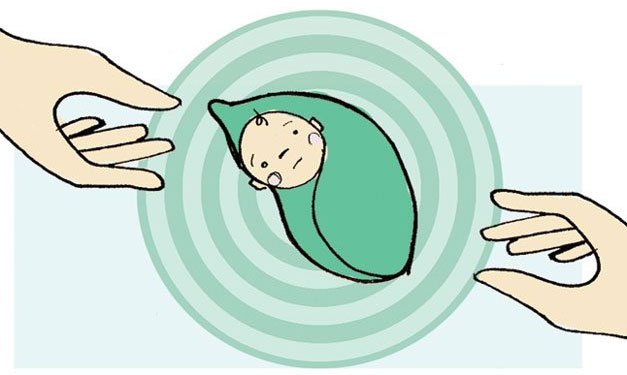 If you thought you had an intrusive mother-in-law or father-in-law before you had kids, then hold onto your maternity pants. The “fun” has just begun.

I hate to be the bearer of bad news, but the truth is that your relationship with your in-laws is likely to grow tenser once you’re expecting.

But then, you probably discovered that the day you announced that you were pregnant. Ah, yes, that was the day your father-in-law insisted that you follow tradition and name your son (or daughter), “Clyde Waldo Dufus III.” And, later that evening, your mother-in-law purchased airline tickets and reserved a seat in the front row of the delivery room, followed by a two-month visit in your guest room.

Don’t get me wrong: some in-laws are wonderful people who respect their daughter-in-law’s needs instead of expecting her to revolve everything around them. But if you don’t have that lovely type of in-law, here’s how to cope with the kind that pressure, lecture, undermine and insist that their way is the right way.

1. Replace your insecurity with confidence

You and your husband are the final authority on your children. If your in-laws don’t approve of something you are doing, so what? You don’t need their approval, so don’t behave as if you do.

Just because they disagree with something you do doesn’t mean you are bad parents.

2. Learn to let your in-laws be upset with you

Don’t overlook your own needs constantly just to keep everyone else happy.

For example, if you want to spend the first week home from the hospital with just your husband, then tactfully tell both sets of parents exactly that. If they put up a fuss, let them know that it is not up for discussion.

3. Behave as an adult on an equal level with your in-laws.

Your in-laws are not superior to you, so don’t behave as if they are. The next time they give unwanted advice, say, “Thanks for your advice, but I’ve decided to do it this way instead” or “I guess we’ll have to agree to disagree.”

Their opinions are just that: opinions, not fact.

Tell your husband specific things that you need for him to say when certain situations come up such as, “Honey, the next time your mom says something to you that implies that I’m a lousy mother, I need for you to tell her that you aren’t willing to listen to her say negative things about me.”

Develop healthy behavior patterns by saying and doing new things to show you are now an assertive mom. You can’t force your in-laws to change their behavior, but if you change your own, then they will likely change theirs, too.

Jenna D. Barry is the author of A Wife’s Guide to In-laws: How to Gain Your Husband’s Loyalty Without Killing His Parents.