Obesity Not Linked to Junk Food in Schools 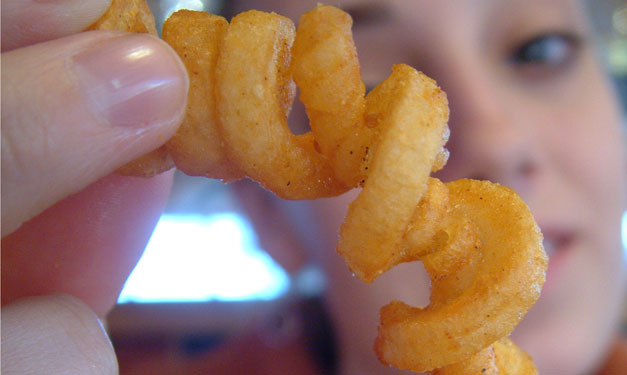 The sale of junk food in middle schools isn't to blame for the growing trend of childhood obesity, according to a study published January in the journal Sociology of Education.

Researchers from Pennsylvania State University found no correlation between unhealthy weight gain and attending a school where junk food is sold.

Using data collected in an early childhood study of kindergarten class of 1998-99, they tracked the body mass indexes, or BMI, of around 20,000 children from fifth to eighth grade.

Although the percentage of kids who had access to junk food at school jumped during that time period, the researchers did not observe a significant BMI change. Furthermore, there was no major weight difference between children who attended a middle school where junk food was available – and those who didn't.

Obesity is a significant health issue for children throughout the country. The percentage of kids in the United States who are obese has tripled in the last 30 years, according to the Centers for Disease Control and Prevention.

To combat this trend, communities are pushing to eliminate junk food like chips, sweet snacks and soda from schools.

But although the link between the consumption of junk food and weight gain is well established, this study suggests junk food in schools isn't causing the problem.

Why? Researchers offered this seemingly counterintuitive information: "One possible explanation is that children's food preferences and dietary patterns are firmly established before adolescence," the report noted. "Also, middle school environments may dampen the effects of competitive (junk) food sales, because they so highly structure children's time and eating opportunities."

These findings reveal that schools only represent a small part of a child's food environment. Jennifer Van Hook, a professor of sociology and demography at Penn State and lead author on the study, agrees with this approach.

"Food preferences are established early in life," Van Hook said in a New York Times article "This problem of childhood obesity cannot be placed solely in the hands of schools."

A successful nutritional initiative must involve changes in the home and community as well as the school.

For information about steps being taken to combat childhood obesity, check out this plan by the Task Force on Childhood Obesity, established by President Barack Obama in 2010.