Parent Discipline Types and How to Strike a Balance

Are you a law-and-order Tiger Mom or a big softie? Find out the pros and cons of each parenting style and how you can strike a balance. 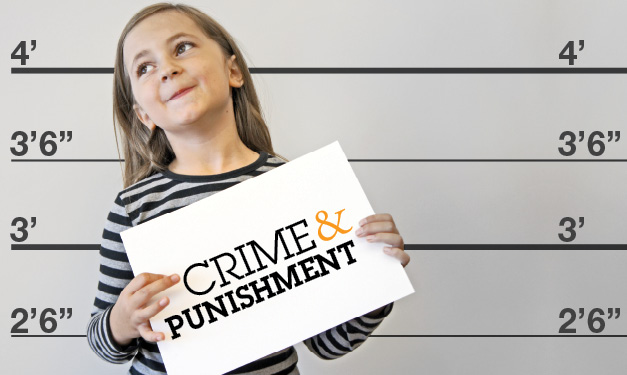 Picture this: Your 4-year-old discovered your 10-pound bag of flour in the pantry and decided to redecorate your family room while you were upstairs folding laundry. You notice that she’s been awfully quiet. Too quiet. When you come into the family room, you find the couch, TV, even the framed pictures on the wall smattered with a layer of flour.

Your first reaction might be anger, yelling that she needs to stay in her room for the rest of the day because she’s done something bad. Or perhaps you take a few deep breaths before explaining to your child that she knows better and she needs to help you clean up the mess – you might even explain that as a punishment she won’t be able to watch her favorite TV show for two days. Then again, maybe you laugh off the whole thing, hurling a handful of flour at her, inciting a mini food fight.

These various reactions are typical. In fact, most parenting styles for discipline fall into three categories, according to psychologists: “authoritarian,” where kids are expected to follow parent-imposed rules, no questions asked; “authoritative,” where kids help develop rules and punishments for breaking them along with parents; and “permissive,” where kids are allowed to pretty much govern themselves.

Depending on your parenting style, how you reinforce the rules around your house will differ. Here are the pros and cons of the three primary styles of discipline – and what they look like today.

Authoritarian: Tiger Moms on the Prowl

Author Amy Chua set off a firestorm with the publication of her book Battle Hymn of the Tiger Mother. The mother took to calling her daughters names and withholding food to get them to do what she wanted. While Lori J. Warner, Ph.D. didn’t read Chua’s book, she’s familiar with the concept, which she describes as an “authoritarian” style.

“It’s almost a military mindset,” explains Warner. “The idea that, ‘If you don’t do what I want, you’re going to be disciplined.'” With this parenting style, the child doesn’t have much of a say with the rules and expectations. “The downside of this approach is that (the child) tends to either rebel from the rules or fold inward and withdraw.”

She notes that the child doesn’t learn to think independently when it comes to decisions but instead either seeks to do the exact opposite of what the parents have asked or simply goes along with the expected behavior.

Some parents are looking to be their kid’s best friend. Warner describes this approach as “a very warm style that doesn’t have a lot of boundaries, guidance or expectations. It’s almost like the kids are just hanging out with parents.” The idea is that kids will learn through their own experiences how to behave.

“The risk with this approach is that children aren’t adults and they shouldn’t be expected to have the life experience to make the right judgment calls,” advises Warner, who goes on to say that the laid-back parenting approach can leave kids wondering how to behave appropriately and may, in extreme instances, result in kids feeling like parents don’t care.

Warner calls the authoritative approach to parenting a “happy medium.” This style blends the structure and expectations of the Tiger Mom with the understanding of the permissive parent who wants kids to learn from experience. “What you want to think about is, ‘What do I want my child to learn from this experience?'” says Warner. “Discipline is really about teaching. Not trying to control your children, but guiding them.”

Warner relates how this might unfold in a real-world experience: For example, if your son is goofing off and spills milk all over, you can rush in and scold him and send him to his room. “But what’s the takeaway?” asks Warner. “He’s not learning he has to clean up after himself. He’s not thinking he needs to be more careful next time.”

What if instead, you use the experience as a teaching moment? Toss your child a towel and explain to him that he’s got to clean up the spill or else the milk will get sticky and gross. “Of course, you can tell him you’re not happy about it. But he’ll learn that when he makes a mistake, he needs to take responsibility and fix it.”

This balanced approach seems to be the reigning style, according to parents who responded to a 2010 National Poll on Children’s Health by the University of Michigan C.S. Mott Children’s Hospital. Overall, parents said their most common tactic when dealing with unruly kids wasn’t spanking but reasoning and talking to them, instead.

New trend: Are you a snowplow parent?

Warner says while she hasn’t noticed any spikes in extreme discipline styles in her practice, she has noticed other hybrid parenting approaches are becoming more common. With helicopter parenting, moms and dads hover over their children, constantly checking in on what they’re doing. Another trend she’s seeing has been dubbed a “snowplow” parent by some experts.

Similar to the helicopter style, with this approach, parents try to prevent their children from encountering any obstacles and instead try to make things easier for their children. “With a snowplow parent, the idea is to jump in and fix it for the child.” She notes that either style could fall into either the authoritarian or, to some extent, the authoritative style.

The real takeaway, though, says Warner, is that children need to be able to learn how to make decisions independently – and, with these trendy approaches, the child doesn’t have the chance to do so.

Still, while we’d all probably like to think that we fall into the category of the “happy medium,” there are times in parenting when it’s more of a knee-jerk reaction than a thought-out response. Take the flour experience. That was my 4-year-old who coated the walls in white.

Normally, I’d like to think of myself as a mindful parent, but in that instance, my response was to send my child to her room while I hyperventilated into a paper bag – the first and only time in my life I’ve done so – and to call my mom in tears wondering how I was going to clean the mess up (eight years later, you can still find a bit of flour tucked deep between the couch cushions).

It happens, says Warner. “Parenting is the toughest and most rewarding job you can ever have. It’s no wonder parents sometimes try something new. But nothing ever works 100 percent of the time.” That’s one reason it’s so important for parents to take time to think about their approach.

“I don’t know that most parents choose their parenting style consciously,” explains Warner. “Usually their style either mimics their parents or goes the exact opposite direction.” She notes that parents need to stop and think about what they’re doing. “Take a step back and figure out, ‘Is this what I want to be my style?’ As parents, we’re often rushed and busy and not necessarily thinking mindfully about how we’re parenting.”

Her advice: “Think about, ‘Would I be happy to have my child parent my grandchildren this way?’ because chances are that’s what will happen.”