Parenting Then, Now and Always 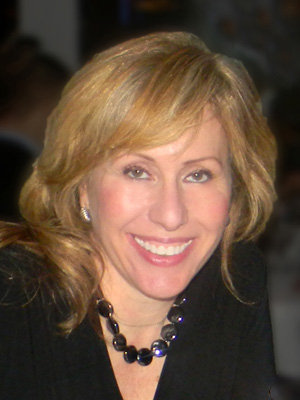 This month, Metro Parent is celebrating its 25th anniversary! A lot has changed in 25 years, both personally and professionally. My sons are grown and living on the East Coast. I’ve graduated from business school and our company has expanded in several aspects, adding publications, events and most notably an award-winning website.

There have been many parenting trends that have been extolled or dismissed during the past two and a half decades. Most recently, Amy Chua spoke of the phenomenon of the “tiger mom,” which revolves around tough love strategies of discipline and focus as an antidote to the westernized, self-indulgent style of parenting.

Chua’s attack on a more lenient style of child rearing is nothing new, of course. Years ago, John Rosemond, with his brand of “authoritative parenting” countered Benjamin Spock’s recommendations on taking a more child-centered approach to raising kids. Rosemond, for example, insisted that the parent should be the one to determine when a child can be toilet trained while Spock espoused focusing on the child’s “readiness” as the appropriate timetable. From corporal punishment to lavishing self-esteem, we’ve heard and seen myriad different – and often conflicting –  theories on parenting.

In 25 years, I have also witnessed a lot of examples of both good and bad parenting. I’ve heard stories that make one’s bones shiver and tales that make you cry from joy about parents who appreciate the sacrifice it takes to be a good parent and who step up to face the sometimes unpleasant challenges of raising children.

Families today look a lot different than families did 25 years ago. With social norms and expectations easing, the family structure has changed in a host of ways. Technology itself has transformed the child-rearing experience, both for parents and kids alike. Who could have imagined when Metro Parent first appeared on the scene that a quarter of a century later, children would be watching movies while driving to soccer practice, teens would be downloading schoolbooks on e-readers or moms would be texting their kids about pick-up times from the mall? Even our leisure time has been transformed by technology, ushering in new ways to imagine relaxation, recreation and downtime.

Despite the changing landscape of child-raising, we know that while we have always extolled parenthood as a most noble endeavor (and accomplishment), it isn’t easy being a parent. Parenting is riddled with self-doubt, mistakes, anxiety and worry. Hopefully, it’s also occasioned with success and happy memories. Over the long years of parenting our children, we know that the experience is an ongoing struggle with great rewards peppered among many sleepless nights, graying hair and boisterous power struggles over clothing, bedtime, homework and more.

The literature is filled with various parenting approaches to the vexing issues parents often face, with some experts exhorting the use of permissive parenting techniques while others maintain that too much authority creates rigidity in the family and unnecessary tension for the kids. “Nurture,” “Discipline,” “Show Love,” “Set Firm Boundaries,” are just some of the wise adages dispensed by these parenting gurus.

Yet, despite the tugs-of-war between advocates and experts of different parenting styles, one important thing that has remained a constant since Metro Parent was conceived is the steadfast influence that parents have on their children. Despite the nagging concerns and qualms that some parents had when the book The Nurture Assumption came out in 1999 suggesting that parents had little influence over their children’s long-term development of personality (which the author, Judith Rich Harris, suggested was shaped by experiences children have outside of the home), we know that parenting does in fact matter – and matters in a substantial and discernable way.

Today, there is ample evidence for the essential role of the parent as the salient influence in the development of one’s child. A few years ago, a Duke University study underscored this notion, finding that parents influence how their children think about the future as well as their performance in school. As one of the study’s authors wrote, “In order for children to reach their potential, they need their parents as informed advocates.” The study went on to recommend that parents should stay involved in their children’s education through the high school years. New studies amplify the essential role and influence that parents have in their children’s lives.

Although the evidence may have been a little more ambiguous 25 years ago, we now know that a parent or a loving caregiver has a powerful and positive impact upon the development and health of children and likely is the most important factor in a child’s development, starting before birth and continuing through adulthood. Good parents and caregivers provide children with a secure environment for proper development. Their parenting influence funnels into the language, learning skills, attitudes, behaviors and values that children start school with and carry throughout their lives.

We may have seen a lot of changes that impact childhood, the family and how we parent in the last 25 years, but no matter how the family is configured, the parent, as the central influence in guiding a child to adulthood, remains the principal cornerstone of a child’s upbringing.

When I look to the next 25 years of Metro Parent, I’m not exactly sure what to anticipate in terms of parenting styles and trends or how even more remarkable technological advances will impact and change the family. But I’m convinced as I was when I started this magazine a half-lifetime ago that the parent’s role as supreme caregiver and influence-maker in a child’s life remains intact, undiminished and unassailable.