The new research found that kids are 30 percent more likely to have behavior problems because of parental arguing at home. 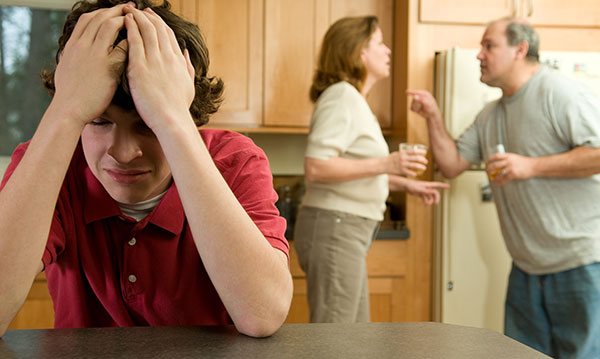 Staying together “for the kids” is no help at all if it means parents will be arguing in front of the children instead.

A new study out of the University of York found that children of divorced parents are harmed more by parental fighting than they are by a divorce, Daily Mail reports.

The research examined the non-cognitive skills of 19,000 children born in the UK in the year 2000. It found that among kids whose parents got divorced, those who witnessed arguing at home were 30 percent more likely to have behavioral issues.

While other studies have pointed to the negative effects of divorce on kids, such as an impact on kids’ school performance, this research could mean that dysfunctional relationships among parents are more problematic than the actual divorce, the article notes.

The study found that while children of divorced parents were more likely to have trouble interacting with peers, drop out of school or have emotional problems, these gaps were explained by “pre-divorce characteristics” in the family and the divorce itself had only a “marginal” role, Daily Mail reports.

“Conventional wisdom and a large literature from multiple disciplines tell us that parental divorce is bad for children,” the study explains, according to Daily Mail. “But the negative relationship between divorce and children’s outcomes may be explained by pre-divorce circumstances and, for example, parents who decide to divorce may also be lower educated or poorer, or they may have a more conflictual relationship.”

People who have experienced these issues first hand commented in support of the new research.

“Agree totally as when my parents divorced it gave me the first night’s decent sleep I had had for years as I could now go to bed without the terror of all the shouting and banging downstairs,” commenter MammaJo wrote in response to the Daily Mail story.

Others questioned just how harmful occasional disagreements could be.

“Arguments which allow partners to express differing opinions can be positive, and don’t indicate a dysfunctional relationship,” MJeA commented. “Far better than a situation where one partner is afraid or not allowed to disagree.”

Previous research has also documented the harm done by exposing kids to parental arguments. In 2013, a study was released that found arguments between parents can alter kids’ stress responses and might even cause kids to have a harder time with problem solving, Huffington Post reported.

Another study found that arguing in front of kids could cause serious emotional damage, according to Good Morning America. The good news for parents from that study, though, is that how they act after the fight could play an important role.

“Arguments that are dealt with effectively that are conducted calmly that show clear messages of negotiation and resolution have positive implications for children,” a researcher from the study explained.

What do you think of these findings? Tell us in comments.

'Even in our darkest moments, there’s light where you least expect it.'
Read more
Sponsored Content

Give your teen a head start for financial success — and spark his or her interest, too — with these fun budgeting activities for high school students.
Read more