Parker Tries ‘CoverKid’ on for Size 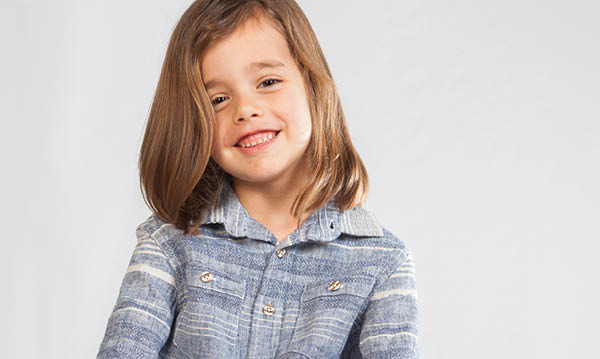 Curious who else won this year? Meet ALL of Metro Parent’s 2017 CoverKids here!

He wants a taste of everything – including sushi. Parker recently asked to try it and now it’s one of his favorite foods.

“He usually will try anything once,” says his mom, Jill Ehlers. His natural curiosity also makes the kindergartner an eager learner. “There are no short answers with Parker. He wants the full explanation.”

Another thing he loves to do? “Ham it up for the camera,” mom laughs. That’s why she entered him in Metro Parent’s annual CoverKids search, and we’re happy to announce Parker is our 2017 top winner. That means he’s featured on this month’s cover (flip back and take a look!) and gets $2,529 for college in a Michigan Education Savings Program account, which can be used for tuition, books and more at any eligible U.S. college or university.

Parker was in the car with his mom when they got the big news. His response? “No way! How cool!”

“This is a great opportunity,” says dad Bodo, whose German heritage is why Parker loves singing in German in addition to learning French at school. Parker’s also your typical Minecrafting, Star Wars-loving boy who likes riding his bike, playing with his 11- and 13-year-old siblings and eating his other favorite food, mac and cheese.

While his future plans aren’t exactly set, Parker does talk about attending the University of Michigan like his grandpa and following in the footsteps of his physicist dad.

“Maybe be a scientist,” Parker tells us of his ambitions. “My dad’s a scientist.”

For more on starting an MESP account, visit misaves.com.