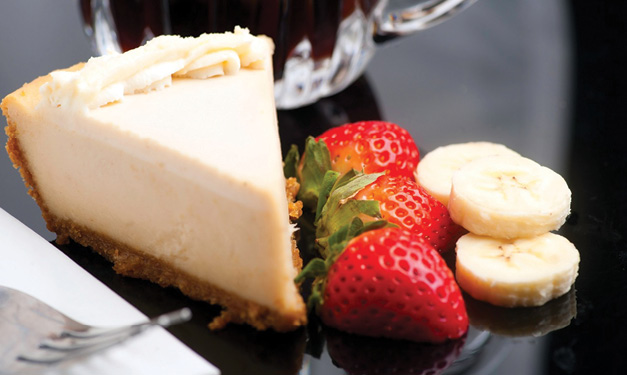 Rich. That, in a word, sums up cheesecake. A good cheesecake, that is. And at Peteet's Famous Cheesecakes, Patrick Peteet – founder, baker and dad of two boys – loves spreading the word. In fact, he boasts a "95 percent conversion rate." That is, folks who swore they didn't like the stuff until trying his.

"We don't say our cheesecake's the best," says Peteet, who launched his original Oak Park store in 2010. "We let the pubic do the talking."

And Peteet, who runs the shop with his family, doesn't skimp on ingredients. "It's an expensive item to make. It's not cheap," he says. But though it's the "Mercedes" of sweets, you can swing by for a free sample to judge for yourself.

It's also an underserved niche, Peteet says. "It's America's No. 1 dessert that is sold in restaurants today," he says, but few shops focus on it exclusively.

Peteet, who has his long-term sites set on franchising, is also beefing up the other cheesecake-based goodies at his latest store, too, like ice creams, brownies, cupcakes, cookies and kid-fave push pops.

"The sugar" wins tykes over, he laughs. "And it's flavorful. The kids love the cheesecake. They just like the texture of it. It's different."

Ready to join the 95 percent? Try one of Peteet's popular recipes. The secret: "You're using fresh strawberries and bananas. That's the difference right there!"