Pilgrim vs. Modern Parents: How Parenting Has Changed

Raising kids today is rough, but how does it now stack up to families fresh off the Mayflower? We compare pilgrim vs. modern parents to find out. 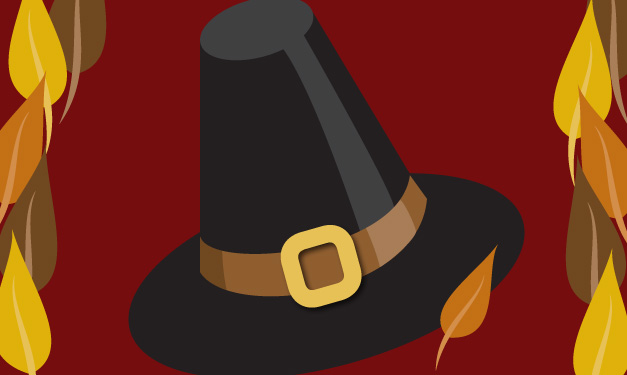 There’s no doubt – raising kids these days is rough. But when you consider the plight of pilgrim vs. modern parents, it puts things in perspective a bit.

Parenting has changed over the years, after all. And it’s sort of a marvel to think about what it was like for those moms and dads fresh off the Mayflower. Read on for a dash of Turkey Day levity sure to make you appreciate modern parenting.

For the modern family, snapping a nice photo is tough. There’s the logistics of finding a photographer and cleaning everyone up, and young kids aren’t apt to sit still and smile.

But imagine what it was like for Pilgrim mothers. They had to find a painter and get a family of 12 to sit still for hours of sketching.

Transplanting a family is stressful today, but at least the chances of dad dying from scurvy are pretty low. Pilgrims came over with about 100 people.

By the time everyone was settled into the Plymouth Colony, half had died from all sorts of nasty 17th century diseases.

Tell your kids that one next time they complain about having to switch schools and make new friends.

In reality, pilgrims wore clothes with plenty of colors and a style typical of England in the 1600s.

But did they have blue jeans, Christmas sweaters or bicycle pants? Pfft. They wish.

Getting to the New World was pricey. To cross the Atlantic, Pilgrims borrowed from European investors. To pay off the debt, they farmed corn, traded it for beaver pelts, and shipped the pelts to England through hordes of pirates.

Parents now may struggle to buy a house or fund their kids’ college education, but borrowing from modern banks is a much easier arrangement. And the U.S. Postal Service is a better courier for monthly mortgage payments.

Stop to think about how nice it is not to have a beaten dirt floor and a leaky thatch roof.

Some folks these days nitpick about vacuum marks on the carpet going the same way, but the Pilgrims had to worry about the roof catching fire and burning down the entire colony.

Thanks to electricity and technology, today’s families have plenty of options – from binge-worthy television and movies to video games.

Pilgrims either went to bed early or burned candles to stay up and play games, tell stories or talk. Hmm. On second thought, maybe that wasn’t such a bad idea.

Meeting with their Indian neighbors for the first time, each side exchanged hostages to ensure everything would go smoothly.

Naturally, it didn’t. Myles Standish, the Pilgrims’ early military leader, was notorious for luring hungry Indians into a tent with the promise of food – and stabbing them to death.

What modern Americans consider the first Thanksgiving was actually just a harvest festival. For the Pilgrims, a day of thanksgiving wouldn’t have included turkeys, yams or pumpkin pie.

Instead, it would have been a day of fasting and prayer. There weren’t any football games to watch on TV either; just 90 hungry Indians with plenty of dead deer for dinner.

The average life expectancy for a 17th century Englishman was just under 40 years. Nowadays, kids don’t even get around to moving out of their parents’ houses until they’re approaching their 30s.

Of course, many lived to be quite old in Plymouth Colony. High infant mortality was the primary reason the life expectancy was so low: More than 12 percent of all babies died in their first year of life in the 1600s.

10. Education is much improved

While they weren’t busy farming or dying of diseases, Pilgrim children had a bit of education. They learned how to read, since everyone needed to read the Bible.

But unlike today’s schools, writing was optional. Early in life, most children were taught by their mothers. But as Pilgrim kids aged, dad was considered the best teacher of manners, wisdom and authority.

Make mealtime less of a hassle with these fun ideas.
Read more
Travel