It's a time of major changes for your son or daughter. Here's what's going on in that transition to young adulthood – and how parents can help. 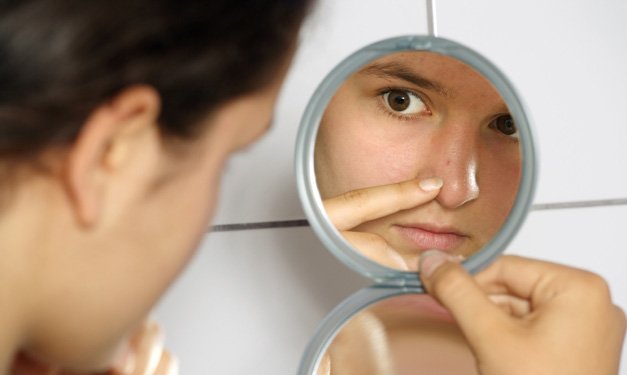 When our daughter turned 10, we received a note from her teacher stating all the kids in the class should wear deodorant. Medical experts note body odor is the beginning of puberty for kids, and some start as early as age 8.

For most kids, it takes a couple of years for their growing bodies to change. Puberty in girls and boys is the start of sexual maturation. It involves a series of biological and physical transformations. In the 1900s, the average girl’s menstrual periods started at 15. Today, the average age is 12, according to the American Academy of Pediatrics (AAP).

I realized my daughter was starting puberty when she became more aware of her appearance in sixth grade. Her pediatrician noticed changes too, and shared with us the Tanner Stages.

In 1969, Dr. James Mourilyan Tanner published a sexual maturity rating (SMR), called Tanner scale or stages, which describes the sequences of physical changes in puberty. It gives physicians a way of evaluating a child’s sexual development. There are five stages for boys and girls. Your child’s pediatrician will be able to share with you and your child the stages they have reached at each yearly checkup.

Hormonal changes in puberty lead to the development of acne. Up to 75 percent of teens and young adults will develop acne. Changes in the endocrine system cause the glands that produce oils to lubricate skin to get oilier and can lead to acne on the face, back and upper chest. For girls, it can start before they turn 13. For boys, acne usually occurs before they are 14 years old.

According to the AAP, kids may feel clumsier than normal, because their arms, hands, legs and feet grow at a faster pace during puberty than the rest of their body.

The AAP also states, “This is the time when a child begins to separate from his parents and identify with children their own age.” Their fluctuating hormones may cause them to feel great one day and be irritable the next. Being available to your child is helpful. Eating dinner together, taking walks and sharing one-on-one time may help in opening up quality communication time.

Instead of waking up early to watch Saturday morning cartoons, your teen many stay asleep until 10 a.m. According to the Board on Children, Youth and Families, “Teens need more sleep while going through adolescence – at least 9 hours a night.” Studies show that in puberty the body secretes the sleep-related hormone, melatonin, later.

Instead of getting good rest at 8:30 p.m., your adolescent now tosses and turns until 11 p.m. Sleep deprivation can lead to irritability, lack of self-confidence and mood swings. Don’t look at your teen as a lazy young adult if he sleeps in on the weekends. Instead, let him catch up on his much-needed rest. Studying for exams, going to bed late and waking up early to get to school before 8 a.m. doesn’t allow your child to get the needed hours of rest.

Medical professionals observe a child’s progress through puberty at their yearly medical exam. Girls developing breasts or pubic hair prior to age 7 and boys developing secondary sex characteristics prior to age 9 may have an underlying medical problem. Some of these children may have abnormalities of the ovaries, testes or thyroid gland. Others may have hormone problems or genetic conditions. If your child is overweight, she may develop breast buds early. If you notice your little one is physically growing up quickly, see a medical professional.

Medical professionals also watch girls that don’t display breast development by age 13 and boys who have no increase in testicular volume by age 14. Delayed puberty may “run in families,” however, chronic medical conditions, such as cystic fibrosis or diabetes, can delay puberty. Athletic girls who exercise strenuously and have little body fat may also experience delayed puberty. They can delay the onset of menstruation of up to one year or more than non-athletic girls.

You are your child’s best teacher. Reading puberty books together or sharing books with your adolescent and being available for questions can be invaluable in making the transition to a young adult. Sharing information and your own puberty stories will make the experience less frightening for your child.