European and American parenting cultures collide for this family living in Italy. Here, mom details some of the differences – and how they've struck a balance. 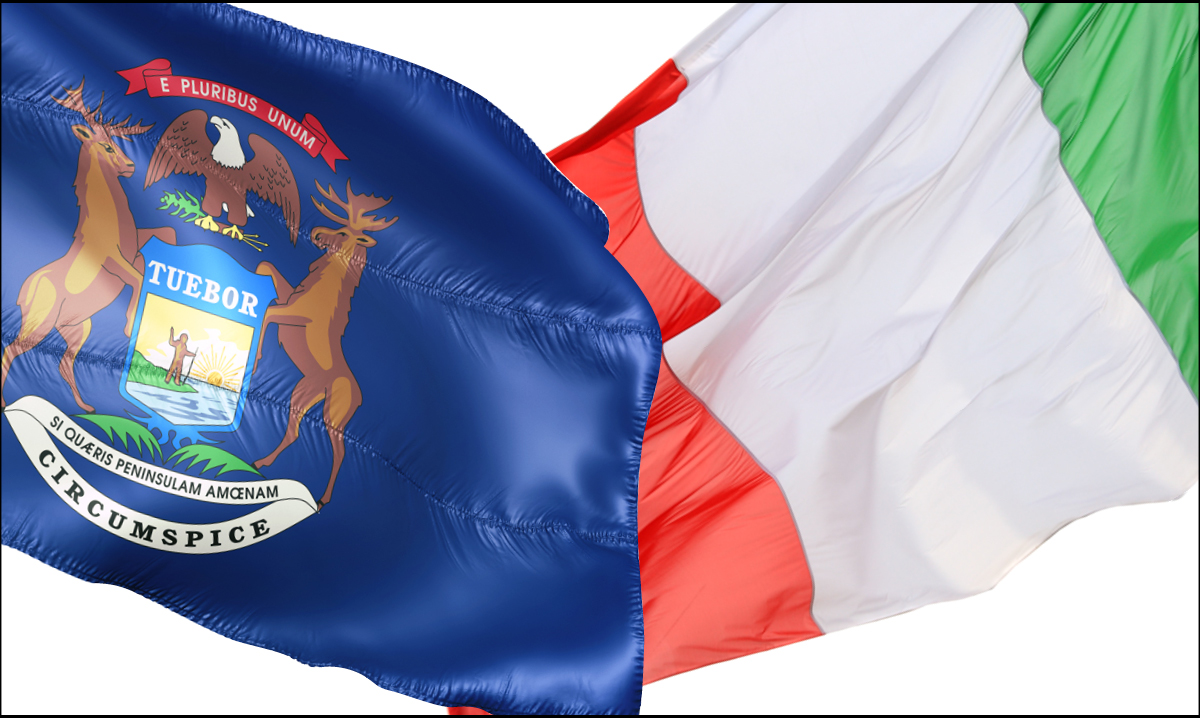 The parenting question of the week for my husband and I was this: Should we let our kids go to the grocery store in pajamas or not?

Our life is costellated with this kind of dilemma, caused by the different – very different – cultures we come from: I’m Italian, my husband is American, hailing from metro Detroit.

Nowadays, we are pros in managing a multicultural household, but it wasn’t always that easy. Here’s a look back – and how we’ve found our middle ground.

A match made in Milan

If love at first sight exists, we are the perfect example of it. It was Oct. 2, 2005. I was 21 years old and I would have never believed that on such an ordinary Sunday, my life would change forever.

The story goes like this (more or less): At a concert outside Milan, a young guy from Detroit who was studying fine arts abroad in Florence and a literature student, born and raised in Milan, exchanged eye contact. He asked her where to find the bathroom – very romantic – and there it was: Hearts raced, boom, it was love.

No one would have bet on a relationship divided by an ocean, but thanks to young love, yet to be drugged by the expectations and fears of adulthood, we did it.

Initially we lived on separate continents, but we invented ways and managed to always be together, eventually living in Ferndale, Michigan. In 2009 we got married and moved to Italy.

Everything between us was a new discovery: what we ate, how we expressed ourselves, even how we drove (I had a stick, he swore by automatic). Most of our cultural differences were pure enrichment, but in some cases, they turned into an exercise of mediation.

The real challenge came with the birth of our two daughters, who today are 2 and 6 years old. That’s when all of my “Italianness” and his “Americanness” came out.

All it takes is seeing us together at the park to figure out who we are.

If I go into police mode, never lose sight of the girls and yell a string of “slow down,” “be careful” and “where are you?” at the top of my lungs, then my husband becomes Mowgli, incites tree climbing, runs up the slide and laughs if they eat sand.

So much so that other onlooking parents – who are even more overprotective than me – look at him like an alien and study him as if he was a sociological experiment.

Italian moms and dads are the result of a culture in which the family unit is at the base of society. Maybe it’s because the distances are shorter than America – there are roughly 60 million people living in a land area more or less the size of Michigan, which has around 9 million citizens. Maybe it’s the Catholic roots. But here, parents are omnipresent figures and actively participate in daily life of their children – even when they become adults.

To illustrate: My husband, who lives thousands of miles from his family, talks to them on FaceTime once a week. We live five minutes from my parents, and I call them multiple times a day.

Amazed, he asks me every time, “How could you have so much to say to your mom?” Lots of things. Lots.

I think the Magna Graecia and the Roman Empire could be at fault for my tendency towards tragedy – something unknown to my American man that lives by the “Hakuna Matata” and “no news is good news” philosophy.

That to me is more like “no news equals certain death.”

On the rare occasions that we leave our kids at my parents for a date night, halfway through the evening, I have an urgency to call them and ask, “Is everything OK?” and “Have they eaten something?” (one of the largest communal worries amongst Italians) – whilst he appears not to worry and harps, “Enjoy the moment.”

Even defining the rules of the house at the beginning was quite a battle. For me and all the Italian families, dinner is a sacred moment and, at the table, there will always be some kind of pasta, veggies and a protein.

Meanwhile, for the first 20 years of his life, my husband only ate chicken, potatoes, corn, Taco Bell (I do understand this one, though) and, on special occasions, venison – harvested by his father who, like many other Michiganders, hunts as a hobby.

Every once in a while, he proposes peanut butter and jelly sandwiches to our daughters for dinner. “Over my dead body,” was my knee-jerk reaction. Then I put down my guns, and now it happens a few times a year. We learned to eat PB&Js, just like him – who now eats broccoli, cabbage and chards. No mushrooms, but I’m working on that, too.

Our parental battles also light up on issues like undershirts – to wear or not to wear (to protect them from being “hit by air,” of course) – and leaving the house with the jacket unzipped versus in short sleeves, even when it’s snowing outside.

I have to admit that the hardest thing for me to accept in American parenting culture is the overuse of “You can do it!” I think it creates too much emotional pressure in kids.

I don’t like seeing children being pushed to win at all costs, leading them to being competitive from birth. I prefer they mature with the idea that success is not a priority or a value – judging by the damage those concepts have brought to modern society.

My husband understands that, and I have to say that he’s cut back on that motto quite a bit.

Despite some differences and some difficulties, the rest is as good as gold.

Our girls speak two languages and, from 3 months old, have traveled the world. They have been introduced to strange insects thanks to their father, who grew up in the woods in the Upper Peninsula – all while living in a country where anywhere you look, there’s a work of art to admire.

And, above all, they learned to understand that things can be done differently and, either way, it’ll be OK.

As the New York Times notes, in America, multicultural weddings weren’t so common. For the past four decades they have been increasing, with at least 7% of married-couple households now including one native and one foreign-born spouse.

Believe me, that’s good news for all.