Qualities of a 'Good Guy' 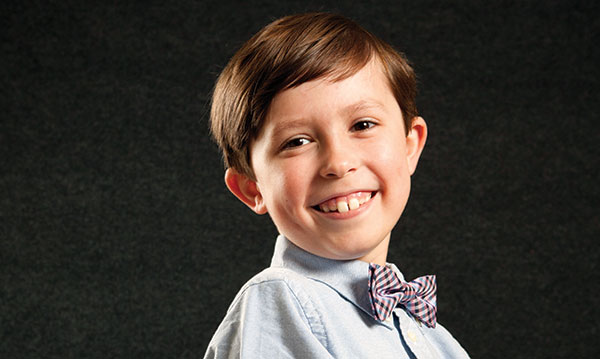 What are some of the good qualities in a guy? He listens, he treats women with respect, he’s confident but not cocky. These things seem simple but many men are lacking these qualities. Want to teach your son how to be a good guy? Here are seven qualities that today’s boys should be taught.

Think we missed one? Tell us about it in the comments section below.

He’s confident, not cocky. A “good guy” doesn’t sing his own praises; he just shows his capabilities in how he conducts himself and through his accomplishments. He’s less talk and more action.

He admits when he’s wrong. A “good guy” knows he’s not infallible. He can trip up, make mistakes and not be the “good guy” that’s in his core. On such occasions, he owns that failure and vows to do better.

He keeps is word. A “good guy” knows that the expression “a man is only as good as his word” is spot-on. He doesn’t make promises that he doesn’t plan to keep, and he keeps his promises, even if they end up being inconvenient.

He stands up for his beliefs and for others. Clearly a “good guy” is not the playground bully, but he’s also not the guy standing idly by while some other kid is getting picked on or when a woman is being mistreated. He’s the one who calls out others for their mean, rude and inappropriate behavior.

He is not ruled by his emotions. Yes, a “good guy” isn’t afraid to cry or stand up for someone, but he’s not a hot head. He thinks things through and isn’t reactionary. He will fight if there is no alternative, but it is not his first instinct. He’s not the guy who throws the first punch; he’s the one who breaks up the fight and gets everyone home safely.

He listens and is engaged. A “good guy” learns early on that it’s important to be an active listener. He’s not just waiting for a break in the conversation so he can say something; he’s curious about others and pays attention when they speak, engaging in a back-and-forth conversation. This is how you truly get to know people, and a “good guy” knows that’s important – and so does his future partner/spouse.

He treats women with respect. A “good guy” learns early on to appreciate the virtues of women, to not degrade them with sexist comments or lewd jokes. And a “good guy” doesn’t kiss and tell. In today’s times, that translates to also respecting a girl sometimes more than she respects herself. If a young lady throws herself at him, he doesn’t engage yet he still treats her kindly. He doesn’t take advantage of her interest in him if it’s not shared. And if a young woman shares nude photos with him, he realizes that though they were shared with him, they are not his to share with others. A “good guy” hits “delete.”

You can reach summits without your feet leaving too far off the ground at these indoor rock climbing places in southeast Michigan.
Read more
Macomb County Activities