A recent study says the number of hours moms spend with kids has nothing to do with their emotional or behavioral health. 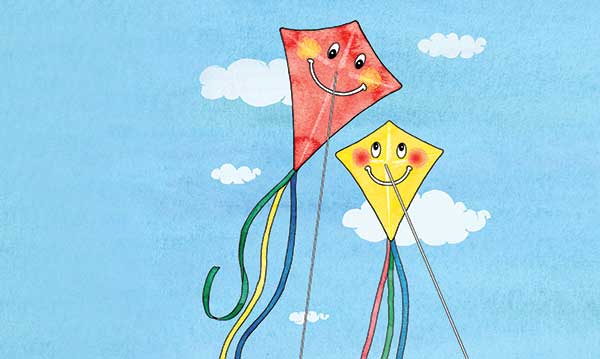 As a real estate agent for Coldwell Banker, Sophia Sboukis, a mom of two from Clinton Township, doesn’t have a 9-to-5 office job. While she gets the opportunity to work from home when she’s not showing houses to clients or closing deals, she has to balance calls and emails with her 9-month-old daughter’s feedings and her 5-year-old’s demands for playtime. Her elder daughter has no problem voicing that mom doesn’t spend enough time with her – which makes Sboukis feel guilty.

“I’m physically in the house with the girls, but I’m not emotionally present with them because I’m working on the computer or the phone,” Sboukis says, so she’s not getting that quality time with her girls. “It’s those days that she, as a 5-year-old can’t understand: ‘You’re here. Why can’t you play?'”

It’s tough for Sboukis – and many moms. Do they spend enough time with their kids – and, if they aren’t able to, is this negatively affecting them? It’s not, according to a new study published in the Journal of Marriage and Family. In fact, the amount of time moms spend with their kids ages 3-11 actually has little impact on their child’s emotional and behavioral health, the report finds.

More and more mothers started entering the workforce in the ’70s – and, over the years, the number of working moms increased from 41 percent in 1965 to 71 percent in 2014, The Washington Post noted in an in-depth report. Even though moms are working outside of the home more, it turns out they actually spend more time with their kids than stay-at-home moms did in the 1970s.

Melissa Milkie, a professor for the department of sociology at the University of Toronto and one of the study’s authors, says this time together has boomed for a number of reasons, including moms simply wanting more time with their kids – but also their fears for kids’ safety and beliefs that “more is better.”

“Because mothers’ time with kids had risen over the years, we wanted to see how more time matters in the two life stages, controlling for many other key factors,” Milkie says.

To get the details, researchers looked at time-diary data from the Panel Study of Income Dynamics, Child Development Supplement, a broad U.S. study tracing back to 1968. Children’s activities were recorded for a 24-hour period – including randomly sampled weekends and weekdays. “Time diaries allow respondents to record their time in activities in sequence, a common recall task, and the activities must add up to 24 hours,” Milkie wrote in a blog on The Washington Post, “so there is little room for embellishment.”

The researchers, who also hailed from Ohio and Maryland universities, evaluated both “engaged” time and “accessible” time – whether parents were interacting with their kids or just present with them – and focused solely on quantity of time.

What they found shocked many. Quality time counts more than the amount of time you spend with your kids. In fact, more time with kids has no link to emotional and behavioral health – or math/reading scores for ages 3-11.

And, if you’re spending a lot of time with your kids but you’re stressed, it’s worse for your children, the study finds. The takeaway? Instead of worrying about some sort of quota, focus on the fun you can have with your kids.

How do you feel?

The study’s findings have received mixed feedback from parents, but the information is a breath of fresh air for Sboukis, who says a two-income household is a must for her family.

“The study is a good thing. It’s telling me I don’t have to have as much guilt,” she says.

It’s a balancing act, but Sboukis says it’s good to know that she doesn’t have to feel guilty for providing for her girls – or leaving them to go to closings or dragging them along, if needed, for house showings. The few hours of playtime Sboukis gets with her daughters – that don’t compete with phone calls and emails from work – is actually enough, even if her 5-year-old says otherwise.

While the number of hours has less of an impact than you might have expected, kids will always need quality time with you. So focus on how you spend that time – not how much time you spend.

From Kings Island to Medusa's Slidewheel and more, here a few last-minute excursions to enjoy with the kids before the new school year.
Read more
Parenting