Gone are the days when a man was expected to carry a woman across a puddle. But that doesn't mean that there aren't rules for a modern-day man. 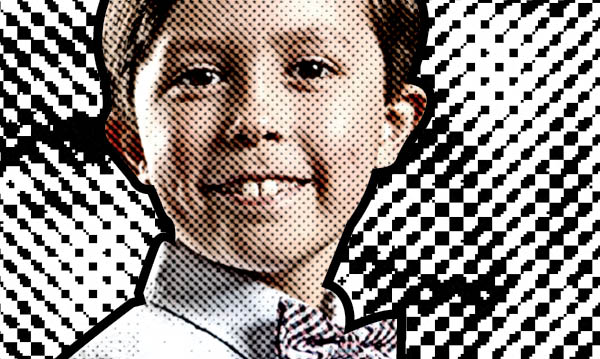 When I was super pregnant, my husband and I traveled to Chicago with our then-2-year-old son. We boarded one of the city’s streetcars to visit the aquarium and it was jam packed. As I stood in the aisle, hanging on to a strap dangling from the ceiling, my belly was practically bumping into a teenage boy who sat and tried hard to pretend I wasn’t there.

Not only did it not occur to him to offer me his seat, but his mom, close at his side, never suggested it either.

The baby I was carrying then is now 7 years old, and I still haven’t forgotten that incident. It’s in the back of my mind as I encourage my own son, now 10, to hold doors open for strangers, help me carry groceries from the car and always say “please” and “thank you.”

I’m proud when I catch him in small acts of kindness, like helping to unstack the chairs in his classroom or passing the ball to a younger kid during game time in karate. And I’m always quick to use the word “gentleman” when he and his friends or other boys show respect.

But am I being old-fashioned?

Absolutely not, says etiquette coach Jacqueline Baker, founder of Detroit-based Scarlet Communications. Not only does she encourage boys to open doors and give their seats to people in need, she credits good manners with setting a foundation for broader character and achievement.

Gone are the days when a man was expected to lay his coat over a puddle for a lady, but chivalry is not dead. Today, it’s just … different.

The word “chivalry” captures the combination of qualities expected of an ideal knight, including courage, honor, courtesy, justice and a readiness to help. It evokes the elaborate code that ruled the conduct of warriors during the Middle Ages.

In the modern world of smartphones and social media, good manners still go a long way.

It’s important to teach boys to make eye contact, shake hands, introduce their friends and parents, and speak in a clear voice.

Having a toolkit of good behavior allows boys to understand how to keep their word, maintain confidences, manage their physical strength and navigate the digital world.

Etiquette and protocol are constantly evolving with the changing times and, according to Baker, they provide a framework for teaching our young sons to grow into good men.

Scarlet Communications offers classes and consultations for adults and youth, along with annual workshops for Detroit Lions rookies. According to Baker, these young athletes need a crash course in how to dress, how to speak to potential corporate sponsors, how to work a room of fans and how to conduct themselves on the golf course and at nice restaurants.

“They’re used to being on the playing field practicing, not in business meetings,” she says.

To some extent, football players embody a modern version of the strong, brave knights of old, but Baker says many haven’t received education in courtly manners.

“It’s just like everything else: The younger you start, the easier it is to create healthy habits,” she says. “If you learn early what etiquette and protocol are and use it to your advantage, doors open for you.”

Baker says her most popular courses for children are dining and grooming, while social media is most in demand for tweens and teens.

Instilling manners lets children understand that there are established rules of conduct to turn to in social situations. She says the dinner table is a good place for an introduction.

“For most people, when they think etiquette, they automatically think dining,” she says. “It’s a go-to and I do feel like it’s an easy way to get kids engaged – they like to eat. I call it the etiquette gateway.”

At home, you can encourage your son to set the table properly, with the fork on the left, and spoon and knife on the right. At a restaurant, teach him to put his napkin on his lap, keep his silverware off the table and cross his knife and fork when he is finished with his meal.

Dinnertime also gives boys a chance to contribute through chores. They can help prepare and serve the meal, clear the table and load the dishwasher.

Grooming is another portal to protocol, Baker says. Boys should know the components of a suit, how to tie a tie, how to polish their shoes, how to comb their hair, brush their teeth, wear deodorant and learn about shaving. They should also be able to discern what is appropriate to wear in different situations.

“Around age 8, kids start to want independence. Dressing themselves is something they want to do,” she says.

In today’s casual world, Baker is realistic that boys aren’t going to button-up for school or social gatherings, but they should realize there are certain times to take off the baseball cap and pull up their pants.

“You can’t wear gym shoes everywhere,” Baker says. “And I think young boys should be aware that there are demographics that identify with taking your hat off in a house as a sign of respect. Regardless of whether you think that’s silly or not, you are going to offend them and possibly count yourself out of an interaction or opportunity.”

Yet Baker is quick to acknowledge etiquette is constantly evolving, which is why she puts a big emphasis on technology and online manners.

“I look to help people understand that there are new things happening all the time where we are trying to develop protocol around it,” she says.

Learning to respect themselves and others gives boys a strong foundation when they start to explore the Internet on their own. Baker says her social media etiquette classes are hugely popular starting with kids ages 11-12. The classes cover how to protect yourself online, including the fact that everything you share is instantly public.

“It doesn’t matter if you have a password, different username, or you’ve deleted it. Once you’ve sent it, your mom, your teachers, future coaches – all have access to that immediately,” she says.

Baker also hopes to teach boys to be wary that not everyone is who they say they are.

“For young men, in terms of engaging online, they like to get as many followers or female connections as possible, but you don’t always know whose profile that really is,” Baker says. “It could be a predator.”

For author Cindy Pierce, a modern sex educator and the mother of two young sons, sexting is a big issue. She says girls are often warned not to send nude photos of themselves, but boys have responsibility too.

Pierce frequently speaks on college campuses about the importance of teenagers courting in the real world.

“So much is happening on the screen there’s really not the face-to-face, getting-to-know-each-other behavior. It’s a delayed process to get to know who the person is, and that’s impacting social courage, connection and true intimacy,” she says.

Real world interaction will help boys build an honest relationship and understand social cues, including that “no means no.”

She agrees that raising sons to be good men should start young and suggests talking about sexuality and boundaries as early as 5 or 6 years old.

“By first grade, boys already know at all costs they need to avoid crying and can’t be their full emotional selves,” she says. “Boys are taught to tuck it away so early. I think it’s important to put words to your emotions and have dads, uncles, older brothers modeling that. Even if they shut down as teenagers, in the long run they will come back.”

Learning to honor their feelings gives boys a voice and allows them to stand up against bullies on the playing field – and, later, to speak against injustice in the world.

“Good strong boys fall into that mentality. When you give them words and reasoning to stand up to that, they start to be critical thinkers,” she says.

Shawn Darnell, owner of Darnell Choi Kwon Do in South Lyon, has seen this play out through generations of kids, including in my own son, whose small actions like sharing the ball with younger kids and helping to clean up when class is over add up to a bigger picture.

In addition to teaching martial arts, Darnell emphasizes core principles of humility, integrity, gentleness, perseverance, self-control and unbreakable spirit. He runs a leadership club that requires kids to participate in charitable work, and conditions of earning advanced belts include demonstrating acceptable behavior, doing homework and chores, and getting good marks in conduct and academics at school.

“You have to have all these things to be a person of character,” he says. “‘Being a man,’ you stand up for what’s right.”

The principles and protocol that boys are exposed to young can impact the wider world as they grow.

“Being caring and setting a good example, making the right decisions, they affect the community because other people look up to them,” he says. “They inspire everyone around them to feel better and be better people.”