Find out how Generation Alpha is already leading important conversations and why we should to listen to what they have to say. 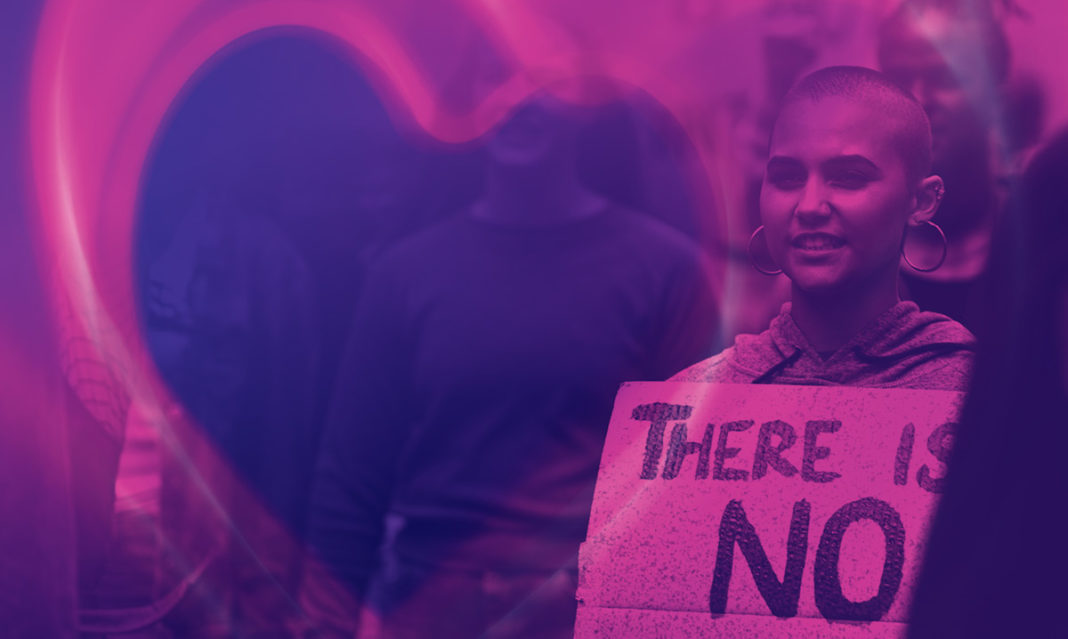 This was a busy year for Sarah Anton’s two children.

The boy, 8, and the girl, 10, have had many conversations about racism and fighting injustice within their Ann Arbor home. They created homemade signs to take to Black Lives Matter protests and rallies, and they attended a local program called Black Men Read, organized by a nonprofit that promotes storytelling and literacy by having Black men read stories to children.

“At its most basic level, children understand fairness, and discussing human rights in terms of fairness is a concept they can easily relate to,” says Anton, who is an English teacher.

Our children are living in a world with smartphones, data and easy technology within reach. They’re bombarded with news alerts, they’re watching riots outside their windows and they are offered gender-neutral toys. So, will this be the generation that’ll finally be woke? And how do we, as parents, pave the way at a time when the world appears to be more divided than ever before?

Generation Z — those born between 1997 and 2012 — already appear to be ahead of the game. And Generation Alpha, who are the first group of millennials’ children (the group born post-Gen Z), are expected to be the most educated and technologically immersed group of individuals that we’ve ever seen.

Hotwire, a global communications agency, recently polled 7- to 9-year-olds, and found that Generation Alpha cares more about all the issues than millennials and baby boomers did (and do). The poll found that 96 percent of these children believe people should be treated fairly, no matter what they look like, and 95 percent of them are already concerned about the environment.

“Generation Alpha brings with it a strong set of opinions about the world we live in today,” says Laura MacDonald, EVP and head of Consumer North America at Hotwire.

On TikTok, millions have confronted racism, begged their peers to encourage the BLM movement and urged multiple school walk-outs to support everything from climate change to gay rights.

This generation has more access to information than any previous generation, and they’re interacting with people across the globe through social media, learning about different perspectives, says Natalie Asayag, a licensed clinical social worker at DiveThru.

“They have also grown up consistently experiencing major historical events, been tasked with saving the planet, and struggled with their own mental health,” Asayag says.

It’s not all good news.

Gender roles regarding consumer culture today are more rigid than at any other time in history, according to Elizabeth Sweet, a sociologist whose research on gender, children’s toys, and social inequality examines this question.

Toys, clothing, baby gear and even snack foods are separated by gender. Even the gender reveal party — the big bash to reveal and forecast a child’s gender before the child is even born — is a relatively new phenomenon.

And our children aren’t born into believing that the world should be a fair, safe place: This is something that’s learned throughout their childhood.

“It’s important that children learn about social justice issues and movements when they’re young because it will shape them as inclusive and empathic adults who have the ability to enact great social change,” Asayag says.

That’s why many parents today may be struggling with how they can mold a new generation of allies for the environment, racial justice, gay rights, gender equity and more.

“This question has come up in parenting sessions more than ever before,” says Courtney Bolton, a family and child psychologist.

The first place to start is by teaching children to think about others. We want to cultivate a sense of empathy by modeling and guiding our children to be compassionate: How do our actions make others feel? Why do other people have different beliefs? We need to normalize different ways of life, such as blended families and non-traditional families, Bolton says.

“The more parents can introduce different experiences, ways of life and belief systems in a compassionate way, the more comfortable children will be in a variety of situations and with people from different walks of life,” Bolton says. “When children are sheltered, exposed to limited belief systems as right or wrong and insulated, the more fearful and uncomfortable they tend to be.”

This can start at a very early age.

Monica Papasian, of Warren, began with easy references her children could understand. She placed a garden flag in front of her home that says “All for Love and Love for All.”

“My daughter Olive references that often: Essentially, if we could be more loving and allow people to love who they want, we would all be in a better place,” Papasian says of her 6-year-old.

Papasian also put a Little Free Library in front of her home, and turned it into an anti-racist library that’s also a library for equality and inclusion. The family initially purchased more than 70 books about Black history, along with books about Native Americans, LGBTQ+, the Women’s Rights Movement, Ruth Bader Ginsberg and other activists.

“We also purchased packs of multicultural colored crayons with a variety of skin-tone colors,” she says. “They have had the opportunity to share this with their classes and friends, telling people in the neighborhood about the library, what it represents and why it is so important, and we were asked to read some of the books to our local Girl Scout Troop and discuss diversity and inclusion with the troop.”

It’s the first step toward getting the conversation started.

Arizona State University researchers found that children begin segregating their friendships by sex by the end of preschool, enforcing gender stereotypes. If, however, the children were encouraged to play with friends of all sexes, they were able to learn to problem-solve and to communicate much better, the study found.

It’s also key to expose children to people who are different from them and to have dinner conversations about different points of view – even if these views don’t align with the views within your own family, says Annie Henderson, a certified professional life coach, and host of the podcast “Coming Out Loved and Supported.”

“Allow this conversation to happen without judgment or shame,” Henderson says.

Ages 3-5 is when children start to understand social convictions and moral issues, so it’s important to be exposed and to experience important causes throughout their childhood, adjusting the age appropriateness as they grow, Henderson says. Racial and gender identity typically develops between the ages of 2 and 3, as children become aware of the differences between them and other people. Studies found that 3-year-olds who are exposed to racism and prejudice accept these beliefs, though they may not understand them. This is the age when they start to notice physical disabilities, skin and hair color and ethnicities. By the time they start kindergarten, they identify with their ethnic group.

Not sure how to start the conversation?

The beauty of parenting right now is that we have access to many tools, from books to the Internet, to teach and expose children — even if your particular community is homogeneous, Bolton says. Guide your child through a discussion, and rather than saying something is right or wrong, have a conversation about how you reached the decision that something wasn’t in line with your beliefs.

For example, when talking to your child about systemic racism, parents can share a story of a child who was punished because of the color clothing he was wearing or because of the person he chose to be friends with — and then move the conversation toward talking about the color of skin, Bolton says.

Once your child is a little older, you should encourage him or her to explore their own thoughts and questions about the world.

Courtney Sherwood, based in Allendale, likes to challenge her children’s ideas and opinions.

“Our nightly dinners can go on for an hour as we discuss what’s going on in the world,” says Sherwood, who has a 12- and a 14-year-old. They talk about everything from voting at the polls and with their dollars (where they donate and where they shop); how to find credible sources; how to use social media to express their beliefs; and how to focus on the problems they want to solve rather than the jobs they want to have.

“This has really framed how they think about what is important to them,” Sherwood says.

The day after the 2016 election, when Sherwood’s daughter was 10, the child announced: “‘The next president needs to be a trans-LatinX-Native American-atheist,'” Sherwood says. “She was really clear that everyone needs representation.”

Here’s the good news: Children are already broadening their views naturally. Young children are more accepting today because they are exposed to more diverse backgrounds via media and technology than ever before.

YouTube videos made in India have become some of the most popular Netflix videos for young children and feature music from Bollywood. Books for young children increasingly feature diverse families and people of color, and early childhood programs are making a concerted effort to ensure children in the classroom see themselves in media displayed around the room, Bolton says.

“And while mothers still take on the majority of childcare and household duties, children have a new model, with fathers sharing that responsibility,” Bolton says. “Each of these actions increases children’s exposure and positive associations.”

The children are leading the way. We just need to guide them in the right direction.