Real vs. Fake News: Can Kids Tell the Difference? 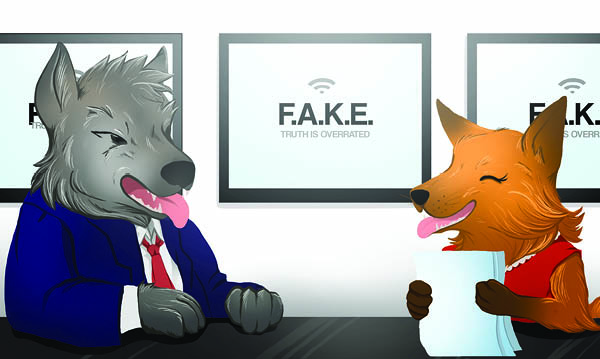 Pop quiz: What’s the difference between native content and an article?

Unfortunately, in the battle of much-touted “fake news” vs. real news, it appears fake news is winning – at least when it comes to tweens and teens. A new study from Stanford History Education Group in California found a startling number of students couldn’t tell the difference between native or “sponsored” content – aka ads that look like articles – and actual news stories.

“Overall, young people’s ability to reason about the information on the internet can be summed up in one word: bleak,” the study declares.

“More than 80 percent of students were unable to identify sponsored content,” says Joel Breakstone, the Stanford group’s director and study’s co-author. He adds while many students know what the words “sponsored” and “content” mean, they don’t connect that it’s paid advertising.

The findings aren’t surprising to Lee Wilkins, a communication professor at Wayne State University and the department chair. “We’re talking junior high school students.” She’s not expecting them to be able to tell the difference.

“When I see a pop-up ad on my computer screen, some little tiny part of my brain screams, ‘Advertising – be skeptical,'” Wilkins says. But if you see it as news (which native content looks like), the brain doesn’t react in the same ways.

But this is just a piece of the puzzle.

“Inaccurate information that spreads like wildfire on social media … it’s problematic,” Breakstone says – because it prompts people to make decisions. And it’s pretty common. In an effort to share information quickly, people often don’t dig into a news story first to find out whether it’s accurate.

“We’ve lost the ability to say, ‘I need to find out whether this might actually be something before I pass it along,'” she adds.

Not so news savvy

Over a year and a half, the Stanford History Education Group collected data from 7,804 students – so-called “digital natives” in middle school, high school and college – in 12 states.

“There are a range of tasks that range from basic paper-and-pencil assessments that were geared towards middle school students,” Breakstone says, “to more complex, open web searches geared toward college students.”

One task asked students to look at an oil company’s ad and a science news section on the same website. Researchers realized the majority of students selected the ad – used to promote a company – over the actual news post as more credible.

“(Students) thought that was more reliable because of the appearance of the (ad) – that it was more attractive,” Breakstone says. “Students seem to focus overwhelmingly on the content of the items presented to them more than the origin.” In other words, they don’t question the purpose of the post or the person who made it.

Furthermore, Wilkins says people tend to disassociate the source from the message over time.

When it comes to tweens, teens and even adults separating real from fake news, Wilkins says it boils down to two things: media literacy – learning how to read media – and news literacy, which is “learning to understand what really constitutes authentic, professional news.”

Breakstone suggests asking kids the following questions: How do you know that? What is your source? Where did that post come from? Who made it? Why do you think that’s a good source? Why do you trust it?

In fact, Breakstone and his research crew even asked professional fact checkers to carry out these very tasks on various websites. “What we found is the fact checkers immediately left the website to do a quick search about the website,” to find out what other sources said about it – instead of just clicking the “about us” section.

Google the name of an organization plus the word “critique” to see what other websites and assessments pop up. Read carefully, he adds.

“I think with middle school students, we could begin to instill the notion that we should ask where information comes from rather than accepting information at face value.”

Mardi Gras (aka Fat Tuesday) falls on February 21. If you're looking to celebrate at home with the kiddos, this handy Mardi Gras guide has you covered.
Read more
Sponsored Content