Screen-Free Week, Day 5: Giving In But Not Giving Up 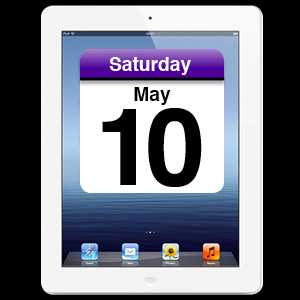 OMG. I caved. I didn’t think my family would fail at Screen-Free Week, but it happened.

I turned on Frozen for my daughter yesterday.

However, let me explain.

My 5-year-old stayed home from school for the second day in a row, and it turns out she was sicker than we could have imagined. She’s been under the weather on and off for sometime and a misdiagnosis led to a severe and rare allergic reaction to a medication that left her covered in a painfully itchy rash.

We got through most of the day screen-free. She napped, and we cuddled and picked up where we left off in her fairy tale book. But she was just too weak to do anything else I suggested to keep her busy, like coloring, sorting our puzzle, or even her favorite thing ever, baking a cake.

She’s not old enough to get lost in a chapter book, so the temptation to turn on a show began to creep in.

I didn’t take the decision lightly, but put it off like a dieter avoiding a tempting snack.

No. 1: I knew I would have to publicly declare our family’s failure in this blog. No. 2: Where would it stop? Would we just scrap the whole challenge and break our digital fast completely? No. 3: The most daunting issue was explaining the transgression to our 8-year-old son. He’s been absolutely opposed to going screen-free all along. How could I justify letting his sister watch a movie, but keep him from playing his treasured Friday night video games and watching the shows he loves to share with his dad?

But in the end, Screen-Free Week started to seem like a punishment. Here’s my husband’s take on it (which he texted via screen, of course):

“This is about seeing how pervasive screens are in our life. If we make this concession on account of our daughter being exceptionally sick, I am fine with that,” he wrote.

Finally, after her second oatmeal bath and a fresh round of medicine, I tucked her into our bed and flipped the switch.

And you know what? I don’t regret it.

It kept her mind off her itching until her brother got off the bus. And although our son was outraged at first (he kicked a pillow across the room), he’s old enough to understand the spirit vs. the letter of the law.

And the best news is, we didn’t abandon the challenge altogether! The screen time ended with the movie credits, and we spent the rest of Friday night offline. Verick had his friend over again and they played Clue, piano and guns, and ate pizza and ice cream. After that, he and his dad finished a long-standing LEGO chess game (albeit using an iPhone timer to move things along).

We’re going to spend the rest of the weekend Screen-Free, that is until late Sunday afternoon, which has been non-negotiable from the start.

Find out why Sunday screen-time is essential to my marriage in tomorrow’s blog!

In the meantime, enjoy this beautiful day!