Parents who are concerned about viral videos describing attempted incidents of sex trafficking at malls should know they may not be what you think. 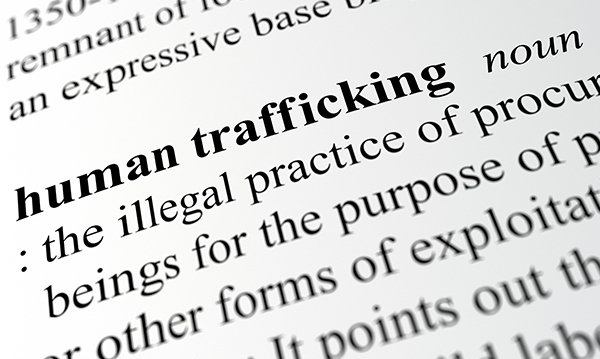 Sex trafficking is a major concern in Michigan. For parents, this worry sometimes flairs up when videos allegedly showing kids narrowly escaping abductions at shopping centers hit social media. But sex trafficking at malls and stores like Target or Walmart isn’t reality.

It’s a message the Michigan State Police has emphasized in response to various videos and posts that have gone viral on Facebook and other platforms – notably in 2017.

At that time, a man described an experience at a Target store in Canton where he says his wife and child were almost abducted from the store in an apparent human trafficking attempt, Fox 2 News reported.

Other reports had suggested that sex trafficking goes on at Great Lakes Crossing Outlets in Auburn Hills.

But actually, “That is not an issue at all,” says Michigan State Police 1st Lt. Michael Shaw in a 2017 interview with Metro Parent. In a follow-up conversation, he confirmed the same held true in late 2018.

“In the 23 years I’ve had in law enforcement, we have had zero kids abducted for sex trafficking,” he adds.

Human trafficking is a major problem in Michigan and elsewhere, though. In fact, the Michigan attorney general’s office has called it “a modern-day form of slavery” and the second-largest and fastest-growing criminal industry in the world.

“Human trafficking does exist in Michigan, there’s no doubt about it,” Shaw says. “We see it during big sporting events, the auto show, every day in urban areas through prostitution.”

But again, he says, “There’s no kidnapping involved.”

Shaw continues, “It’s something (where) 99.9 percent of the people involved that are victims, they know the person that did that to them prior to it actually happening.”

“Everything that’s happening with younger kids is happening on the internet. There’s nobody at Great Lakes Crossing (targeting people in) the food court,” he says. “There are way too many people that these guys can groom online.”

That’s one of many reasons why it’s critical for parents to be vigilant about their kids’ activity online.

“Parents really have to monitor what their kids are doing on the internet,” he says, adding that youth should have no expectation of privacy when it comes to their online activity. “You should know their passwords, what sites they go on, exactly what they’re doing online. You should always think of the internet as an open door to your house.”

Often, family members are responsible for bringing a child into trafficking.

“The No. 1 way that kids get involved in sex trafficking is, unfortunately, family members,” Shaw says. It’s also more likely to happen to runaways who are “befriended by people who are into this type of illegal conduct.”

Why the viral posts?

As for the viral videos and social media posts, it’s possible that these local shoppers did notice suspicious behavior – it just wasn’t likely to have anything to do with trafficking, Shaw says.

In the case of the social media speculation – and Shaw notes there were also a few cases of it in Michigan earlier in 2018 – “I think it’s a little bit of an overactive imagination.”

Whatever the person’s motive may be, however, any suspicious behavior should be reported to law enforcement.

“What we always recommend to people is if you see somebody like that … contact security in the store and have somebody walk you out to your car,” and then contact police, he says. “We’d rather come out there and find out it was just a misunderstanding … than somebody know something’s wrong and not contact us and then be a victim of a crime.”

“If you don’t think something’s right, then it’s probably not,” he says. “Even kids have those feelings. They don’t like certain people. Don’t discount the child’s gut, either.”