Sexting: The New 'First Base' 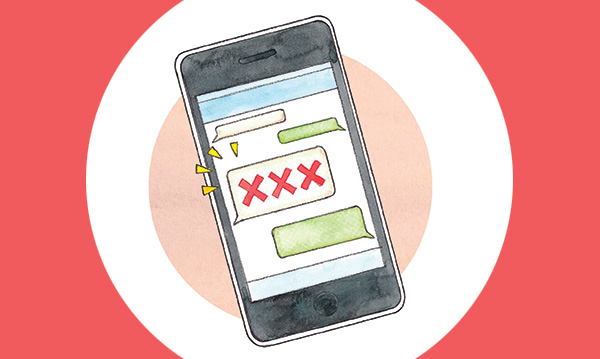 Are you sure your teen isn’t sending sexy photos or texts? Not so fast.

“Sexting” – the sending and receiving of explicit messages – is so common among digital-native kids that it’s the new “first base” of adolescent sexual behavior, says a recent study by the American Academy of Pediatrics.

That’s right: A not-safe-for-school selfie is akin to what kissing once was. Unlike making out, it’s a lot harder to get rid of the evidence. But that isn’t stopping kids.

Teens sext “as a normal part of adolescent sexual experimentation and development,” says Robert Weiss, a California therapist who specializes in technology and relationships.

While standard, the repercussions can be steep. Anxious about broaching the issue? Weiss offers this advice.

How can I tell? “Unless a parent has access to a child’s smartphone,” Weiss levels, “there is no way to know for sure.” You can certainly attempt to set restrictions or monitor your child’s tech activity. But Weiss says a better option is to simply have a conversation.

Acknowledge your child may be sexting, going on to say, “I’d really like to talk to you about it so I can know what’s going on, and also to make sure you understand the potential consequences of this behavior.”

Confronting. Weiss says the worst thing a parent can do is overreact: “Oh my god, you’re sending filthy pictures using your smartphone and I’m taking it away this instant!” Instead, try an “open-minded, non-judgmental way, recognizing that their child may have very different views of the meaning and effects of sexting.” Be calm. Allow your child a chance to be honest. Then, emphasizing you don’t want to stifle him or her, spell out your rules and reasons.

In more serious situations, if you opt to add monitoring software, talk to your kid about this. “Include your children in the ‘settings’ process, giving them input about what material should be blocked and/or reported.”

Consequences. There are two types of sexting, Weiss says. “The first is when people send existing sexualized imagery that does not depict themselves,” he says. “The second is when people take sexy selfies and pass them along.” The second is usually more concerning. Once gone, the sender loses control of it. “The recipient can delete it, keep it for personal use, forward it to friends, post it online, etc.”

This has redefined the meaning of a bad breakup. Sexted imagery can be used as a weapon – pictures get shared with others at school or even splashed on social media. There can be very real legal consequences.

“The making and dissemination of child pornography is a felony. This means that a minor who sexts an image of himself or herself has committed a serious crime,” Weiss says. “Receiving such an image is also a serious crime.” Explaining this may not curb the behavior entirely. It can, however, encourage teens to make better decisions.