This local mom of four inspires other moms on Facebook and coaches other women as a Rodan + Fields rep. Here, learn why we look up to Stacey Longo, too. 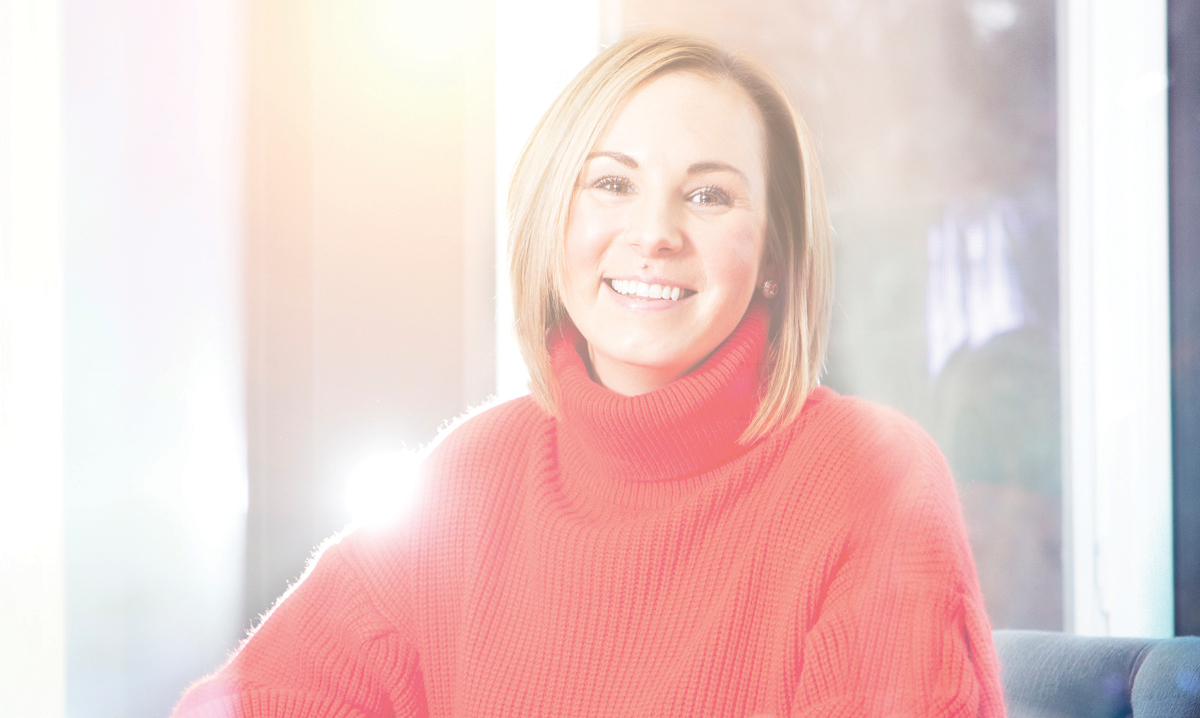 Editor’s note: Julia Elliott, editor-in-chief of Metro Parent, talked to three metro Detroit moms she admires to kick off the New Year. Read about Stacey Longo here – and then read about Lynne Golodner and Danielle North, too.

I had never officially met Stacey Longo, 33, until I walked up the sidewalk of her Macomb Township home. Of course I felt like I knew her, like we do nowadays with people we connect with on social media. Especially those who are as transparent about their lives as Stacey has been.

As the founder of the private Facebook group, Mommyhood 101!!, Longo has somehow come off over the couple of years I’ve followed her as both impossibly perfect with her Insta-fabulous looks and life and yet totally relatable.

She may have killer abs and a great sense of style, but she’ll get real about everything from her personal habits and fertility struggles to willful kids and a life-threatening case of severe preeclampsia that resulted in her fourth and final child being born premature this past year.

“I always wanted to be a wife and mother, but I never thought I couldn’t stop being me, being Stacey. Having my own identify and passion is important to me.”

As soon as she opens the door, I can tell my digital impression was right.

She’s bubbly, warm and immediately chatty. “I talk a lot,” she warns, but the warning is an invitation as far as I’m concerned – since that’s just what I came for.

After she poses like a pro in our photo shoot wearing a fire engine red sweater, black leather pants and bare feet, we settle on her deep, marshmallow-soft couch for what could have been a nap, but instead was an attempt for me to dig a little deeper into this woman I’ve admired from afar.

“I’ve always been a positive person and goal-oriented,” she explains. That was what drove her as an athlete and student at Utica High School, a finance major at Central Michigan University and to careers in banking and accounting.

That, and her entrepreneurial spirit, is also what inspired her to strike out on her own to sell Rodan + Fields and coach a team of other sales reps. It’s also what sparked her to found Mommyhood 101!!.

Longo is often the voice of reason in the online group, advocating for self-care, date nights and couples-only vacations.

“I have always been really strong on the idea that you can’t pour from an empty cup,” she says. “I don’t see it as selfish to put your own needs and your marriage first sometimes.”

She also makes no apologies for tapping into help.

“I love a clean home, but it is hard to fit in. And with kids, it’s like cleaning with the blender on,” she says. “So I hire it out. We hire out lawn service, too.”

It’s this “reward of time” that Longo says helps her achieve her ultimate goal: balance. For years she had a vision of her family living carefree in a field, sort of like the opening of Little House on the Prairie.

Just recently, she used that vision as the inspiration of a family photo. To her, it manifests a dream she’s finally realized – her family complete, her health restored after a tough pregnancy, her future brighter than ever.

“Approach everything in your life as an opportunity. I’ve stopped saying ‘I have to … ‘ and instead say ‘I get to … ‘”

“My mom. She worked, coached, was in a bowling league and she didn’t miss a beat.”

Try one — or all — of these easy breakfast ideas for kids when the school year begins.
Read more
Travel