Whether you're at the zoo or the splash pad, here are five tips to keep kids safe in crowded places this summer. 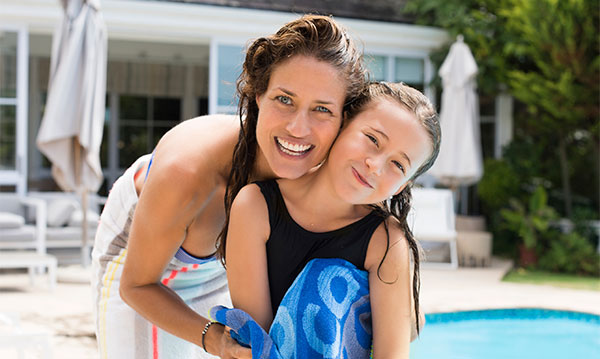 A second of distraction can equal a lifetime of guilt.

As the public reeled over the killing of Harambe the gorilla after a 4-year-old boy entered the animal’s enclosure at the Cincinnati Zoo at the end of May last year, people on all sides of the issue seemed to be asking this question: How did the boy slip away long enough to fall in?

Whether it was the distraction of other children, checking a cellphone or simply a determined child who couldn’t be stopped, the boy’s parents are – as we all are – fallible. And so is the zoo, along with other places we might reasonably expect to provide a safe environment for our kids. Try as we might as moms, dads, community, “village” – safety is not guaranteed.

Accidents can happen even under watch of the most “helicopter” parents among us, after all. But as the summer approaches and families head to crowded destinations, it’s an important reminder to be vigilant. We can expect most parents will be on high alert at the zoo this year and we should also be cautious at water parks, festivals, playgrounds and other places where drowning, injury or getting lost in a crowd could occur.

That doesn’t mean your little ones should be strapped in the stroller or attached to a child “leash” all summer, of course. There’s a balance to be struck and Metro Parent wants to help you find it. Consider these five tips from local experts when you’re out and about this summer and add your own tried-and-true tips in the comments.

“I think parents need to put the cellphones away and pay attention,” says Sgt. Brent Jex of the Oakland County Sheriff’s Office Marine Division. “Parents need to be in charge, not the kids.”

It’s becoming a common problem. “People don’t seem to pay attention and watch what’s going on around their surroundings,” he says.

If you need to check your phone for work or other obligations, do this when your kids are contained in a safe place; leave it in your pocket or purse the rest of the time.

We already know cellphone distraction is bad for kids’ development and a common cause of car accidents. Checking your phone – warranted or not – could be the “split second” that it takes for your child to wander off.

Maybe it’s “one hand on mom (or dad, the stroller, the diaper bag) at all times,” staying within a parent’s reach, holding hands through crowded areas or the “buddy system” for older kids. Be prepared to enforce the rules – even if that means leaving sooner than you planned.

“Establish the rules ahead of time so the kids know what’s expected of them,” Jex says.

Also, prep your kids for the rules of the venue and point out posted signs, like “do not climb” on fences at the zoo.

“For everyone’s safety, we prohibit guests from entering restricted areas,” says Patricia Mills Janeway, communications director at the Detroit Zoo. “We do not allow guests to climb over, lean on or lift children onto or over fences at animal habitats.”

And know your limits – invite grandma or a friend to tag along if the outing you have planned will stretch your attention too thin.

3. Be extra cautious around water

Water parks and splash pads might be among the most fun – and most dangerous – places to take your kids. Never leave children unattended around water, give them 100 percent of your attention and learn CPR just in case.

“(Drowning) is not like you might see on TV. They can’t call for help or wave their arms,” Jex says. “Most people when they’re drowning would slip quietly under the water. You don’t realize there’s trouble. That’s why you need to pay attention.”

Formal swimming lessons can also protect young children from drowning, but supervision is still key. Parents shouldn’t rely on lifeguards and kids should also wear lifejackets when they’ll be near water, Jex says.

“Sixty-three percent of people who drown never even intended to go in the water,” he adds.

4. Plan for the worst

Educate your kids on what to do if they get lost, teach them how to be safe and know what you would need if your child goes missing.

“We advise the use of name tags for small children to facilitate their return to parents or guardians in the event they become separated,” Janeway says. “We also encourage guests to have a designated spot in the zoo to meet if that occurs.”

Teach your kids to find someone in a uniform or who seems to work at the facility if they get lost. Parents should also make a mental note of what their child is wearing or take a picture before a big outing, since that information is critical if the child goes missing.

Before you head out to a crowded event or destination, dress your kids in clothing that helps them stand out. If you have multiple kids, consider having them wear a matching color or pattern.

If you’re especially concerned or have a son or daughter who’s prone to wandering off, you could also purchase a kid-friendly wearable GPS tracker.

And if your child is old enough to carry a cell phone, make sure it’s turned on and has GPS enabled.

“It can be tracked in an emergency,” Jex says.

From Kings Island to Medusa's Slidewheel and more, here a few last-minute excursions to enjoy with the kids before the new school year.
Read more
Attractions