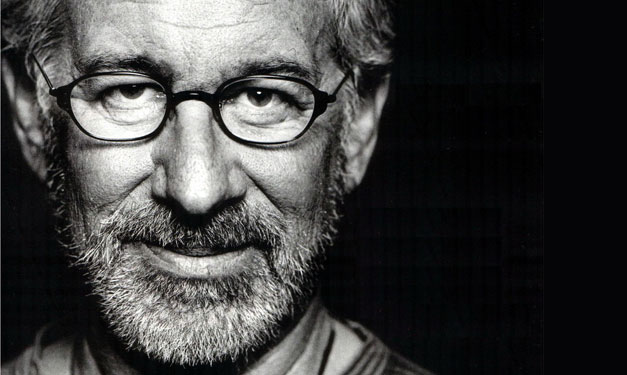 Every generation has its Steven Spielberg film. Some shed a tear or two over an alien in ’80s classic E.T., and newer parents had Jurassic Park, the 1993 film that made us thankful not to live in the times of the T. rex.

Now, it’s time for our kids to experience two of the legendary director’s much-anticipated features, the 3D animated The Adventures of Tintin (PG) and live-action War Horse (PG-13), within a week of each other this holiday season (the first on Dec. 21, the latter on Dec. 25). Based on the popular comic books about the titular character’s search for a sunken ship, Tintin is “one of the best experiences in terms of just having pure fun as a filmmaker since E.T.,” Spielberg told Metro Parent.

The director had a lot more to say about both films in our recent interview: why War Horse and Tintin aren’t just for kids, how he balances fatherhood and filmmaking, and what he loves about both stories.

Many of your movies are about everyday kids who do extraordinary things. Why are you drawn to these types of movies?

I’ve always been drawn, ever since my own childhood – which seems to continue in my growing years – to the empowerment of young people.

I just think it’s so powerful when a young person suddenly has to take the circumstance he finds himself in and become a hero. It’s really interesting to me that a lot of my movies have been about young kids who get to rise above the conditions we put them under to achieve something wonderful. That’s what it happens with Tintin and that’s what happens in War Horse.

How do you manage to juggle being a father to six children and a successful career?

My first child was born in 1985 and my entire paradigm changed. Everything from that moment on had to do with my kids’ well being – and my career suddenly became a second choice. I do not know how I balanced it, but they help me balance it – they really do.

How does being a father and a grandfather fuel your desire to make Tintin and other movies that you’ve made recently?

As a parent, I tried to be responsible not to put any potty humor in a film like this. Kids will feel that we’re talking down to them. Tintin is as much fun for adults as it is for kids. I wanted to make a movie that moms and dads and kids could see.

War Horse, on the other hand – I just love horses. We have 12 horses where we live, and I just fell in love with this play and with the book and thought that it would be a real gift for people to hear the story.

How much has reading great books influenced your creative process?

I’m a reader, but I am a dyslexic reader. I was diagnosed six years ago with dyslexia. I didn’t even realize that I had it since birth. I’m much more involved in visual media, but I do read and I have to read because I have to read scripts and I have to read books to make determinations if those could be films or not. So as an adult, I am reading so much more than I read as a child.

Will War Horse and Tintin be as nostalgic for adults as Super 8, a movie you recently produced?

Tintin may have nostalgia if you’re into adventure and you love all those old adventure films: Indiana Jones, Thunder Dan and all those great adventure pictures. In that sense, it’ll probably take you back a couple of decades.

War Horse is not so much nostalgic; it’s a very, very heartfelt story about this young boy who is given a horse. This is a story of what one young boy does – and to what length this young boy will travel – to rescue his horse.