With news reports about chemicals in food, a local dietitian weighs in on how families can make sure their food is safe. 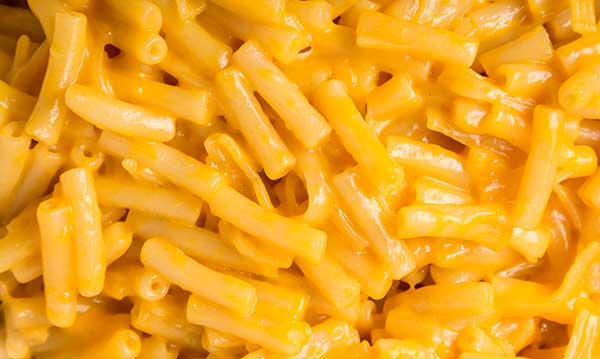 What’s really in our food?

That’s a question many parents are asking amid recent news reports of chemicals in food.

That includes one particularly popular kid staple: mac and cheese. A recent study found phthalates – a type of chemical linked to health concerns – in certain boxed macaroni and cheese products.

The study looked at 30 mac and cheese samples and found phthalates in all but one, The New York Times reported in July. It was more concentrated in products with powdered cheese.

“I have to say I wasn’t surprised,” Feldman, who is based in West Bloomfield, says. “There are so many chemicals, toxins, pesticides in our food supply that really nothing at this point would surprise me.”

A lot of the exposure comes from the packaging of food or the food production process, she points out.

And the recent reports are only the latest in an ongoing discussion over chemicals getting into our food. Just last week, Senator Chuck Schumer asked the FDA to investigate chemicals in fast food packaging.

How to tell what’s safe

For busy families, it’s a lot to keep up with. How can parents know what’s safe, and which foods should they avoid?

For starters, families should know that the chemicals found in certain foods are still in amounts considered safe by the Food and Drug Administration. But families may still want to limit overall exposure since the effect of multiple chemicals, multiple times a day hasn’t necessarily been studied, Feldman says.

“We haven’t been producing food in this way for long enough for us to have really good long-term data,” she notes.

“I will say this, I’m very, very practical. I’m a mom of three kids, I’m on a budget and I know that sometimes food choices need to be quick and easy and fast,” Feldman says, and she keeps that in mind when working with clients. “When I first started as a dietitian 20 years ago, non-GMO type items seemed like a luxury. I’m not so sure it’s such a luxury anymore.”

Resources like the Environmental Working Group’s “Dirty Dozen,” which lists fruits and vegetables with the most pesticide residue, can also be helpful to reference, she says.

In addition to offering your family fresh fruits, vegetables and unprocessed foods as often as possible, you can watch your chemical intake by reading ingredient labels at the grocery store – or at least checking their length.

“Generally speaking, if there’s a long list of ingredients and you can’t pronounce a lot of them, that’s not great,” Feldman says. “Short ingredient lists are a good thing to look for.”

And don’t be fooled by packaging that promotes an item as “all natural,” for example.

“Just because something says that it’s natural doesn’t necessarily mean that it’s good for you or healthy,” she says. “Your kids should be going to the fridge to grab their snacks rather than the pantry nine out of 10 times.”

Also try making your kids’ favorite foods like macaroni and cheese at home.

Overall, it’s best to focus on a lifestyle of healthy eating, Feldman recommends.

“Moderation is such an important word when it comes to this conversation,” she says.

Be “consistent and unemotional” about food prep and educate your kids about healthy eating.

“It doesn’t feel good to a child to just be told ‘no’ all the time,” she says. “Teach your kids what is good for them.”

And if that doesn’t work, see a registered dietitian for next steps.

“It’s a parent’s responsibility to be educated, just like you make your kid wear a seatbelt or a helmet,” she says, pointing out the impact of diet on a child’s mood, activity, behavior and more. “There’s nothing more significant than what you feed your kid as far as how it impacts their overall health.”