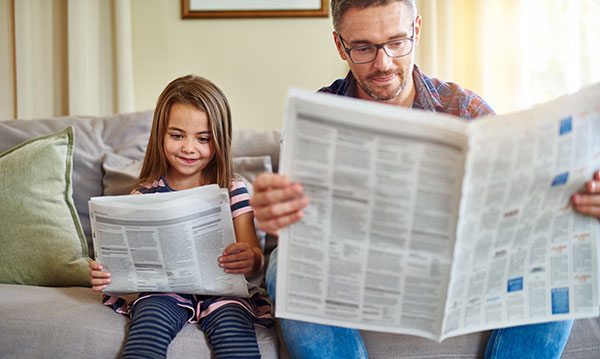 The news media is in the news once again – and this time it’s about how it could be impacting our kids.

The study, “News and America’s Kids: How Young People Perceive and Are Impacted by News” surveyed 853 children in the 10-18 age range and found only 42 percent of kids feel the news media covers issues that matter to them.

Even when the issues kids care about are covered, 69 percent of kids surveyed reported feeling misrepresented by what they’ve seen in the media and would like to see more issues covered from a young person’s perspective.

About 70 percent of kids said they feel smarter when they’re informed and 50 percent felt the news made them more prepared to make a difference, Kidscreen reports.

Racial and gender bias was a common concern found in the survey results, with half of kids responding that non-white children are portrayed negatively in the news and only 34 percent agreeing that men and women are treated equally by the media.

Another concern for parents will be how respondents said the news made them feel. For example, 63 percent of kids said the news is “disturbing” and makes them feel afraid or angry, according to Kidscreen.

Kids were getting most of their news from social media, followed next by family and teachers, Kidscreen reports. And when it comes to “fake news“? Just 44 percent of kids surveyed could tell the difference between authentic news articles and fake stories, the study found, and 31 percent of kids who have shared a news story in the last six months said they later realized something they posted was wrong or inaccurate.

This study isn’t the first to point out concerns with youth and media. In January, Metro Parent wrote about a recent study that also found students have a hard time deciphering between real and fake news.

To help with that, Wayne State University communications professor Lee Wilkins recommended in the article that parents ask their kids a few important questions to help grow their media literacy – how to read media – and their news literacy, which refers to an understanding of what constitutes authentic, professional news.

Those questions include the following: How do you know that? What is your source? Where did that post come from? Who made it? Why do you think that’s a good source? Why do you trust it?

For more insight on kids and the media, read the full Common Sense Media study and find more tips for teaching your kids about media literacy.