Need advice on making things work with your ex? Commit to do right by your kids with these helpful co-parenting tips from southeast Michigan couples and experts. 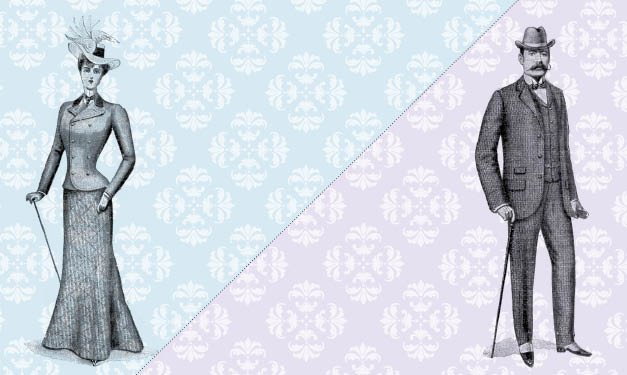 “I saw the texts Dad sent you last night,” my eldest son said to me recently. He hung his head sadly.

We had amended our parenting time schedule to accommodate some work travel for me, and I was planning to take my son to lunch on his birthday since I wouldn’t see him that day. His dad didn’t want me taking our son to lunch on what he saw as “his time.” He spit at me in text messages. I spit back, having not learned even five years after divorcing to just not engage in the madness.

It’s ridiculous that my ex and I still have bouts this long after we split; it’s even worse when the kids get tied up in our stupidity.

“Dad told me you were going to say bad things about him,” my son said. I never disparage my ex to our children, yet I had to reassure my son. He knew it would never happen, but I could see how much it hurt him to even consider the idea. And it should. No kid asks to be part of a divorce scenario, and they shouldn’t have to bear the brunt of adult mistakes.

I told my son we both love him, and said it isn’t fair to involve him in our bad behavior. I’m not proud that I still can’t play nicely with my ex all the time.

Divorce can bring out the worst in us. Perhaps there’s lingering hurt because one person left, or someone cheated, or someone fell out of love.

But whatever the reason that prompts a split, it’s never OK to drag kids through the mud. They are part mom, part dad, and if ex-spouses can remember that, they’ll be on a good path to successful co-parenting.

“The biggest obstacles to successful co-parenting are emotions,” says Alisa Peskin-Shepherd, principal of Transitions Legal, a family law practice in Bloomfield Hills that specializes in mediative divorce. “Emotional obstacles are usually anger, resentment and jealousy. Often parents have a hard time separating those feelings toward their former spouse from their attempt to focus on their children.”

It may be easier said than done to “focus on the children,” but here are seven tips for doing it well from local parents who are succeeding in co-parenting without resentment.

Take time to reflect on how your behavior and your decisions are affecting your child, says Peskin-Shepherd. “Especially where there is constant disagreement, try to accept that you are not going to change the other person and find a way to make something work without being dependent on the other parent’s response.”

If you can’t do it yourself, consult a “co-parenting coordinator,” attorney or counselor – with or without your ex-spouse. Having an objective third party guide you can be incredibly helpful.

“Our expectations that two people who didn’t get along when they are married will suddenly be able to co-parent without some help is not reasonable,” Peskin-Shepherd says.

It is imperative for ex-spouses to heal fully from the pain of divorce if they plan to co-parent effectively, says Alison Willett, a Birmingham resident and psychologist who has worked with high-conflict divorce and is the mother of three daughters and two step-daughters.

“People going through divorce need to take the necessary time to grieve the end of this major relationship and remember that at one time, they loved or cared about the other parent,” says Willett. “When parents are psychologically intact, it will be easier for them to put the needs of their children first.”

2. Play to your ex’s strengths

“You probably know your ex-spouse better than anyone else,” says Chris Tucker, Oak Park father of Finn and Simon, and step-dad to Lucas. “Play to those strengths – not in a manipulative way, but in a spirit of making the best use of one another’s talents.”

Tucker has his boys two-thirds of the year; their mother visits monthly from Virginia and takes them over school breaks and summer. Tucker, his wife, his ex-wife and her husband work well together to parent the children.

“We like to think of ourselves – Colleen, her husband, my wife and I – as members of a family ecosystem,” says Tucker. “This means that everyone involved is invested in and accountable for raising our kids, and it goes a long way in building trust and mutual respect.”

Effective co-parenting does not require friendship, says Shaindle Braunstein-Cohen, West Bloomfield mother of Seth, but it does require cooperation.

“My ex and I get along when we have contact, but we never have contact outside of our son,” she says. “When my son wanted to show his dad his new room in our new home, he did. Successful co-parenting involves only one thing: loving your child more than you hate your ex.”

Because her ex moved out-of-state, Braunstein-Cohen has her son full-time. However, when he wants to see his dad or vice versa, they bend over backwards to make it happen. “Sure, that meant I had many holidays without him, but it wasn’t about me,” she says.

It also does no good to stay mired in the past.

In that effort, Peskin-Shepherd advises divorced parents to put everything in writing and kindly communicate your plans to the other parent, to establish a path of collegiality – even when you don’t have to.

Vacation time and money issues are common post-divorce problems, she says. “Parents can agree on how to pay for extracurricular activities, summer camps, boots and winter coats,” she says. “Have a mindset of cooperation to avoid problems. Likely the compromise your ex-spouse is asking of you today will be the one you need tomorrow.”

Come with a plan for co-parenting together with this advice.

Keely Henry did not want the ugliness of her divorce to run her life or affect her son, Sullivan. “I knew I could not let this ugly experience lead our lives,” she says. “I was going to have to communicate with my ex over the course of our son’s life. The only thing to do was set the ideal on a higher notion, above emotional distress.”

Henry and her ex celebrate holidays and birthdays with Sully together – including Henry’s new life partner and her ex’s partner, the woman he left her for. “We all collaborate on my son’s parenting, with his dad and I as the final sayers,” she says. “It really is simple. Set the goal for the higher, not the lower.”

Thirteen years after their divorce, Jodi Rubin and her ex-husband still disagree about the same things they didn’t agree about when they were married. But they’ve reached a place of mutual respect and effective co-parenting for their three children, Jordan, Paige and Ethan.

So he lets them play video games more than you do or keeps them up too late on a school night. So what? Unless the kids are truly in emotional or physical jeopardy, let go of the need to control every moment of their lives. What happens at the other parent’s house, stays there – and vice versa.

“It’s not about you,” says Rubin, a Royal Oak resident. “Instead of worrying about each other, worry about the kids. It’s a parent’s job to turn their children into productive and emotionally healthy adults, and you can’t do that if you’re focused on each other.”

It doesn’t help when your mother complains about your ex or his father sends nasty emails. A support system needs to remain impartial and follow the same co-parenting advice: Keep all eyes on the kids and not on the nasty details of your breakup.

“There were times I had to check my mom as she ranted and raved about what went down,” Henry says. “Or girlfriends – awesome friends who had not been married or had children – not understanding how I could handle some of the things the way I did. There were moments I could hardly do anything but scream and cry – and I did, but on my own watch. There will be tough times. You can get something positive from them.”

Linda Ferrante’s divorce runs smoothly because she and her ex involve their respective ex-inlaws in raising their son, Anthony, 10. The Farmington Hills mother encourages her son to call his father’s parents on holidays and her ex asks her parents to baby-sit. The village they’ve created to raise their son works well to give him a sense of security and safety, she says.

7. Check your ego at the door

While it is tempting to play into the “lizard brain” fear that your children will love your ex more than they love you, it’s immature and stupid. Resist the urge.

“It’s easy to see your ex-spouse as a threat,” says Tucker. “Remind yourself that your ex is also your children’s parent and would also step in front of a bus for them. Trust that they also have your children’s best interests at heart.”

Says Braunstein-Cohen, “Be totally honest with yourself. Everyone has ego involved; they want their child to know they were not at fault, that they are a better parent. Let it go and really think about what makes your kids happy.

“Obviously you don’t agree or sometimes even like each other very much – that’s why you got divorced,” she adds. “Get over it.”

Find more advice on parenting after divorce. Read the 10 commandments of co-parenting here.