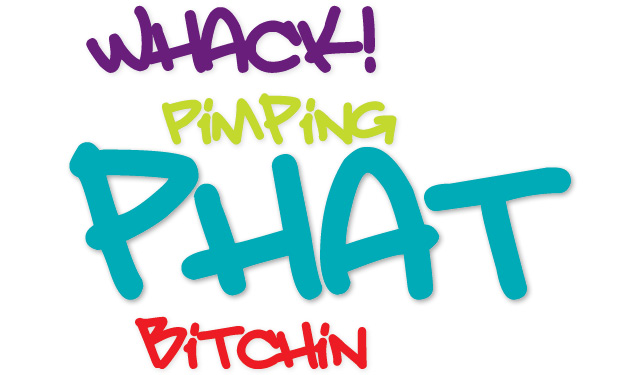 Attention, moms and dads: If you’re familiar with sayings like cool beans, kidding on the square, the cat’s meow or hunky dory, the following information – though perhaps confusing and contradictory – may help you better comprehend the world around you. Please, don’t get all jiggy with it. Simply chill out, chow down on some gnarly munchies and scope this totally rad jazz.

According to pop-culture slang, my children’s attitudes are whack. From what I’ve compiled in my personal, teen-slang-to-mommy-language notepad, whack – loosely translated – means not quite up to standard. Whack can be used to refer to siblings, teachers and parents: “Like, my parents are so totally whack.”

In some cases, whack can also describe a violent act, such as getting killed or killing someone, as in the phrase, “They whacked Uncle Guido.”

With this new definition of whack, the children’s song “This Ol’ Man” takes on an entirely new meaning – not that I ever understood that song to begin with. Unfortunately, I have imagined what one of today’s rap artists might do to it:

Hmmm. Maybe I’ve been researching this subject a little too long.

Another new language twist allows me to use the phrase “My husband is pimping” without suggesting that I am a prostitute or that he has a stable of women who supplement our income.

Not that I can imagine why I would ever consider using this term, but “pimping,” as near as I can figure, is supposed to be a compliment. As with the recent term “fly,” and the 1960s term “bitchin’,” I figure that if you’re pimping, you look … rad. Or is it jazzed?

Oh, well. Simply put, pimping is basically another way to say, “You look very nice.” At least I think that’s what it means. Personally, when I once watched the MTV Awards and the master of ceremonies called two awards presenters “pimping,” I had thought it was because they looked like a pimp and a prostitute. Apparently they were “dressed to the nines,” MTV-style. Go figure!

Speaking of dressing to the nines, I have to ask: Whas up with that? As in, do nines dress better than eights or something? Where do such phrases originate?

I’ll admit that I don’t understand all of the slang terms and phrases kids use today, but isn’t that sort of the point?

The original concept behind slang probably was based on a secret-code language some cave child developed, so he could communicate with his cave friends without his parents understanding what was going on. This is probably why there seems to be no rhyme or reason to most slang usage. In fact, various factors come into play when attempting to translate slang.

Age, locale, attitude and even particular situations can help determine appropriate slang definitions. One perfect example of the slang variable is the previously mentioned “bitchin’.” The term bitchin’ can be used to describe a multitude of pleasant-looking things from attractive people to souped-up cars. Bitchin’ also refers to a person’s attitude, as in “Alice, quit your bitchin’.”

Crankin’ no longer refers simply to starting a Model-T engine but may be used to describe something appealing, as in the phrase “Edna, isn’t Margaret’s blue hair crankin’?”

Today’s kids can start mapping out their career path as early as preschool. Here, a Macomb County expert offers insight on how you can take an active role in the development of your child’s future plans.
Read more
Sponsored Content