The Effects of Sibling Aggression 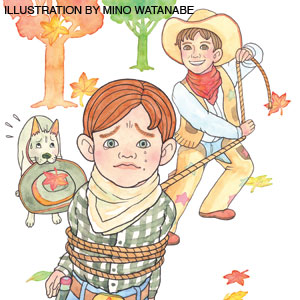 Whether your daughter tells her younger brother that he can’t go to the movies with her because she thinks he’s annoying, or your son decides to rip Barbie’s head off because he’s upset with his sister, siblings are going to fight. Some tiffs are worse than others, but most parents see them as a part of growing up.

However, according to a new study, these acts of aggression can actually have a negative impact on a child’s mental health.

The study, which is titled Association of Sibling Aggression With Child and Adolescent Mental Health and was published in Pediatrics this year, closely examined these sibling dynamics – and found that about one-third of kids reported being a victim of sibling aggression.

Maybe sibling rivalry is the culprit of some aggression between your kids. Get tips on how to it.

“Kids who had reported experiencing any of these types of aggression reported worse mental health,” which includes depression, anxiety and anger, says Corinna Jenkins Tucker, associate professor of Family Studies at the University of New Hampshire and lead author of the study.

This kind of aggression, which most commonly involves boys, is much like bullying, Tucker says, and should be taken just as seriously.

“We put peer bullying and sibling bullying within the same model,” she says. “What we found, generally, (is) that both being a victim of sibling and peer bullying was uniquely linked to mental health functioning.”

In the study, more than 3,500 children and adolescents throughout the United States were called and interviewed, and interviewees were split into two groups: ages 0-9 and 10-17. When called, parents or caregivers of children ages 0-9 answered the questions on behalf of their kids, while children ages 10-17 responded to the questions on their own. Participants were asked things like, “Has your brother or sister ever stolen from you?”

Psychological aggression comes in the form of saying mean things to a sibling or making him feel as though he isn’t wanted around.

Property aggression includes stealing items or breaking them on purpose.

The two forms of physical aggression were mild and more severe. Mild did not include a weapon or result in injury, whereas more severe involved a weapon or ended with injury.

While many parents may dismiss these sibling squabbles as common and perfectly normal, experts warn that this form of aggression is just as impactful as bullying.

As parents, the decision to break up an argument or send your children to their rooms is easy, but that doesn’t mean it will stop the aggression – or teach kids better ways to deal with their emotions.

The way kids fight with their siblings mirrors how they’ll interact with their romantic partners in the future, Tucker says. So parents will want to teach their kids productive ways of getting along – which includes reasoning, perspective, taking and giving.

When kids are younger, they may need help coming to solutions that don’t involve hurtful words or acts of violence, so this is where parents step in.

“Help them identify what the issue is and what the solutions are,” Tucker says. And then, have the kids choose the solution.

After you’ve acted as facilitator, kids will learn those skills, so mom and dad don’t have to get as involved next time.