The Gift Inside the Box Kids Book Teaches Generosity

Michigan native mom-dad team Adam Grant and Allison Sweet Grant create a powerful lesson in giving with their book, The Gift Inside the Box. 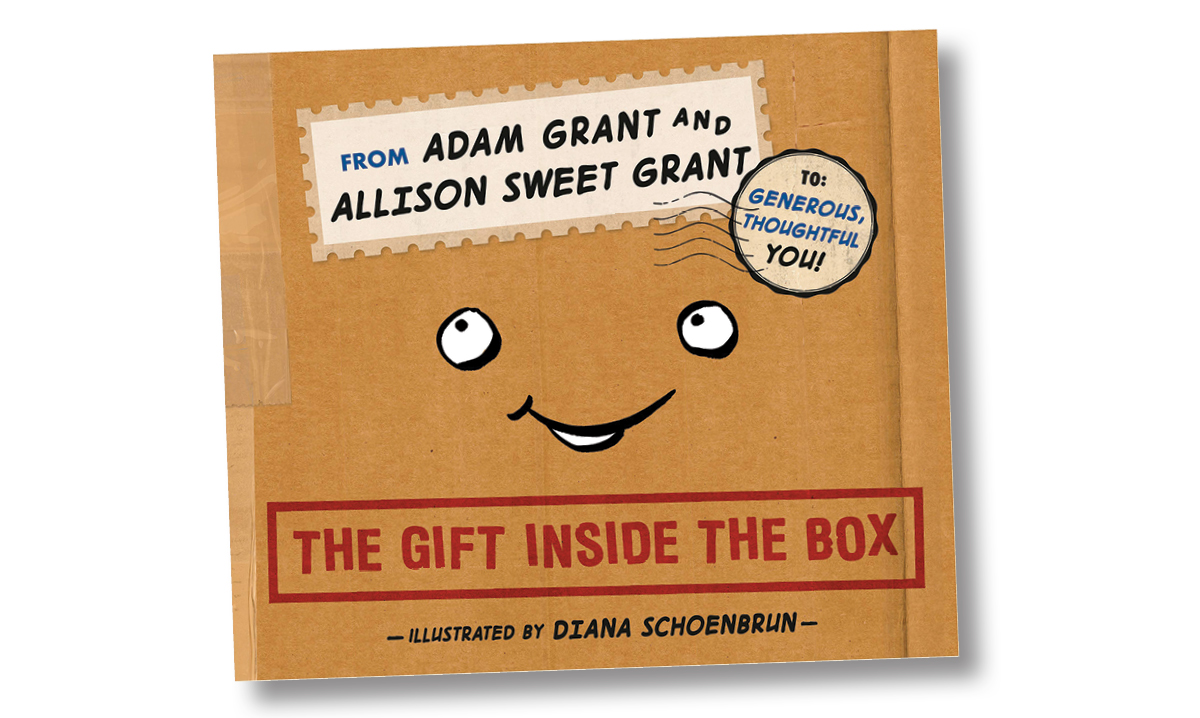 Who will open a mysterious gift box? That’s the premise of a new kids’ book by West Bloomfield native Adam Grant and Allison Sweet Grant.

In The Gift Inside the Box, the dad-mom writing team introduces us to a cardboard package searching for his proper recipient. On his journey, the hopeful gift gets pretty bummed out. That’s because he encounters plenty of “grabby kids, selfish siblings” and others who aren’t quite the right fit.

Just when the box begins to lose heart, he discovers the answer (hint: it’s in your hands!).

“We thought it would be really fun to write a book about a gift box that doesn’t actually want to join the child who says, ‘Oh that’s mine! That’s for me!'” he says, “but instead is searching for a giver, who wants to gift the box to someone else.”

The book cover itself is designed to look like the brown box that stars in the story; it even features a fun Velcro cover for a full “unboxing” effect for kids opening it up.

Grant – whose Give & Take book for grownups focused on how most people operate as givers, matchers or takers at work – also has insights for teaching kids to be more giving.

“It’s actually more powerful to praise their character than the behavior,” he says in the video. So, for example, when you catch kids doing good, don’t say “Thank you for giving,” but rather, “Thank you for being a giver.” Same thing with help, he says: Try, “You are really helpful” instead of “That was really helpful.”

The book is geared at kids ages 5-8 (grades K-3), Amazon notes. That leads up to a key age for parents to praise their kids’ character, Adam adds in the video: Around 8-10, kids really internalize that message and are forming “a clear sense of self.”

But younger kids can benefit too. “Even toddlers, they want to earn and own that identity of being the kind of person who helps,” he says.

Parents can be a powerful influence in teaching generosity by being role models too, he adds. With The Gift Inside the Box, the Grants, who now live in Pennsylvania, are aiming to spark that message for kids and parents alike.

Snag a copy of The Gift Inside the Box for under $12 on Amazon.