The Importance of Date Night for Parents

Forget the excuses. Forget the guilt. It's really good for your relationship and your kids. Here are some tips on scheduling this special time. 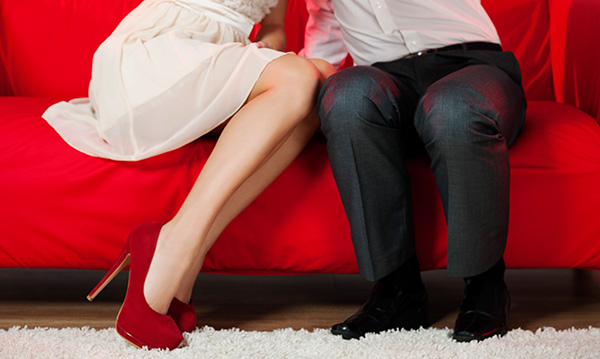 After the birth of her first child in 2009, Jaclyn Magnotte felt guilty. Leaving her son to work outside the home full time was hard enough. But when she wasn’t at work, she felt the pressure to be with him all the time – leaving other relationships, including her marriage, to suffer.

“We both work full time and since we have a sitter during the week, we felt ‘how dare we’ use one on the weekend too. Our relationship was then based around our baby, and we no longer spent time just the two of us,” says Magnotte, a mom of three from Sterling Heights. “It wasn’t until after our second child was born that we started to do date nights without our kids. We took our first-ever vacation without children and didn’t let anyone make us feel guilty about it.”

The Magnottes are not alone. Many parents are so overwhelmed with their kids that they underestimate the importance of regular date nights. With crazy schedules, exhaustion and the cost of babysitters, parents often forget to focus on their relationship as well.

Carol Agnew, a licensed marriage and family therapist with Solution-Based Counseling Services, LLC in Clinton Township, says parents have to think of their relationship in terms of airplane safety.

“When the air masks come down, you are instructed to do yours first and then the child’s,” Agnew says, adding that the same applies to marriage. “If you don’t make time for yourself and your relationship, it’s going to be very bad. If you ignore the relationship that brought you the kids, you won’t have a family anymore.”

Agnew says that parents – especially the parents of young children – can often feel distant and detached from each other, but having regular date nights reinforces the relationship. And it’s good for the children as well.

Overcoming the guilt and exhaustion

Like Magnotte, Charlene Williams, a Macomb Township mom of three, and her husband got caught up in their first baby.

“We rarely left him,” says Williams. “We had our second baby, and she was a couple of months old when we decided we needed to make date night a priority. We decided to do it about once a month.”

Now, in hindsight, Williams can truly appreciate the importance of date night not only for her relationship, but also for her children.

“Having that one-on-one time with your spouse ends up making you a better parent,” Williams says. “Our kids need time with other people too. You wouldn’t think that your clingy 18-month-old needs time away, but they do. They interact with other people and often get a different kind of attention than we give them.”

Williams says there were some days when it was hard to think about date night. After being with her children all day, powering through sleep deprivation and, as a nursing mother, feeling afraid of depleting her milk supply, Williams says it was often easier to consider just staying home. She recommends going through the motions anyway.

“Once you are out there and moving without your kids, you will feel better,” Williams says.

“Couples need to find something that they enjoy doing together,” Agnew says, adding that date night doesn’t have to be elaborate. She says bowling, bike riding, taking a walk or even going to the gym together can constitute a date – as long as you are together and are making a conscious effort to interact.

Magnotte says she and her husband spend time together as a couple every night.

“After the kids are in bed, we stay up for a couple more hours, usually watching a show. As far as a night out together, we do that at least once a month,” Magnotte says.

Date night for the Magnottes usually includes dinner and drinks out or going to friend’s house, but it doesn’t have to mean spending a lot of money or time planning.

“A night out doesn’t have to be expensive. It could be an evening walking around downtown or just staying in and renting a movie if the kids are spending the night somewhere else,” Magnotte says.

Date nights for the Williamses often include trips to regular restaurants, local festivals, beer tasting and anything that allows them to be together without too much noise, so they are able to talk and reconnect. They try not to talk about the kids – or the business they own together – but instead converse about topics they’re both interested in.

“We are both aware of social and political topics, so we talk about those and what was on NPR that day,” Williams says.

For Williams, the added work for planning something elaborate makes it feel more like a chore. She said the simpler the date, the more often and likely they are to go.

The Magnottes have taken date night a step further. They have gone on several trips without their kids – and the Williamses will get a chance to travel without children in the spring. However, a getaway doesn’t have to mean a week on a cruise ship or a plane ride to another city. It can just be a trip down the road.

“We’ve done staycations and gotten a hotel room for a night. It’s nice to wake up on your own, in a bed where the kids aren’t jumping on you,” Williams says.

When the Williamses were living in California, date nights could get particularly expensive. Aside from the cost of any activities, they also found it difficult to find an affordable babysitter. In order to make it work, date nights weren’t extravagant. As long as they were together, she didn’t care.

“We knew we needed to dedicate time to ourselves or we were going to lose each other really quickly. By lose, I don’t mean divorce. I mean lose what brought us together in the first place,” Williams says.

Williams and her family recently returned to Michigan where they have family support. She and her husband decided to bump up their date nights.

“We pick a day and try to go out at least two times per month, but we really aim for four times,” Williams says. “Our date nights are not exciting by any stretch of the imagination, but for me that doesn’t matter. It’s about us being together without the kids.”

Agnew says that work, children’s schedules and other responsibilities can often take precedence, but date night needs to be put on the schedule as well.

“An actual physical date night should happen once a month at least. You also need to schedule time together at home. It doesn’t have to be sexual, but you need to spend time together,” Agnew says.

What about the kids?

Magnotte says family and friends are some of her go-to babysitters.

“As new parents, we always have family that couldn’t wait to get some time with the new baby. Let them! A friend or family member offering to take the kids so we could catch a movie really do mean it – they want to watch the kids,” Magnotte says. “It was always easiest to go out for a late dinner, to make it easier on the sitter. If they know that all they have to do is give a bath and put them to bed, they are much more likely to offer.”

Agnew, who is also a mother of four, says her family has a lot of luck with the website Care.com. With no family in the area to help with babysitting, Agnew says finding a babysitter for four children is not easy. Using the site’s background checks and references, they have been able to find reliable sitters that her children really like to be around.

Magnotte says the kids are important, but so is her marriage. Her advice to all parents is to take every opportunity to spend time as a couple.

“Do it – and often. Don’t let others guilt you into being away from your kids on a Saturday,” Magnotte says. “Make time for each other. After we became parents, it definitely made our relationship that much harder. At one point, we were both just exhausted and never had time for anything besides the kids. By the time we had our third child, our relationship was better than ever.”