The Truth Behind the Label

The best way to buy healthy food is to read the label, but what if it's trying to mislead you? 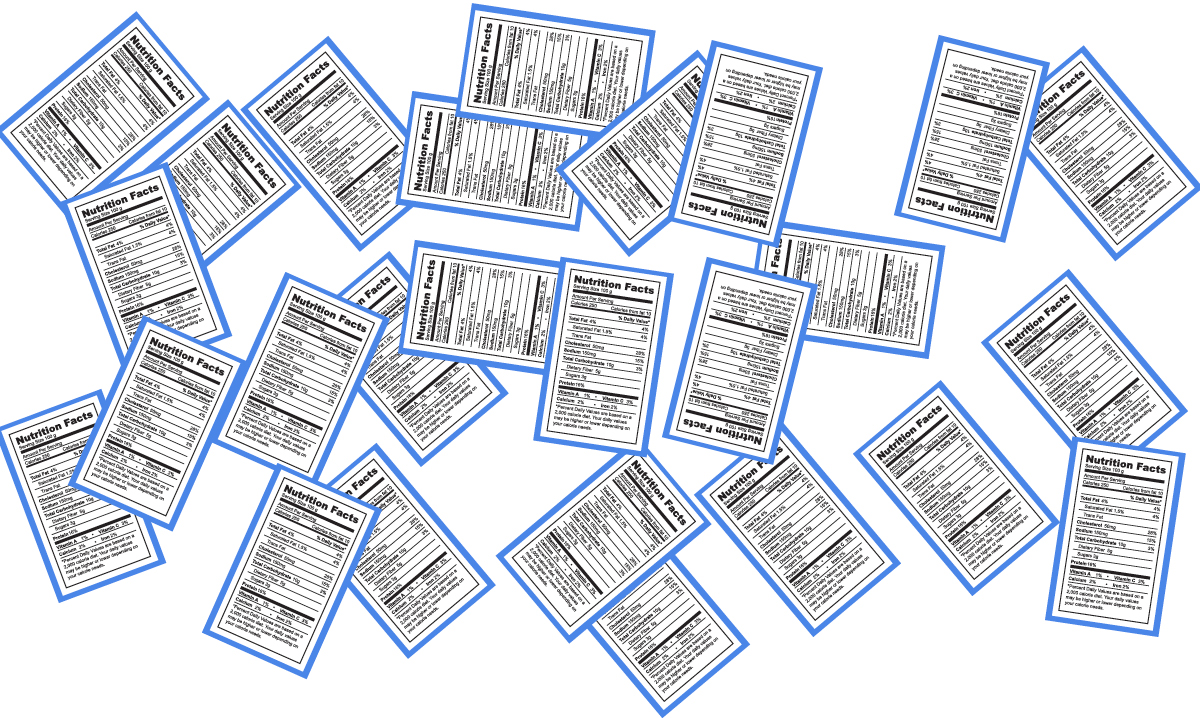 Picture this: you’re walking through the grocery store trying to find food that’s healthy, nutritious and safe for your family. You see some strawberries that scream “GMO-free” across the packaging, so you toss them into your cart because they must be healthier. But all strawberries in the U.S. are GMO-free, even though the packaging might not say so. So how can you tell which labels to trust and which are just marketing tactics? Registered dietitian Michael DeAngelis, vice president of Integrated Communications for New England Dairy & Food Council, says it’s time to think critically about food labels.

“Some labels are tied to specific rules and regulations,” DeAngelis says. However, many are used to give one product a marketing edge over another. “It’s unfortunate, because we have people steering clear of products that are perfectly healthy, perfectly good and perfectly delicious because they’re fearful of something that’s just not factual.”

“Clean,” for example, is a term often used on food packaging in hopes of attracting the health-conscious consumer. But, according to DeAngelis, the term has no definition according to any regulatory body. “It’s completely a marketing term that people throw around.”

Generally, consumers looking for “clean” options are seeking food with labels they can easily read or foods that are minimally processed. DeAngelis believes dairy fits into this perspective. “Milk has three ingredients: milk, vitamin A and vitamin D. I’d consider that a simple, clean food. Although it is pasteurized for food safety, it’s a minimal form of processing.”

The processing that milk goes through doesn’t impact how healthy it is, but helps to ensure it’s safe for consumption and meets the consumers’ demands.

“If you were to have milk in its natural form, it would separate. That’s what it used to do, and people didn’t like having to always shake their milk. So as the years went by, people pointed out that they prefer their milk to be homogenized, which keeps the cream from separating. Now that’s pretty much the standard, but it’s technically a process,” he says. “Processed doesn’t necessarily mean it’s bad.”

For those who think an easy-to-read ingredient list is the key to good health, think again.

“I was at a meeting and asked, ‘Who here had dihydrogen monoxide today?’ Everyone looked worried,” DeAngelis says. “But that’s just a chemical name for water.”

When you see the chemical name for something, it might not be as scary as it looks.

Citric acid, for example, is naturally occurring in citrus fruits and many people have enjoyed citrus for their entire life! “You might add citric acid to something to help preserve it, or to add flavor or acidity to it. Those are safe and healthy things, but they look bad when it’s a chemical name on the label,” he notes.

What about the “non-GMO” labels? GMOs are bad, right? Wrong.

DeAngelis points out that GMOs have been around for a long time yet there is no evidence showing any negative health effects for anyone as a result of consuming genetically modified or bioengineered food. “It’s just the unknown that people fear. They don’t understand what it is, so they are concerned.”

GMO is another way to say something is bioengineered, says DeAngelis, comparing it to an enhanced breeding process.

“Typically, you would take two crops with desirable traits and crossbreed them to have those desirable characteristics,” he says. But with that process, you can have mutations. “What bioengineering does is looks at those desired characteristics on the genetic level and then inserts that gene into the seed. That way we don’t end up with uncontrolled consequences.”

Still, many insist that GMOs add things to our food unnecessarily. “It’s just not true,” he emphasizes, and many GMO advances have helped our crops become disease resistant. “Papayas were going to be extinct unless they found a solution for a viral disease. Bioengineering solved that.”

“Organic,” however, is a legitimate term with real regulations. Organic specifically speaks to the production practices used by the farm.

“A lot of times it has to do with what kind of fertilizer and pesticides are used to raise a crop. Organic farms still use pesticides,” DeAngelis adds, “just non-synthetic ones.”

Milk and milk products that are labeled “USDA organic” are made using milk from cows never treated with antibiotics. But DeAngelis notes that all milk sold in the U.S is actually antibiotic-free.

When a dairy cow falls ill and needs antibiotics, it is permanently moved to a non-organic producing herd. However, that dairy cow’s milk must test clean of antibiotics before the cow is allowed to produce milk for consumers again. “Whether it’s labeled or not, it doesn’t matter. The milk is antibiotic-free,” he says.

Although DeAngelis says while there’s no scientific evidence finding that organically-produced foods are safer or healthier than conventionally-produced product, “it does meet some people’s values – that they just want it to be produced in a particular way – and that’s perfectly fine.”

A matter of values

When it comes to buying food with your values in mind rather than dietary needs, many consumers look for labels like “responsibly sourced,” “grass fed” or “cage-free.”

“Nowadays, consumers want to know farmers are raising food or animals in a way that’s not negatively impacting the environment,” he says. “Be assured that all farmers are looking to leave the land better than when they received it.”

Especially
on family-operated farms, though, farmers are always looking for ways to
produce crops and livestock responsibly. “Be assured that all farmers are
looking to leave the land better than when they received it.”

So what labels should you be on the lookout for? DeAngelis says that if you have any dietary restrictions, sensitivities or allergies – or if your doctor has advised you to stay clear of something – then those should be avoided. Also keep in mind that anything labeled “raw” should be eaten with caution. Raw can potentially come with pathogens normally killed during cooking or ‘processing.’

Beyond that, “the best thing you can do is eat a variety of foods from a variety of sources. Eat a balanced diet and enjoy.”

Brought to you by United Dairy Industry of Michigan. Learn more at milkmeansmore.org.